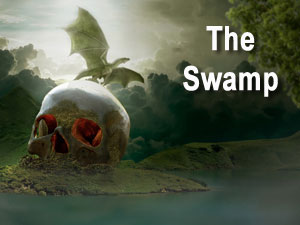 The Movie Plays On

Everything is at extremes: The market, certainly; real life, not much semblance of reality, and perhaps approaching an extreme, but I don’t think we’ve seen anything yet!

I was at my local grocery store the other night maskless, of course, getting a few odds and ends. I’ve been properly trained to bring along my own bags (plastic bags were frowned upon at one point, but now they’re OK, it seems).

In any event, they make you pack your items into your bag yourself. I’m not even to going to hazard a guess as to the logic in THAT new rule.

The lady at the till, who was wearing a mask, then specifically asked me to also stand behind the large plexiglass “window,” as well, which caused me to reach somewhat beyond my capacity to do so, in order to grab my goods.

I can only conclude that this woman was extraordinarily fast asleep, as has little capacity to reach here own conclusions as to what’s really going on. She’s somewhere in the centre of the herd, so to speak. Actually, 99% of Canadians appear to be in a deep coma — completely brain-washed as to what’s actually going on. Unfortunately, they wouldn’t believe me if I told them, so I don’t.

But the movie goes on and these bit actors don’t realize they’re playing a role. Actors are not known for their awareness of what’s going on in the world (I say that based on my extensive experience working with them for over 45 years).

As an award-winning director (and editor) for over that same period, I’ve produced many, many videos involving actors, animals (not my favourite!), and crowd situations. That’s why it was so obvious to me that the inauguration was pre-taped (and amateurishly edited). It’s also why I know that all the scenes with Joe Biden in the Oval Office are also fake — shot on a sound stage, a replica of the Oval Office, owned by Castle Rock Studios. My goodness, you can see the overhead lights in the windows from time to time.

Well, so was the breach of the capitol building on January 6, which was what the recent, highly questionable impeachment process has been about for the past week, or so. We know a couple of things about this particular charade:

My experience came into play when I originally watched the footage of the shooting of Ashli Babbitt, who is known to be a CIA operative. She was the lady who was the first one to attempt to jump through a plastic window that was popped out a few moments earlier.

When I saw this scene for the first time, my director’s warning light immediately flicked on. I was really skeptical that the scene was real. It was certainly chaotic, but to a director, it seemed like a bunch of extras on set with no clear motivation for their actions.

As a professional director working with actors, who are not grade A professionals, you always work to ensure they know what their motivation is; what they’re supposed to feel and how they should react to the situation. Doing this makes the scene far more realistic (if they can, in fact, act).

Ashli died instantly (which is really odd) and there was almost no blood at all. Nobody removed the scarf around her neck and there was no CPR of any sort. The supposed police reacted illogically; this was a really bad acting situation, as far as I was concerned.

Well, lo and behold, a video has surfaced, which takes you through a scene analysis, and highlights many of the things I questioned when I first saw the original footage. It’s taken me a few tries to get it onto the page, as Youtube instantly banned it when I uploaded it and other sources as still attempting to upload it. So I have to physically upload it into my site.

The powers that be don’t want you to see this video, but here it is.

This video is one example of the movie we’re all watching. Nothing much is as it seems. But there’s oh, so much more to come. Stay tuned.

If you’re “awake” to what’s really going on, it’s an exciting time to be alive. The old world is dying; a new world is being born.

One more thing (at least I got a laugh out of this). I used to work for the media. It would be truly embarrassing to do that now.

This interview by CBS of Michael van der Veen is downright embarrassing, but more the norm that the exception.

As always, I urge you to do your own research. Best to use the Duckduckgo search engine, rather than Google, which is skewed to reject THE TRUTH. 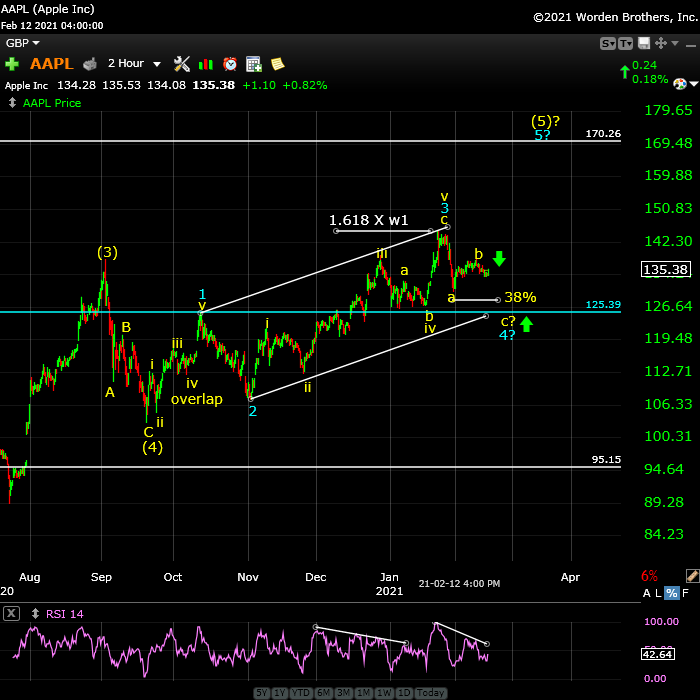 Above is two hour chart of AAPL as at the end of the day on Friday. The short-term direction is down.

The ending diagonal is lower probability now as the length of time for this drop has brought the lower trendline up to the level of the blue measured target. That means that a wave that tags the blue line (and ends up in the area of the previous first wave (which is at the blue line level) would just about break the ending diagonal.

This week, I've been predicting a high for the SP500 at 3935 and on Friday, at the end of the day, we reached that level. This should be very close to the top of what appears to be an A wave within an diagonal. I'm expecting a B wave to the downside and then a final C wave up to a new high before a very much larger correction to the downside.

On an hourly chart, the waves up in futures are very difficult to analyze; it's difficult to see the subwaves. They're obviously corrective and most likely, zigzags. This sets up the potential of a flat (3 waves down, 3 waves up, leading to five waves down). The usual maximum length of the C wave of a flat is 165% of the length of the A wave. Let's see what happens early this week (Monday is a market holiday).

I'm looking for a B wave down before a final wave up to a new high that will end the rally from March, 2020.

I've had us in a potential ending expanding diagonal, through a process of elimination. It's a rare pattern, but nothing else seems to fit at the present time.

There are multiple possible targets on the downside, but not to a new low.

Summary: We're in a diagonal, I believe, which needs to play out with the current, large move to the downside and then a final fifth wave up to complete the pattern.

Most other US market indices have similar patterns. Diagonals are ending patterns and warn of an impending, dramatic trend change after they're complete. This puts us in the final stages of this rally up from March of last year.