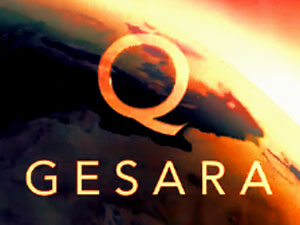 Looks to Be Imminent

I’ve waited until Sunday to get this weekend’s report finished and posted because there’s so much intel dropping. The big news is that GESARA appears imminent.

The more recent Saturday intel goes like this:
— Money is finally moving from Zurich to the US —Most likely on Friday or Saturday 30-29 July tier 4b they will receive email notifications. —NESARA / GESARA will begin on Mon August 2.  —Public level T5 is still scheduled to begin on Mon August 2.  —Iraq will publish its international rates on Saturday, July 31 / 2021.
— Everything looks great because the money is finally moving.

On top of this information, there’s other intel that suggests the order of things to come (and perhaps the days as to when to expect these events).

Many dams have been destroyed now all across the world. The big one is still to come, the Three Gorges Dam, but that could happen as early as Sunday or Monday.

Floods have also enveloped the world, many of them removing DUMBs. In fact, it’s been report that in Germany, 600 children’s bodies washed up to the surface this week.

This all suggests that we’re very close to a major turning point in the “war” and in the markets. 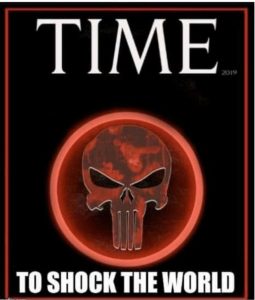 The Three Gorges Dam break is supposed to happen before “the crash” as they’re calling it, which would be our fourth wave expected in the first part of this week. Some events need to happen first before the downturn in the market — The EVENT (dam and nuclear standoff) should trigger GESARA and that should trigger the Emergency Broadcast System.

The other thing to keep in mind is that it’s always been the understanding that all government information would be declassified by August 1, 2021. With all these pieces of information, and the knowledge that this is all supposed to happen very quickly, like a set of dominoes being triggered, means that it could be a very volatile week, both inside and outside the market.

We’re also expecting some sort of “sky event,” culminating, perhaps, in a nuclear standoff. There are also rumours this weekend that Biden is about to step down (or be arrested for Treason). Of course, the real Biden has been dead for some time.

Buckle up. This looks like IT. There’s a lot pointing to this week for a market top. I thought it might all happen last weekend, but it’s clear now that it was a planned false flag event. There’s so much deception going on, it’s really difficult to stay on top of it all.

We’re still in what I would call THE STORM. This should result in a number of big events that are still in the works (some have already happened, or are in progress):

GESARA (I believe this is imminent)

(Global Debt Jubilee and Payout of your STRAWMAN account)

Some details I may have shared before:

I understant the banks already have the money to go back to the population but have signed NDAs and so we have to wait and see when, but I can certainly see movement in that direction at higher tiers.

GESARA is certainly going to change the banking industry; you can count on that!

Latest on Payouts of Your Money 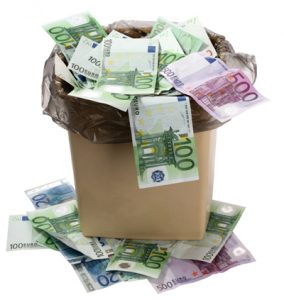 “The time for our blessing is upon us….Washington DC indicated that it’s going to be in a media blackout and that funds [global shotgun start funds] are anticipated to be released on SAT July 31,2021 onwards. .

“Remember we have all been chosen by God to change the world so please make sure that your spirit is right as your aura will be read and you might get rejected [for higher rates] if they realise that you are not qualified for this journey.

“We are close to celebrate this worldwide event and I’m sure there will be hundreds or thousands crying full of happiness.

We’re already in “The Great Awakening,” There’ve been stories leaking on what happened in some of the recent tribunals. Hollywood, dubbed by many in the know as “Pedowood,” has been all but decimated. There’s so much more to come and so much you’re likely not going to believe at face value. I think it’s going to take a long time for everyone to cast off the lies we’ve been living under all our lives.

There isn't much to say this weekend other than we're at a top, waiting for a trigger to start the fourth wave down. The trigger is something that will turn the tide, most likely of a financial nature, or that will affect the economy. Events themselves, contrary to pundidiots, do not have any latest effect on the market. Whatever it might be is very likely is in the hands of the US Military and Allied Forces, as they're more or less in control of the whole world at this point.

I know that GESARA is close at hand (they've been trying to get it through now for a few months) and an announcement that would affect the political situation in the US could also be a trigger, as in a final report on an election audit.

It's now just a timing issue.

Futures (NQ and ES) both are potential in very small ending patterns. These don't appear to have more than a few days in them, so we're certainly close.

All the asset classes I cover are also more or less set up. This will be a major move to the downside.

The wave up from March, 2020 is obviously corrective. We appear to be in the largest broadening top the market has ever seen, so it's certainly new territory. I dislike fourth waves rather intensely. We're in the largest one on record.

However, we're still about a year away from a final top, so there's lots of work still be done.

There are lots of dates being thrown around for a possible EBS (Emergency Broadcast System — The Great Awakening) trigger, whereas up til this point, there've been no dates. So, my feeling is that we're seeing false flag dates and that EBS could happen at any time.

Summary: This week has been mostly sideways very near a top. Futures at this writing have potential small ending patterns that appear not to have more than a couple of days left in them. This top will complete the third wave of a very large zigzag (a corrective pattern) up from March, 2020.

Once this high is in, expect a 6-700 point drop at least in a larger fourth wave. Following tha weakness, we'll have a final 5th wave up to a slight new high before we experience a large drop of close to 2000 points, targeting an area under 2100 in SPX.