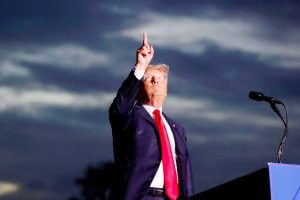 This door will be opened later. The choice, to know, will be yours. END. Q

My Bias: Down We Go

The market is never wrong. Somehow, it always knows what’s happening out there. The Arizona audio, as expected, is conjuring up a turning point.

I rely on the market to give me a sense of where we are in the big picture. We’re waiting for the BIG EVENT, which will be a WWIII scare scenario and a water event (Three Gorges Dam break). However, there are no dates and everything … I mean EVERYTHING is in code of one type or another, with hints. This weekend, there are lots of pictures of Trump pointing to the sky.

After Saturday night’s Trump rally in Georgia, in the Telegram app, there were additional signs of an impending transition. There were shots of the seven flags, which is a sign that we’re close to EBS and references to the Trump tweet we’re expecting to kick it off. 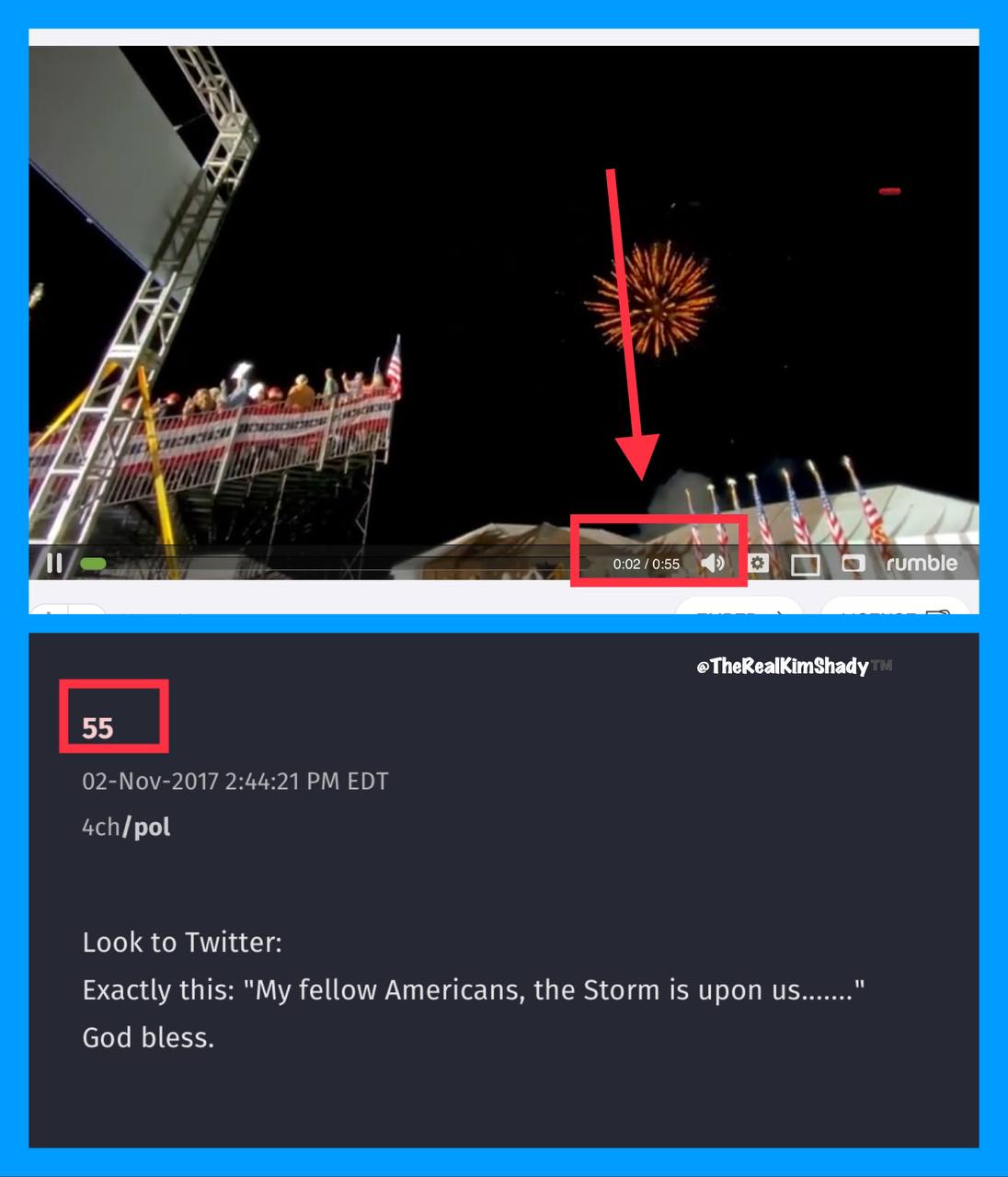 This morning, there are more references to “watch the water,” which is most likely a warning about the Three Gorges Dam. It’s supposed to go down on a Tuesday, and we have one coming up in what promises to be a very volatile week. 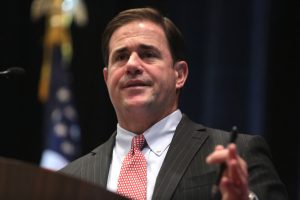 It is the job of governors to protect the rights of citizens and provide executive oversight to the function of government.

With his statement that the 2020 election “is over,” Governor Ducey of Arizona has proven beyond shadow of doubt that he is bought and paid for, and complicit in the corruption of the election.

Once the audit was inevitable, I believe many inauthentic actors in Arizona thought they had things fixed because “the count matches up.” Remember the senate president highlighting that.

The language of the audit report was manipulated to not include “decertify” and also withheld the forensic details, which are staggering.

And even with all of this, and with nearly 6 months elapsed by the time the audit began, and after 10 days to count votes in the county… there was still MASSIVE fraud laid out yesterday which corroborates the findings of the independent canvass.

The corrupt among us figured with enough manipulation, the issue would go away nationally. Instead, with more and more Americans recognizing the truth of November 3, the usual crowd in Arizona says “nothing to see here” and willingly endorses the violation of citizens’ rights to equal protection under the law.

Arizona is largely run by warlords with beautiful skyscrapers and desert vistas. Governor Ducey is going to be remembered in history as the little governor who punted when the game was on the line, bossed around by an egotistical county board.

Here are the results ​​(Cyber Ninjas):

Remember, this is an audit of only one county in one state, and the results from this one county are enough to overturn the entire election of the state of Arizona. This has also drawn out Governor Ducey as a bad actor (he’s chosen to lie about the results), but the attorney general of Arizona has promised to act, so we’ll see what happens this week.

I expect something big to happen at the beginning of this coming week.

Click here for the full story and to watch the video. 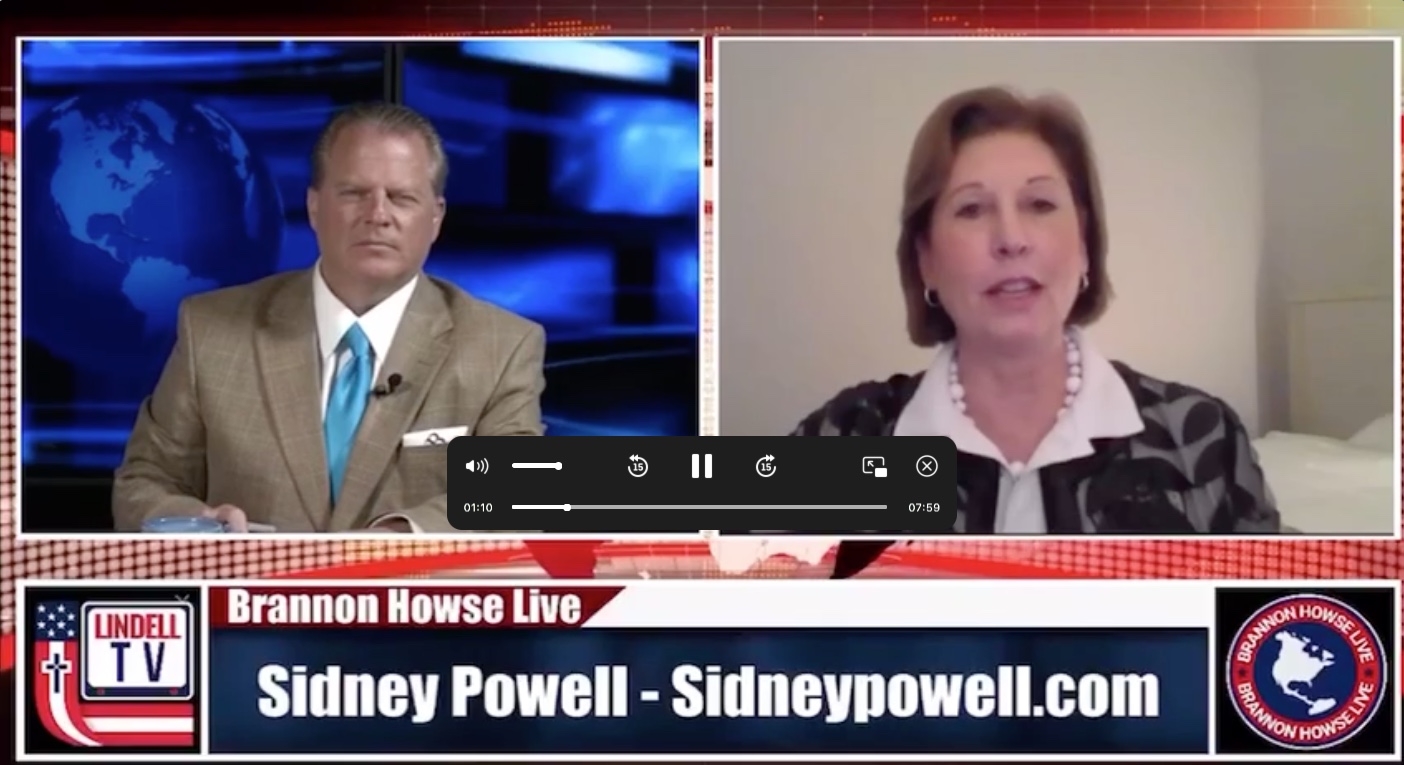 Sidney Powell revealed that she’s discovered that the Department of Defense patented an algorithm in 2006 that can predetermine the outcome of elections. The DoD then gave that patent to a University in New Jersey, which Sidney calls an “international think tank.”

She also says that Dominion Voting Systems assigned all of their patents in 2019 to the Hong Kong Shanghai Bank, and then there was an “infusion of over $400 million to State Street Capital which owns Dominion now.”

It’s all tied together and it looks like we are starting to get a better understanding of how they’ve rigged our elections for years and more importantly, WHO has been doing it.

This is mind blowing stuff. If you watch the full 8 minute clip, you’ll understand why they are trying to destroy Sidney.

poweeAs she says, it’s appears she is over the target.

Nothing has changed much from last week, other than the audit and another very well attended rally from former President Trump. We’re already in “The Great Awakening” part of the process, but THE STORM continues (flooding, arrests, audits …) there’s so much going on that’s not obvious to the general public.

There’s so much more to come and so much you’re likely not going to believe at face value. I think it’s going to take a long time for everyone to cast off the lies we’ve been living under all our lives.

The market this weekend is on a precipice, and the near future looks like it will be a lucrative one, no matter the timing of the “great reveal!”

Friday, September 24, was Christmas on the Julian Calendar, which is what we're going back to. It saw the exposé of the fraud in the Arizona election. I'm expecting some follow-through from that event, perhaps on Monday.

The next major move will be to the downside in a C wave, what appears to perhaps be the final wave of a double zigzag. This means that it's likely to be fast and in five waves. I expect it to start early this coming week and there will likely be a trigger event, perhaps having to do with the election fraud.

I would give the C wave about two weeks to unfold.

The alternative is a rise to a slight new high; this weekend will likely be key to determining the outcome, but my bias is that we're in a B wave, with a large drop imminent.

Right after last weekend's report, we had a big fake out in the market. After just about everything hitting measured targets on Friday right at the end of the day, we got another wave down on Sunday, which ultimately changed the count. We ended up with three waves down from the top, but the final wave down was a "spike", which is not what you'd expect from a complete fourth wave.

So, either we were going to get a small rally, which we got on Monday, and then a double bottom at ES 4290, or we were going to see a larger rally for a second wave. We have now completed the latter option. Fourth waves down typically end in double bottoms. If you get a spiked bottom, then there's a high probability you'd get additional weakness, after a partial retrace of the entire wave down.

In this case, both NQ and ES have retraced 62% of the previous wave down and we're sitting waiting for the turn. Other asset classes, notably currencies and metals need to get set up for the next leg down. Timing of the turn will depend upon them being set up for a turn, as well.

With the exposures of fraud coming out, the scenario is changing.

This is going to be another really interesting week if you are following the action in Telegram.

Summary: We've topped the third wave of the third now and are at the top of a B wave up this weekend, expecting a C wave down in the first part of the coming week.

The covert military operation that's been in action the past five years is coming to an end. With that phase of operations ending, expect a turn down to complete a larger fourth wave. We appear to be tracing out a double zigzag, with a probably drop of at least a further 600 points

Following tha weakness, we'll have a final 5th wave up to a new high before we experience a large drop of close to 2000 points, targeting an area under 2100 in SPX.