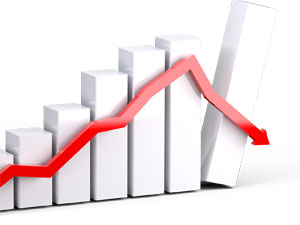 The current rally (which now definitely coming to an end) can only be a by-product of the action of the Federal Reserve. I’ve never seen a corrective rally this large on such a large scale, as part of a bear market.

Nonetheless, the market still moves to the beat of the Elliott Wave Principle, although wave structure is at times ambiguous. The C wave we’re currently in has a first wave structure that could have been labelled in several different waves and when that happens, it makes the balance of the structure difficult to predict.

Nonetheless, persistence and regular checks on the NYSE (the mother exchange) usually alerts to what’s really going on. My Trader’s Gold group has a much better idea as to what to expect this week, as they have a full analysis of the US indices, the dollar, currencies, and more, but let’s just say, “A turn is imminent.”

The EW principle relies on being able to recognize patterns, and (knowing how they traditionally play out), use fibonacci measurements to identify the most probable turns and targets.

The bottom line is that we’re in the final 5th sub-wave of this C wave rally and will most likely hit the 62% retrace level in cash and futures (very possibly Monday). It will then turn down in what is going to be a set of waves as long as the first set of waves down from the top (around 3400). And … it should be a relatively fast descent.

So we can add to the “knowns in life” (death and taxes) the coming wave down to a new low.

While the Federal Reserve can pump the market by injecting more debt, it will only work for a little while. The wave structure to the upside is quite clearly corrective and it will completely retrace and then some. There’s good news on the horizon.

The past two weeks have been extremely frustrating from a "wave count" perspective. We've been in the C wave of one of the most complex countertrend waves I've ever seen and it has only become clear this weekend where and when the turn down will come.

There's a lot of manipulation going on (the Federal Reserve is doing whatever it can to prop up the market with more debt — a very stupid idea) and you and I will pay for it in the end.

It is making the market much more bullish than I ever would have thought; however, the Laws of Nature (one of Elliott's original books) always play out, and even though the wave structure can be complex, it doesn't break. Even so, It has been one of the most difficult two weeks to analyze.

We're near the top of a complex C wave of an ABC correction to the upside. I'm expecting a top this week and another set of zigzags (there are other options, but I think less probable) down to a new low. The wave to come may be just as long as the original wave down from 3400. If not, it will be close.

Also, it's reasonable to expect a time span that's about the same as the first leg down, which took a total of 23 market days to complete. This brings us to the early to mid to late May timeframe.

Summary: We appear to be in a "combination" fourth wave, and have traced out double zigzags (two of three possible patterns in a "combination") to the downside so far, along with an ABC correction that has reached the 62% retrace area. We're beginning the third pattern to complete the large fourth wave drop. Another zigzag down appears to be the plan.

Measurements are targeting the area in the 1800s, although there are other options that target a bit higher. The timeframe may be targeting mid to late May for a final low.

Click on the above image to expand. It was another busy week, More info to come this weekend.