A Message from the Market 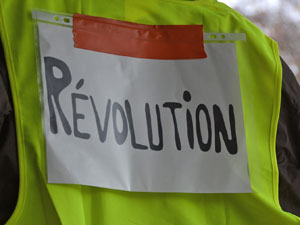 A Revolution is Coming

It was a frustrating week in the markets overall, but things are certainly starting to heat up this weekend!

On Monday, after another fake-out vaccine news story, we dropped as expected into a correction. However, Tuesday morning, we’d only traced out the A wave. The rest of the week went sideways in a B wave, which finally  rallied and almost made my target on Friday at the end of the session.

I’m expecting the C wave on Monday. It may come with some news, which will be interesting, from my perspective. Major market moves usually spark news events, not the other way around.

Meanwhile, there’s a huge demonstration in Washington, DC today in support of the Trump presidency. There are also, apparently, other demonstrations around the US today. 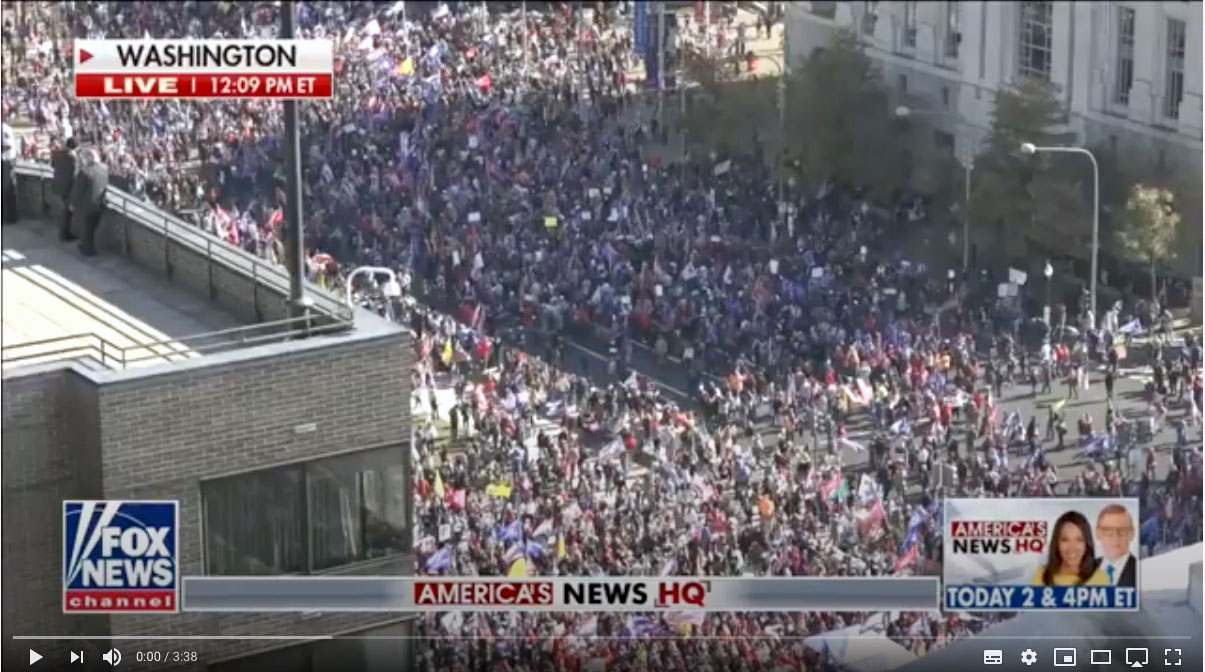 Above is a still from a live feed this morning (November 14, 2020) showing the huge turnout at the Trump rally in Washington DC. There was also footage of Trump visiting the rally in a motorcade. There are similarly other demonstrations around the world, not necessarily for Trump, but it shows the unrest is universal.

Corruption is one of the key traits of the top of the 1000 year revolutionary cycle. Every other time this cycle has topped, there’s been a revolution to kill off the corrupt old world and bring in the new one. This cycle top will be no different.

The video above above came out overnight and shows that the level of corruption has been going on for many years and it’s widespread. It’s far deeper in the US than even I’d imagined,  but the depth of depravity has been becoming more obvious leading up to the US election. As I’ve said many times, the truth always comes out at these cycle tops.

This just out — Kurt Weibe is a former NSA senior analyst and now whistleblower:

As has happened over and over in history, the one percent with all the wealth fights to keep the corrupt status quo, thinking people are too naive, or stupid to understand what’s going on, but that’s never proven to be the case. History repeats.

And now this! An article that takes it all one step further!

You can use cycles to predict what’s going to happen, as I have been doing for well over a decade. I’ve been warning of the impending revolution and ultimately, a financial meltdown, but only a few were willing to listen. That’s changing. As it start to get colder in the next couple of years, the revolution will erupt in full force.

The world revolution, which is due to terminate not in Fascism or Communism but in a finer and greater democracy than the world has yet known, can be properly understood only in the light of an ecological study of history.”

What the Market Tells Me

I’m currently projecting a wave down on the hourly chart and then a final wave up before another melt-down like the one we had in February, which I also predicted. The timing of this one seems to indicate to me that Donald Trump will be re-elected. It looks at the moment like the 1900 point drop in the SP500 will begin with the announcement of the winner sometime in December (?).

if that’s true, it would seem to indicate that the money in the market comes from the establishment, a similar situation to what happened in 2016 when the US Dollar shot up in response to Trump being elected (deflationary), and EURUSD tanked. The difference this time is that the Dollar is linked to just about every asset class and even international exchange. They’ve all been moving closer and closer in alignment now for several years.

Mr. Elliott is also pointing to the fall of next year for the final top. Is this the start of the real revolution?

Therefore, it will be interesting to see how the news plays out in conjunction with the moves I’m expecting over the next couple of months. Social mood dictates the movement of the market. Major events often take place at major tops and bottoms, but they’re a reaction to mood, not the market. The market is a mathematical representation of the mood of the “herd.”

ES, the SP500, and the DOW are all tracing out ending expanding diagonals. You can see regular ending diagonal patterns in NYSE, and Russell 2000. NQ is in a final contracting triangle.

This weekend, we've completed the A wave of the 5th wave of the ending expanding diagonal. I'm expecting a B wave down and then a final C wave to a new high.

We've begun the B wave but went sideways for most of week, so the balance is still to come.

Diagonals are extremely difficult to navigate without a thorough understanding of EW. More most, it's best to wait for the top and watch for the trend change.

Almost all the currency pairs I cover are in possible broadening tops (except USDJPY), as is oil, and DXY.  So, we have ending patterns almost right across the board. Now, it's only a matter of time. The US market needs one more high.

Summary: It's an exhausted market getting close to a top, which I now think will happen sometime within the next month. The market may top with the announcement of the winner of the US election but it's difficult to say when that will be.