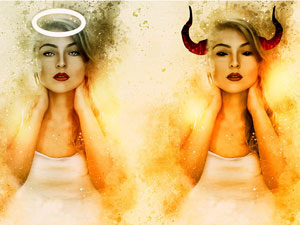 The Real Purge Has Begun

There’s a lot going on this weekend, as suggested by unfolding events late in the previous week.

On Friday, the President of the United States got de-platformed from Twitter and Facebook, as did thousands of others, who are supportive of the current presidency. This is an attempted media coup that will fail.

The “snapback” wave (by Donald Trump) and his allies has already begun and I expect to see either the Insurrection Act called, or at least a crackdown under the Executive Order of September 12, 2018.

Foreign interference has been proven in spades. The latest information is that Italy and the Vatican were involved, and of course, China and other international players. Here’s a video that lays it all out and below it, I’ve placed a visual copy of the affidavit from the person who was personally involved.

A copy of the affidavit from Italy is below: 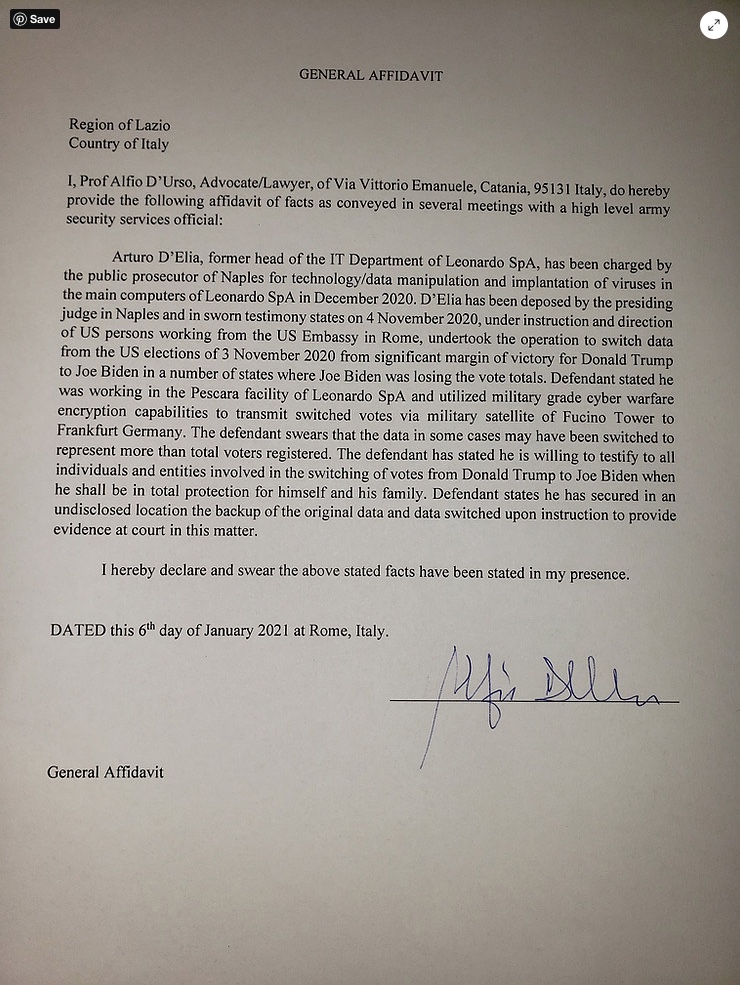 The Vatican is in darkness tonight.

As I write this post, we’re expecting an address to the nation over the Emergency Broadcast system. This is happening at a time when I also expect an imminent turn down in the markets.

The intel I’m hearing is that the speech tonight (catch on OAN, Newsmax, Right Side Broadcasting, or America’s Voice News. You can find these on Youtube. There’s a suggested time of 9pm EST, but that’s not being adhered to, so far.

The truth always comes out at these major cycle tops and that’s apparently what this speech is all about. If not tonight, over the next week, or so, you’re going to hear information that will be shocking. It has to do with the extraordinary level of Chinese influence in the US, along with uncovering a worldwide pedophile network that has been going on for decades.

We’re finally going to get the core of this satanic cult broken, with arrests of recognizable names from across the social spectrum. If you’re in the US, you may experience outtages over the next week, and there may be curfews or other lockdowns. This period of “cleaning out the moral trash” is not expected to last more than ten to twelve days.

This is a fight between good and evil. Simple as that. It’s a major turning point in history. It will be dramatic, but we’ll end up with a much better world.

I’m not going to go into details here, as the details are very likely to change over the two weeks to come. I’m hopeful this “purge” will not lead to civil war in the US and elsewhere, but I’m certainly not ruling it out. It’s not very often that humans can change the trajectory of Mother Nature, but it’s happened before (England in 1688 went through the Glorious Revolution, a period where new rulers were installed, and a period of instability brought to a close.

In the meantime, expect just about anything to happen. It’s best to avoid the streets as much as possible if you live in a big city. I note that tonight, Washington, DC has military on every street corner, reportedly 7,000 troops deployed.

There are reports of 220, 000 indictments sitting in the wings, and additional stories that GITMO (Guantanamo Bay detention camp). is full, or nearly so, which means that we’ve been in the ‘clean-up’ process for awhile now.

This is a very major event and may have ramifications for the market; however, I don’t expect it to affect the Elliott Wave process. The influence for the movement of the market comes from the solar system and participation is worldwide. However, at the appropriate times, there could be some major moves.

The market is a mathematical representation of social mood. It dictates events that are a result of mood. For example, full moons and solar maximums affect us psychologically and excite the population as a whole when they happen — they often cause events that would not otherwise happen.

So, it’s a time to err on the side of safety. Make sure you’re stocked up. Stay safe and pay attention to the show. This is going to be something you can tell your kids about and will be a major event in history. 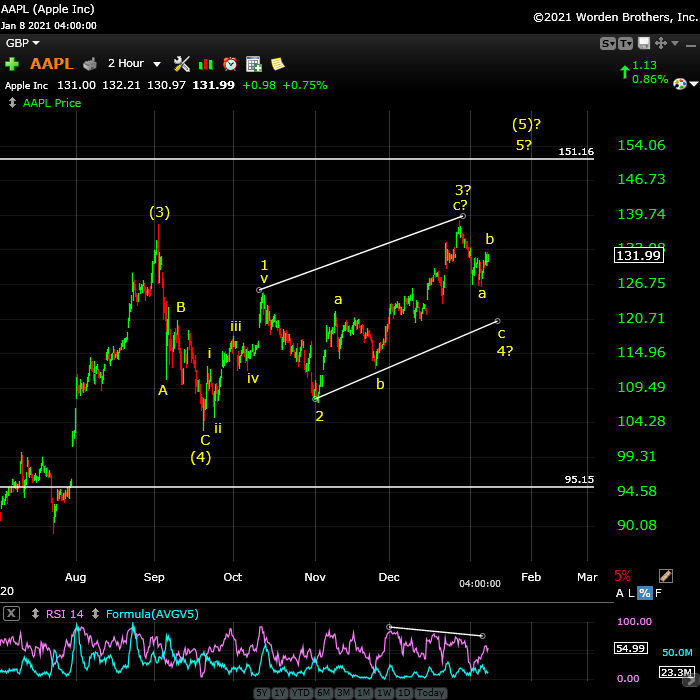 Above is two chart of AAPL as at the end of the day on Friday.

We appear to be tracing out an ending diagonal, currently in the fourth wave down. Once the b wave up is complete, look for the c wave down to the lower trendline around the 120 area.

Then look for a final fifth wave up to a new high. I have a max level for the fifth wave of 151, but that may have to be revised once the fourth wave is in place.

Now that we're at a turning point in ES (expecting a leg down) and with the US in an active cyberwar, with possible military action starting today, I've done a slight reassessment of this very difficult set of waves to the upside.

It doesn't change the overall outlook; we're still expecting a relatively large drop and then a final wave up to a new high. The difference is the length of these waves.

Keep in mind that NQ/NDX is most definitely in an ending diagonal and since we're near a final top and these exchanges (Nasdaq and NYSE) typically move together, my bias is slightly to the ending diagonal.

With the ending expanding diagonal, we  would probably see a partial retrace down, but not to the lower trendline. Then, we'd see a final fifth wave up to the upper blue trendline.

With the ending diagonal, we'll see a drop to the lower red trendline and then a final fifth wave up to the upper red trendline (and possible see a throw-over wave above it) but it will not reach the upper blue trendline.

So, we continue to wait; the direction is still up, for not for much longer.

Summary: We're in a diagonal of some sort, which needs to play out with a large move to the downside and then a final fifth wave up to complete the pattern.

Most other US market indices have similar patterns. Diagonals are ending patterns and warn of an impending, dramatic trend change after they're complete. This puts us in the final stages of this rally up from March of this year.