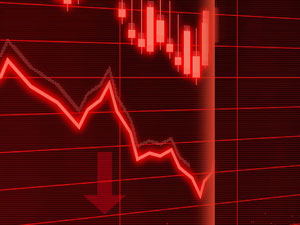 What a Difference a Week Makes

My “perfect storm” of last weekend had no real effect on the market, although ever since, the US indices have been extremely weak. It’s amazing that with a market that had so much underlying bullishness for the past three months, that now we’re in a situation where it’s struggling to make it to a new high.

That’s a good thing at this point because we want this market ready to keel over when it gets to that new high. It means that after the turn down, we’re likely to have a fast set of waves to the downside, which is what I’ve been calling for all along. The wave down should have somewhat of a similar look to the waves that came down from the top in February.

It was a difficult week but we caught some important turns. A questionable market tells you to “stay away.” Playing the “little stuff” is a sure way to lose money, because the chaff is often unpredictable. You can get sudden turns that are volatile and knock you out of a position, only to turn back in the original direction an hour later. That’s more usual than not in a corrective environment, which is what we’re currently in.

A trend is what you want to trade. The trend is your friend.

The lesson is that if you’re not sure about the market, eventually, it usually tells you where it’s going and it’s best to wait until you get a clear signal. It doesn’t happen every week (and not often enough!), but I’m very thankful for the times that it does happen. This is one of those times.

Futures traced out ending diagonals late Friday (not quite finished), so watch for a rally this coming week.

July 4 is next Saturday, accompanied by an Eclipse of the Moon. There’s a full moon on the Sunday right after (July 5). On top of all that, the labor report is out early on Thursday morning (July 2), and the market is closed on Friday (July 3) in observance of Independence Day (July 4). It’s yet another “perfect storm” weekend! I would expect us to stay aloft through the next week and it’s entirely possible we’d turn down right after it.

Dr. Ron Paul has weighed in on the fabricated media reports, particularly regarding Texas, which has denied the stories that their ICUs are full. They’ve only see a very few cases.

The Media is Lying About the Second Wave

The propaganda is SO blatant!

We’re now very close to a turn in the US indices, currency pairs, and oil. Gold looks like it’s still on hold a little longer. Elliott wave does not have a reliable timing aspect, but it looks like we should see a top very soon (possibly around the July 4 weekend).

We're sitting close to the top of this extraordinarily large countertrend rally, but we're still not quite done. We've dropped in a corrective wave, a fourth, with a fifth wave up still to go. Since fibonacci measurements target the current top (3233 in ES), I'm not expecting much more than a test of that high, or minimal poke above.

After the options expiry event last Friday, the market has become decidedly weak, but the waves to the downside are clearly corrective and the signs across all asset classes also point to a final high in the works. Most obvious, from an Elliott Wave perspective is the current count on the US Dollar Index (DXY). The US Dollar is calling the shots and where it moves, so does the rest of the market, albeit, for the most part, in the opposite direction.

On Friday afternoon, it was clear we are tracing out what look like ending diagonals in futures, so I'm expecting a turn up on the weekend or Monday.

Next weekend is the July 4 holiday, which is usually very positive. It will be accompanied by an Eclipse of the Moon and will be followed by a full moon on Sunday. Another "perfect storm" weekend. That combination sets up for a possible "hangover" on Monday.

The US market is extraordinarily weak ever since options expiry last Friday. However, one more high is in order and the rally should appear soon.