Looking for a Pivot 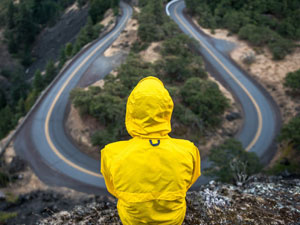 Indices on the Verge

We’ve had four weeks of sideways action after turning at a major fibonacci level (ES 3233)  on June 8 to produce a wave down on a hourly chart that could be counted two ways.

After catching this most recent rally up from the 2981 area in ES, we’re starting to get close to that previous high at 3233. However, there are RED FLAGS all over the US indices this weekend.

Last weekend, we hit Solstice, which very often marks a trend change. However, my work at The Foundation for the Study of Cycles taught me the turn usually happens within ten days or so of Solstice. We’re near the tail end of that window.

I’m seeing issues with the current count right across the US indices and I have fibonacci measurements that suggest that the SP500 (and ES)  are NOT going to make it to new highs. Some indices, like the NYSE EXchange, the DOW, and the Russell 2000 are so highly diverged from the SP500, that a new high is even more improbable.

However, other asset classes, are poised to continue their path to reach their targets, like DYX, the US Dollar Index, and DAX. The VIX has also reached a measured target of mine (24.57) and looks like it may put in a double bottom there before heading up.

Sunday is a full moon on top of the bullishness that usually accompanies the Independence Day weekend.

In February of this year, I’d predicted the pending fourth wave downturn and said at the time that the pundits would blame the downturn on the coronavirus, which was still contained in China at the time.

Sure enough that’s what happened, even though the wave down bottomed in March when the supposed “pandemic” was just getting started. The US market has been rallying ever since. And now, when deaths attributed to it are minimal, we’re ready to turn back down.

The message is that events don’t dictate the market. Rather, markets move in larger patterns, based on the changing mood of the herd. That collective mood has gradually turned very negative worldwide and even though central bankers are doing their utmost to change the course of history, they’re no match for Mother Nature. Central bankers are ultimately failing in their goal for one world currency and similarly, a single world government.

This Month at Thrive Academy

This weekend for the Thrive Academy, I’m sharing who’s really at the bottom of what’s going on, an entity referred to as the “Deep State.” However, it’s a more organized effort than you might think. A lot of money is being thrown at the issue; the groups rioting are well-organized and the current street violence is centred in mostly democratically run cities.

The international community has not been idle along the way. After all, the New World Order goal of the globalists has been bandied about for a number of years now. It’s no secret that a single currency and world government is the ultimate goal. When you dig deeply into the history of the world, and particularly into the role of cycles, the answers start to come as to who’s at the bottom of what’s going on.

The globalists will ultimately fail.

In any event, over the next ten years at least, we’re going to see civil wars in many countries currently experiencing unrest. This is a war between democracy and socialism, and “discussion” along the way is going to get bloody.

It will end well eventually, decades in the future. Past history provides a good hint as to the path. The conniving of moneylenders has been going on now since the late 1700s, when the Bank of England was chartered. The war beneath the surface is littered with the bodies of many of the “good guys,” particularly in the United States, presidents and other leaders who have NOT bought in to the one world, one government theory, and the idea that practicing eugenics will lead to a better world.

The attempted coup of FDR in 1933, thwarted by Major General Smedley Butler, is a great example of what happens when the nationalists get in the way of money, business, and globalism.

It should be obvious to anyone awake that the corruption presently coming to the surface has been going on for decades. It’s coming to a head with the globalists throwing just about everything they can at the problem, because they’re starting to lose the battle.

It’s obvious that there’s a concerted effort to either remove a sitting president, or ensure the current one does not see a new term. The major players are both inside and outside the United States.

It will result in a civil war in the US; history dictates that the current empire at the top of a one thousand year cycle slowly loses power and over the next three hundred years, the power will shift from West to East, with either Russia or China building the next great empire long after we’re gone.

“At the extremes, the herd is always wrong. One should not under estimate its capacity for stupidity.”— The Secret Life of Real Estate, Phil Anderson

Mother Nature is once again at work, as she has been at every one thousand year turn. The financial meltdown to come next year will put the final nail in the globalists’ coffin. But the collateral damage is going to be immense.

Few realize the magnitude of the shift in thinking that is going on, but it will become more obvious over the coming couple of years. The truth always surfaces at these major cycle tops. The mood of the population worldwide has turned decidedly negative. While fear may be the controlling force at the moment, as it turn colder, fear will turn to violence. If you’re in the US, you haven’t seen anything yet.

However, if you understand the forces at work, you’ll find the means to stay safe and prosper, even through the coming adversity.

Question everything. Most of what you read in the main stream media cannot be taken at face value.

This week, we caught the turn at ES 2981 and rallied for the balance of the week, as expected. However, the rally may be coming to a premature end, because we have divergence across the US indices.

While the SP500 and ES could possibly make new highs, fibonacci measurements aren't supportive. It looks like these two will turn before reaching a new high.

Adding some additional strength to that call is the fact that the NYSE, DOW, and Russell 2000 are nowhere near highs. That's a problem in that indices can't start down "out-of-sync," so either they all make a new high, or they all fail before a new high. The first option at this point is low probabiity; it's more likely we're going to see a turn across the board before new highs.

How will we know? Currencies (DXY in particular) will need to reach their targets and, as a result, you can use them for a "marker" — a warning that we're close to the turn we've been waiting for.

We have divergence in the waves up across the US indices, and it appears now that we're not going to reach new highs. We should see a sudden turn in the next couple of days, I would think.