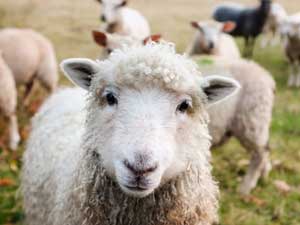 Last weekend, I told you we were at a top. I even gave you the probable date for the turn: in conjunction with the Federal Reserve announcement.

And that’s what happened. We topped. Technically, it was on Tuesday.

I also wrote: In the meantime, of course, I get the usual emails that tell me I’m wrong and the market is going to new highs. By “the market,” most of these emails tell me it consists of the SP500 only. Most people don’t look at anything else, which, in the current scenario, is a blueprint for failure.

And sure enough, the emails came in. I even got one at the very top tick of the market telling me I was wrong, the Fed was in charge of the market, and we were going to head up to new highs … and on and on. That was even after I did a special free video that gave you the bigger picture!

This gentleman was sad that I was wrong because I apparently worked so hard. Well, I was sadder that he hadn’t learned anything in all the time he’s been following me. (he was right, though, about me working hard!)

By the way, that book by Phil Anderson should be in your library. I can’t recommend it highly enough. You’ll find it in my book list with a link to Amazon.

From last week (in case you missed it):

The good news it that now ES is up against a measured fibonacci level, which (finally), gives a more reliable indicator that a turn is near. The C wave up of the correction in ES is  1.618 X the length of the A wave, a typical length for a C wave on the verge of turning.

The SP500 also now sports a fibonacci relattionship, but it’s a bit more complex, and not nearly as obvious.

On top of that, the count of the final fifth wave in ES is full. Now, it’s a case of waiting for confirmation of a turn, and that will be across multiple asset classes and international exchanges.

There’s a Federal Reserve meeting announcement out Wednesday and that could keep the market elevated into the middle of the week.

It’s OK to herd in the middle of the market .. in the third wave, for example. That’s where the trend of the herd is the strongest, and if you’re not on board, it gets quite lonely …. trust me on that one!

However, close to a top or bottom, you definitely want to be of a contrarian mind. You can always tell we’re near a turn once “herd-think” hits the main stream media (much of it is propaganda).

Here were the clues (also from last week):

“The other thing I should point out is that people are talking about a V shaped recovery (no such thing, in my experience), the pundits are talking in the news about this market continuing up, and Donald Trump is touting the unbelievable numbers as gospel. Right … there were 345,000 new businesses created during the lockdown!

And what would “reality” be without Peter Schiff telling up gold is going into the stratosphere sometime soon. Keep your eye on the ball, and lock out all the crap — that’s my mantra at the present time.”

All good contrarian signs that a top is near.

The Friday before last weekend, we got the extraordinary US labor report, which was obviously fabricated. There's no way you're going to get 345 new businesses forming during the a virus lockdown. On top of a full moon (and eclipse), that sent the market up into a "blow-off" fifth wave. At the same time, it hit a strong fibonacci corrective retrace level.

This week, as I predicted, we topped. So far, it looks like we're going to get zigzags down, which I've been expecting. However, we have a long way to go and these waves almost always sport combination patterns. So, we could see a combination of zigzags, flats, or possibly a triangle or ending diagonal near the bottom. One never knows.

However, I'll know in the Trader's Gold service, as the wave structure should give it away relatively early.

As I've said over and over: There's a lot of manipulation going on (the Federal Reserve is doing whatever it can to prop up the market with more debt) — a very stupid idea, and you and I will pay for it in the end. Inflation through the extraordinary "printing" of debt has had its affect on the market overall. However, the problem is simply too humongous (the dollar is worldwide) and the Fed will fail. We're getting close to seeing the result, which will be spiralling deflation.

The pattern down should be a combination pattern and, as such, may contain zigzags, flats, and possibly a triangle or ending diagonal at the bottom.