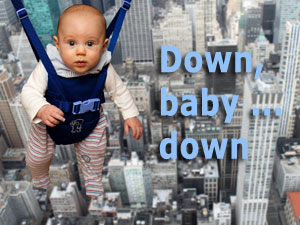 We should get a nice “ramp up” in the craziness as this market drops down again. The icing on the cake will be “through-the-roof” fear, with a side order of social upheaval.

It’s difficult to know where to start.

The next leg down in the market has begun. it’s happening as the virus (flu bug) is starting to wane in many areas, and countries are starting to relax the draconian strangle-hold on the population. I said at the top that the government would blame the fourth wave drop (that was already predicted) on this corona virus. Well, that certainly happened.

Now, watch for the reverse to start happening. As people go back to work and start to realize that seasonal flu actually causes more deaths than the corona virus (although, with doctors being instructed to label any death these days as corona-caused, those numbers will increase), the already starting social backlash is going to increase.

While California is closing beaches, New York police are fining anyone even remotely thinking of barbecuing on a nice spring day.

They’re also curtailing free speech even more. The video by emergency room doctors that I provided a link for last week has been removed by Youtube, for contravening their “terms of service.” Truth has no place on Youtube, apparently. Facebook is also cracking down. They both have a ways to go to rival Twitter.

Once this final market drop gets going, we’ll start to notice the fear about the economy growing, and these lockdowns are going to be thrown back in the face of government, because it will become obvious to people that the lockdown caused the market to drop (which is not the case — it was going there, anyway). This proves once again that you do not have to be intelligent to be in politics.

If you thought I was a bit nuts to suggest that civil wars were going to crop up in countries around the world, it probably doesn’t sound so crazy anymore. It’s not, and it’s happened every time we’ve experienced a cycle top of this magnitude.

If you live in a big city, this summer is going to be a difficult time, I would think. Time to start to have concern about your safety. There’s already a movement to rural areas, because they’re safer than cities, and because when transportation systems completely disintegrate, they’re also closer to food. I would expect this migration to increase over the summer and into the fall (another trait of high level cycle tops).

My next door neighbors, who apparently took off for a month when the virus hit have returned. They didn’t mention to me that they were leaving, so I ended up having to shovel their snow for all of April (and there was quite a bit of it), but they do this to me every year.

Well, as I write this, the male of the household is out working on the fenced-in backyard, wearing a mask. I have to assume they’re self-quarantining. I’m not sure if they’re protecting themselves from the squirrels, or the other way around, ’cause there’s nobody else around.

Digging Deeper into the Pandemic

It’s time to put on our critical-thinking hats … 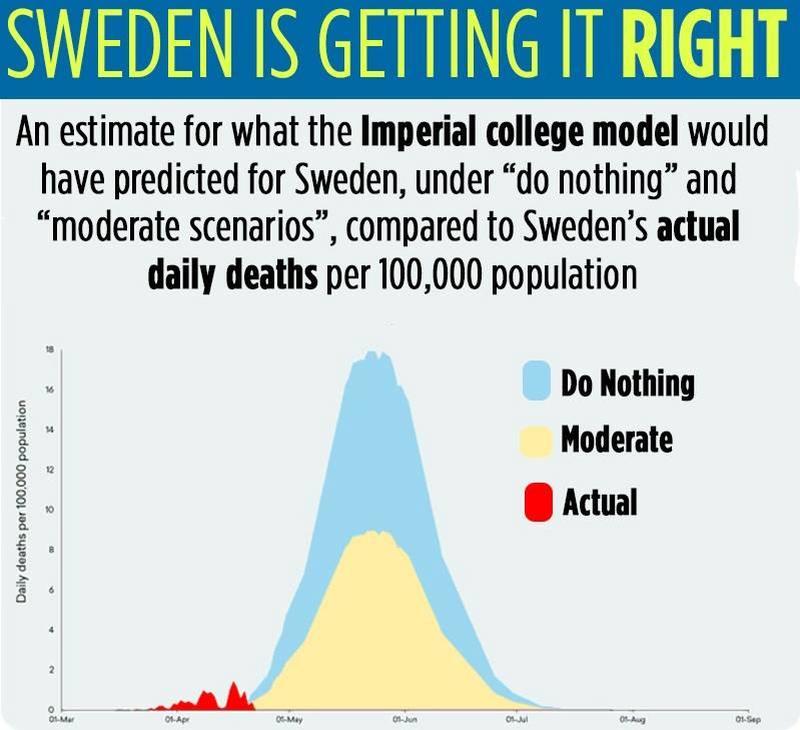 Above is a chart outlining the scary predictions going into this pandemic and the actual — what’s really happened. You’ll find a very well-written and thought-out article here that places this chart in proper perspective.

I’ve alluded (in my recent article on this pandemic) that there are some real questions as to what is really going on here with people like Dr. Fauci and Bill Gates pushing a vaccine agenda (Gates has recently said he’s putting absolutely all his money behind the vaccine idea—and he has financial ties to Fauci and the CDC).

Take my “musing” along with another recent article that highlights a story in Newsweek, linking the funding to the Wuhan lab with Dr. Fauci.

Why do we have a policy of keeping people indoors and out of the Sun (which is illogical, because sunlight is one of the best combatants of a virus )? Why are we locking down whole populations of perfectly healthy people, which goes against science, ruins the economy, and works against achieving herd immunity? None of this makes any sense in terms of science.

It starts me thinking about planned depopulation. Maybe I’m just too much of a cynic, or know too much history ….
Joseph Goebbels: If you tell a lie big enough and keep repeating it, people will eventually come to believe it. The lie can be maintained only for such time as the State can shield the people from the political, economic and/or military consequences of the lie. It thus becomes vitally important for the State to use all of its powers to repress dissent, for the truth is the mortal enemy of the lie, and thus by extension, the truth is the greatest enemy of the State.”

All US indices reached new highs, which was a requirement for the count (it has to start with five waves down in each index).

We turned from above the 62% retrace level down from the all-time-high, in the 3400 area. The most recent high this week overlaps the A wave down, which gives the entire structure a nice corrective look.

Expect a new low below the current lows in all US indices.

As I stated last week: There's a lot of manipulation going on (the Federal Reserve is doing whatever it can to prop up the market with more debt — a very stupid idea) and you and I will pay for it in the end.

So far, it looks like the expected zigzags down, but it's too early to be sure.

Summary: We appear to be in a "combination" fourth wave down from the 3400 area. This week, we reached the 62% retrace level of the first set of zigzags down, and that prompted a turn in conjunction with this week's Federal Reserve announcement.

Another zigzag down seems to be the most probable outcome for the journey to a new low, but it's early to be sure of the pattern.

Look for a new low below 2100: There are several possible measured objectives below that point. The timeframe has moved to late May to early June for a final low.