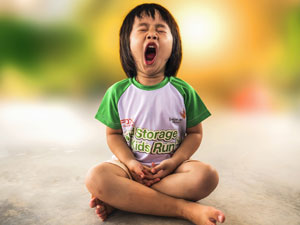 On the left is how I’m feeling about this market. Let it end, please!

This weekend, it looks like we’re finally going to get that wish.

There’s a full Moon on Monday with the apex at noon, EST. Full moons often warn of a turn down once their bullish influence wears off.

Sometime during the day on Monday, or at the latest, Tuesday, I’d expect to see our long-waited top  (full moons often warn of a top, and we’re certainly ready for one!)

The big question this weekend is whether the structure that I’ve been calling an ending diagonal in both the SP500 and ES actually is one. The internal waves count just as well as a third wave, which would make our current position somewhere near the top of a final fifth wave.

The structures of the waves over the past week leave a whole lot to be desired. They’re impossible to count with any confidence, but they’re at least pointing to a slight new high. Keep in mind that the structure is questionable. The fact that we’re topping is not.

DXY has dropped below the 94.00 area and turned sharply up in what could be a motive wave, but not quite complete, if it is. We need to see a second wave down in three waves to below 62% of this recent wave up. Then we’re looking for a new high to confirm a bottom in is. We still could see another low (or double bottom the way things sit now).

WTI Oil still has one more wave up, the fifth of an ending diagonal, before it will finally turn down.

Gold and silver appear to be very close to, or at, turning points.

Monday is the big day, as far as I’m concerned.

We're at extremes just about everywhere, except perhaps oil, which is in an ending diagonal, but having difficulty climbing its final wave to the top. Never fear, however, it will get there.

Last week, we finished what appeared to be an ending diagonal in SPX. However, that count is in jeopardy, as I can also count it as a third wave, with the expectation of a new high to finish off this roughly four month rally. The wave structure has become questionable and as a result, I don't have a measurement for a top tick — there are too many options this weekend.

Ending diagonals on rare occasions finish the five waves of the diagonal and then slowly rise "against the current" to complete a double top. That's one option. There's also the option that we're going to see a relatively benign fifth wave, as I can also count the internal waves of the ending diagonal as a third wave. We could also just see a double top, but ES and the SP500 won't both do double tops (they have different current highs in price), and so I'm expecting slight new highs from both the SP500 and ES.

It's become obvious late this week that we're rallying to a final test of the highs in both ES and NQ. Wave action tells me this market is "out of gas."

We have a full Moon on Monday, August 3, at about noon EST. I'd expect this event to have an effect on the market.

I warned on Thursday about the potential tech blow-off at the end of the day (AMZN, FB, AAPL, and GOOG reported) and sure enough, we got it. However, at this late stage, it stands as a last ditch effort to make a positive statement, with little positive data to support it. Look out below.

All this week we had the pundits talking about the demise of the US Dollar and the expected gold rally into the stratosphere. These are sure signs the opposite is about to happen.