Only a Matter of Time 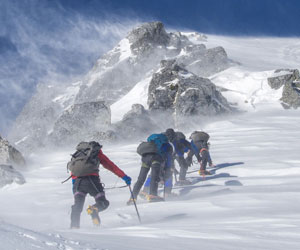 This weekend, the key asset classes I cover seem to be back in sync (it may even include gold and silver — but that remains to be seen).

The latter part of this past week saw fourth waves materialize in US indices, oil, the US Dollar Index, and related currency pairs. Everything I cover (even the DAX exchange) is set up with one more wave to go … a fifth of a fifth. It’s the final wave before the mini-crash we’ve been expecting.

Monday is too early for the turn, but it may well happen later in the week.

As I’ve said for a very long time, there’s no such thing as an Elliott Wave truncation. Wave structures play out until the very last subwave is traced out. What makes this situation more frustrating, though, is that this top is happening at the same time across multiple asset classes all at the same time … on an international level.

Turns take much longer to play out, as all assets have to get to the turn point before the entire market turns over. But even with that in mind, it’s clear that this is the final wave and we’re at a top … with only days to go.

The other thing that’s important in this turn is the change in sentiment — another word is the mood of the masses. With all the propaganda out there, the mood has been elevated, but the cracks are starting to show. Just look at some of the events unfolding around the world:

This isn’t all the bad news that’s out there … there’s much more. But the point is, the tide is turning. When the market starts coming down, the fear will be palpable.

That’s the situation we’re in as this market finds its top. What’s really concerning is that we’re at this point and the larger market will still have a new high to put in once this fourth wave is complete in the US equities market (similar to DAX).

Beware the Chinese Curse: “May you live in interesting times.”

Last weekend, I called for a bullish week, with a top to this large B wave around US Thanksgiving. We got all of that, except that we haven't seen a turn yet in the US indices, but I wasn't expecting that turn until this coming Monday, at the earliest.

Currency pairs, however, are telling me we may still have a few more days to wait.

This weekend we're at the very top of an ending expanding diagonal. In fact, the SP500 and SPY charts are right up at the upper trendline of that pattern. Final waves in these patterns don't usually extend beyond the upper trendline, but they're so rare that I don't think anyone knows for sure. Even if we get above the trendline, it should only be a few points at most before a dramatic reversal.

While we're topping in the US indices, USD currencies have one more wave to trace out to get to their targets. The US Dollar Index, which is in a running triangle, has to drop to the E apex of the pattern (at the lower trendline) and then it should be complete.

For many months now, I've been calling for the top of the US Indices when the US Dollar has reached that point. So, we're now talking days away, at the most. Oil requires a new high before it drops close to twenty points.

Around the world mood is turning more negative. There are knifings, horrific rapes, the crazy impeachment zoo, more crypto CEOs "disappearing," and even crazier climate marches, falsifying of scientific records coming to light, bonds defaulting, more police brutality, and lots and lots of lives being lost due to dwindling hope.

The level of corruption coming out is stunning, but we probably haven't seen the worst of it yet. This is what happens at the top of the 500 year cycles.

We are very close to the stock market internationally changing trend. It's purely a waiting game now that will likely have a catalyst appear that pundits can blame for everything.

We're sitting at the top of an ending expanding diagonal, which is an ending pattern, which will resolve itself with a dramatic turn to the downside once its completed the final subwave.