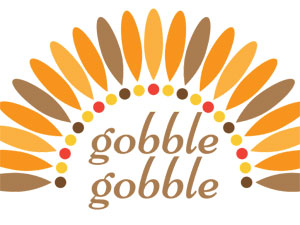 Earlier this past week, I was hoping for a more rapid turn to the upside in a final wave, but we didn’t get one. I figured we had a small window to reach a high by this coming Monday, but by Friday morning, it’s pretty much discounted that idea.

We appear to be in a very rare ending expanding diagonal with one more wave up to go … which should reach the upper trendline of the current pattern.

US Thanksgiving is the most bullish period for the US stock market all year. As a result, it now makes more sense for the market to head up all this week, which aligns with the wave count.

BUT … this wave up is it … one last “squawk”. The extremely rare ending expanding diagonal pattern will then be complete. The US Dollar Index is likely to be a the lower trendline at the same time the US indices complete this final wave up.Oil should be up at its target. DAX will find its final high.

We’ll be set up for a turn all together, as I’ve been saying would happen for months now (I know, you’re probably getting tired of that prediction, based on the fact that the turn hasn’t yet happened. But, it will, and we’re very close).

The Irony of Tops

I’m often said tops are a process, and in this case, that’s never been more true. That’s because multiple asset classes are moving in tandem and will hit their individual targets together to result in a major trend change across all these assets, including international exchanges. The resulting drop should be a “bit of a show” – dramatic and fast.

So, we have a situation in which all asset classes have to reach a final high together, but they have to do it in a way in which they’re so weak, that they’ll all turn down dramatically together.

It’s a seemingly uber-bullish end to a trend that is incredibly weak at the top end. It always “fakes out” the herd. In fact, I’m hearing from multiple sources that expectations are for much higher very soon. Good luck with THAT idea.

“At the extremes, the herd is always wrong. One should not under estimate its capacity for stupidity.”  — The Secret Life of Real Estate, Phil Anderson

The Key Thing Elliott Wave Has Taught Me

Mr. Ralph Nelson Elliott got this science about 85% right … in only a portion of his lifetime … during a very tumultuous period — the 1930s. That’s extraordinary! He published his most comprehensive work – “Nature’s Law.” in 1946.

Bob Prechter published “The Elliott Wave Principle” in 1978, making some changes that moved the accuracy of “the theory” back slightly (in my humble opinion), by making some changes to Elliott’s original work and adding elements that are at best, misleading. It’s true that he made the material much more accessible through his excellent communication skills, but it’s difficult for me to applaud his efforts to advance the theory as a science.

A good example of this is in the area of “truncations.” Elliott referred to the inability (on occasion) of an impulsive set of waves to complete all five waves. Sometimes, he observed that a fifth wave would not reach a new high in a bull market, creating what he believed was a “failure.” Prechter and Frost in “The Elliott Wave Principle” renamed this failure a “truncation” and provided two enoneous example charts in the book to support it.

They apparently did not do the proper research to either prove or disprove the “truncation” concept. I’ve stated here many times that I’ve done that research and have discredited the “truncation” concept by providing valid counts for the two charts presented (in fact, they weren’t even in positions in the wave count that would allow for a fifth wave truncation).

I’ve since scoured the market (US indices primarily) for signs of a real truncation but have been unable to find one. Validating the fact that final fifth wave patterns always complete their full counts proved to me that the Elliott Wave Theory is, in fact, a science. (other findings also support this contention).

The Elliott Wave Theory has also instilled in me that fact that humans are greatly influenced by our solar system. That’s because the patterns in the market play out over and over again to their full counts and do so with strong adherence to fibonacci wave ratios (.618). The ratio of the distance between the planets in our solar system averages out to that same number, a number which appears over and over again in the market, in virtually every sequence.

It’s humans that make the trades, of course, but they do so based upon how they feel (positive or negative) and on a larger scale, mood swings don’t change the trend until there is a mass change throughout the population, worldwide. The current trend will play out until the the mood of the masses is more negative than positive (resulting in a move from a bull market to a bear market). Otherwise, the market would be “all over the place” (ie. — unpredictable and therefore, unable to be profitably traded).

We’re reaching one of those trend change times, and you’ll find that the wave lengths are getting shorter and shorter and the patterns smaller and smaller.

These swings in mood and the market are not restricted to the market alone, of course, and you can see the current negative mood entrenching itself the populations in countries all over the world. What’s really concerning is the fact that the markets haven’t turned yet (we’re slightly more positive-feeling than the reverse) and that by far, the worst is yet to come from a societal perspective.

Time to start paying attention to how this gigantic mood swing is going to affect us in all aspects of our lives, no matter where we live.

This past week has confirmed the ending expanding diagonal in NQ and ES — a rare pattern that was described in the Elliott Wave Principle, but without an accompanying valid chart. I identified it a bit earlier than normal, only because I'm completely out of alternative patterns.

Ending expanding diagonals (it's too small a pattern to show up in this daily chart) are ending patterns and result in a dramatic turn to the downside once complete.

As a result, I'm expecting a final wave up that should hit the upper trendline of the pattern. In the SP500, that could hit 3150 or a little higher.

I'm expecting a bullish week, with a final high after US Thanksgiving.

We may also see some sort of "trigger" event to mark the turn.

We need the final waves in other asset classes to finish up their current patterns before the entire market (and other international exhanges) change trend. I expect the trend change is imminent (particularly with the current position of the US Dollar Index).