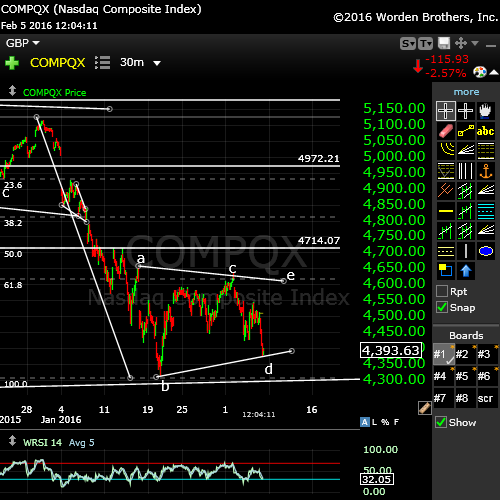 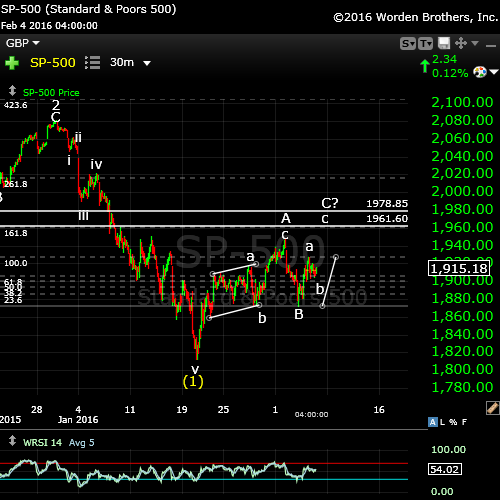 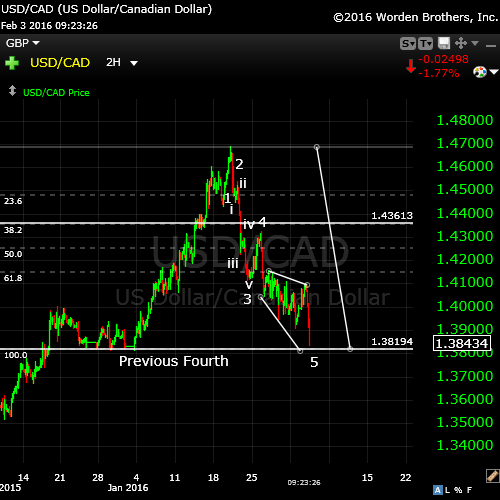 Here’s a 60 minute chart of ES (emini futures – SPX) showing where we are right now. We’re a bit short of the previous fourth wave, but certainly “in the area.” We have an abc corrective wave up overall from about 1810, with two waves of 5 waves each (almost). We would at least want to see a new high … and we want to be looking for a top. We could go up further, but it looks like we’re in the final wave up. 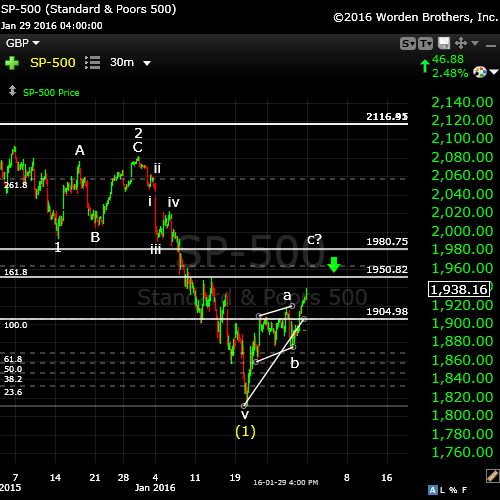 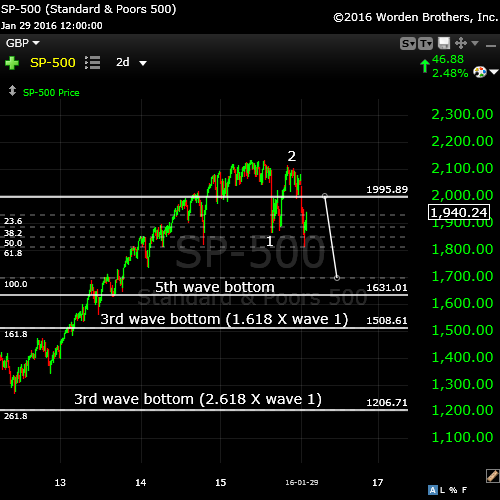 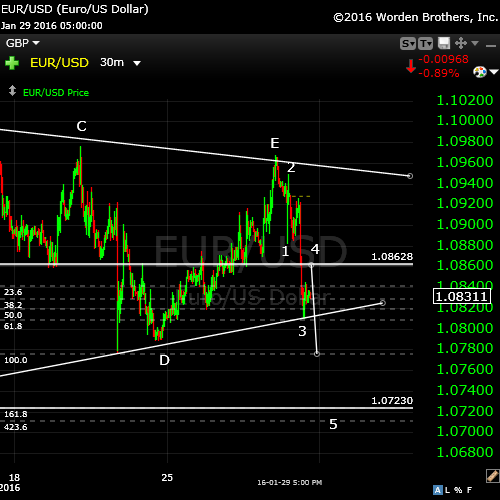