The Stall Before the Fall 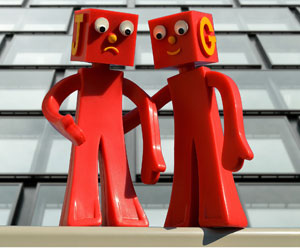 An Attempt to Plug the Dike

Jerome Powell (the current Federal Reserve Chairman) is a little like the Little Dutch Boy and the Dike story that I remember from childhood.

I get the occasional email from people telling me there’s no way the market is going to head down with the Federal Reserve printing so much money.

Well … a couple of things here:

Let me just flesh out that first point.

The issue for the past few months has been liquidity of the US Dollar, which extends to the banks. If you understand how banks work (“How Money is Created Out of Nothing”), then you know that non-performing loans that eventually destroy digital money (it disappears into “nothingness”) and this creates problems for banks in that their reserves get “out of whack” (ie – they don’t have enough reserves (or day-to-day liquidity) to cover loans and other needs).

That causes them to borrow from the Fed at the end of each day to keep those ratios up, and keep them from defaulting (or causing a bank run). Powell has pledged to provide large amounts of overnight liquidity (repo) to cover any liquidity shocks. He’s been doing that off and on for the past month or so. He’s really just sticking his finger in a dike, hoping it’s going to be enough to do the job.

Because the US Dollar is the reserve currency used around the world, we’re not just talking about domestic loan failures, or bankruptcies. There’s a move internationally away from the current reserve currency (the US Dollar), with other governments creating their own international transaction systems to rival SWIFT, mostly due to the desire of the US Empire to weaponize it on almost a daily basis.

The drop in liquidity for the US dollar is deflationary. I’ve stated we’d see for several years now that this would be the outcome of this turn. A turn down in the market is going to exacerbate the current “bulging dike” situation (and send the US Dollar higher) because a large drop will destroy currency (take more US Dollars out of the system). Remember, the US market is traded internationally, and failures of any magnitude are going to create a situation whereby the Fed simply doesn’t have the funds to plug that larger hole (and they won’t necessarily have the desire to do so, either … good money after bad).

This is a simplistic description of the problem, but it’s important, I think, to have a realistic view of what the Fed’s up against. It’s a David and Goliath story, that’s for sure. I’d have money on Goliath this time around!

It’s going to be really interesting to see how this plays out, but I don’t have any faith that the Fed is going to be able to stop this runaway train.

Here are a couple of pertinent articles:

The New York Fed and Liquidity

Here’s a good summary of where we’re at from one of this week’s articles:

“Desperate acts by clueless people: It was a surprise that QE and NIRP “worked” by staving off collapse for the past decade. It will be absolutely shocking if the coming, even more extreme experiments do the same. So expect the above and a lot more when things get really crazy, including central bank equity purchases, capital controls, wealth taxes, and maybe even price controls. Everything will be on the table and none of it will work.”

The market is going to come down despite (and because of) the Fed, and other central bankers. There’s far too much damage to the system internationally for the Fed to be able to plug the liquidity hole for very long. They simply don’t have enough power at this point to reverse the inevitable.

Beware the Chinese Curse: “May you live in interesting times.”

Everything across all the dozen assets I cover nightly has performed as predicted. Slowly, they've all moved to the projected targets. We may still have a couple of hold-outs in currency pairs, but for the most part, we have full counts right across the board. A trend change is imminent, but we have to wait for the market to give the turn signal.

It's certainly been a frustrating journey, waiting for all these players to get to their ultimate destinations all at the same time. But, while I was expecting to see a top on Friday, by mid morning, it was obvious it wasn't going to happen.

I've been busy the past 24 hours checking off all the events for which we've been expecting a resolution:

It was quite the week with so many potentially terminal events. But, we have yet to see a set of motive waves to the downside in the emini futures, a turn down in oil, or a reversal in currency pairs.

Perhaps we're waiting for the final house vote on impeachment (mid to late this coming week), or something more dramatic, like a major bank failure. Technically, it looks like we're tracing out a final bullish triangle at the very top of the final wave up. We're at the measured target, but we need the market to give us a definitive turn to the downside.

At the same time, as I've explained above, the Federal Reserve is attempting to keep this market afloat by plugging up the dike that's been leaking US dollar liquidity. While they can do that for a short time, it's a game that they will ultimately lose.

In the meantime, we wait. We could see a turn down almost any day.  Next weekend (Dec. 21) is winter solstice, followed by a solar eclipse of the 26th.

We're at the top this weekend of a final fifth wave. However, it appears we're tracing out a contracting triangle (needs confirmation), which tells me the market needs a bit more time. The trigger could come at any time, and I expect the resulting drop to be dramatic.