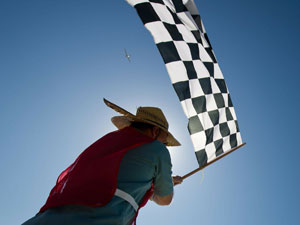 Santa Showed Up, but …

This topping process has been the most extraordinary thing I’ve ever seen. Absolutely everything has traced out corrective waves at the top — that’s never happened before in any market, as far as I’m aware. But it does help to confirm the current pattern — an expanded flat.

Since the bottom on Dec. 26, 2018, we’ve been in a rising corrective B wave of a flat. It will completely retrace to the downside in five waves. The wait has been a long one, but it’s almost over.

Keep in mind that the B wave of a flat is the one of the most difficult waves to catch to top of (bottom in a bear market). When it ends, it ends. The final subwaves are typically corrective and there’s little warning of the turn.

What helps this time is that all the major asset classes have been getting more and more tightly aligned and they will all turn at close to the same time.

Currencies, oil, and the US indices have lined up for a turn to the downside. There is a little more work to be done, but we’re now talking about a matter of hours, not days. We seem to be targeting year-ends, or beginnings for these major turns.

We may even end up getting gold and silver to a new high for the same turn, but that one is up in the air at the moment. 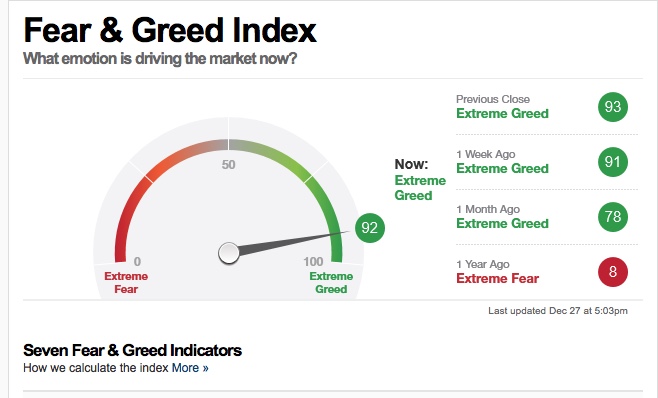 Sentiment mid-day on Thursday actually hit 93, which is the highest level I’ve ever seen on this index. That signifies that everyone’s pretty much “in” the market and feeling very good about they money they’ve made — an excellent foreshadowing of a top.

As I’ve mentioned, all major asset classes i cover are moving towards a common inflection point. I expect all of them to turn at about the same time. That most likely means we’re going to get what will be referred to as a “flash crash.” Everything is going to drop in tandem and that can only mean it will be a spectacular show.

Again, we’ve never seen anything like this set-up before (at the top of a market), but otherwise, it should follow the prescribed pattern … with a dramatic wave down to under 2100 for ES/SPX.

The “All the Same Market” Problem

There’s good news and bad news with everything moving in tandem now. It means that trades are far and few between. In other words, they all happen together. There’s a long period of topping (which is a different trading environment) and then everything turns at the same time, so you need to instigate your trades together.

The good side of all this is that you have several asset classes that reinforce the trade direction, because they all change direction at the same time. This is likely to continue to be the case for indices, oil, gold and silver, and currency pairs for the foreseeable future. 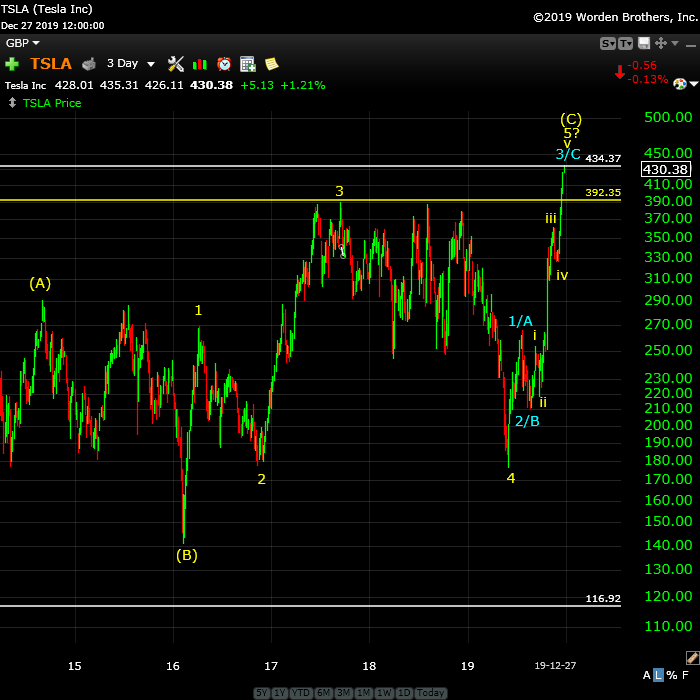 Above is the 2 hour chart of the TSLA (Tesla). I’ve been watching this final pattern unfold over the past couple of weeks. That larger pattern is corrective and so is this final wave up. I have labelled it as both corrective and as an unfinished possible motive wave up. I see this as a possible final top.

If a wave down drops below 265, there’s a good chance the top is in. I’d want to see that the wave down is not obviously corrective before committing to a short, but if you’re interesting in shorting it, an out of the money, low risk put would do it. It has some pretty amazing swings to it, so be careful. I’d be looking at three months to a wave bottom.

The structure of the resulting wave down will be very important in determining whether a final top is in place.

The direction is still up, but not much longer. We've been waiting for currencies to top (the US Dollar to bottom), but nothing's been moving for over a week. Finally, late this week, all USD currencies suddenly moved towards their targets in a space of about 24 hours.

This weekend, we're sitting with everything very close to a final top in wave count and measurements.  However, the final small fifth waves up (that I highlighted in last week's NYSE video) turned corrective and moved a few more points, as a result.

However, with sentiment at new extremes, DAX near a top, oil near a top, and the US Dollar index close to a double bottom, a turn down is imminent.

We may still get that turn before we see New Year's Eve play out.

As I wrote a couple of weeks ago, the Fed is battling a US Dollar liquidity problem, which is bearish for the overall market, bullish for the US Dollar, and a clear signal that deflation is waiting right around the corner.

The overall pattern across all US indices now is a flat. That strongly suggests we're going to see a 5 wave pattern to the downside under the 2100 level, as I've been predicting.

We're at the top this weekend of a final fifth of fifth subwave. This week is set up for a turn due to measurements, and wave structure. There are large liquidity issues for the US Dollar which should increase as we move into the New Year.