Assessing Our Political and Social Progress

I’ve had a traumatic week dealing with technology melt-downs and am a bit behind, so I’m reverting back to some previous content this weekend. Here’s a post I wrote on October 16, 2016, describing the longer road ahead. It’s interesting, I think, to reflect on the three and a half months since and note the changes we’ve already seen. 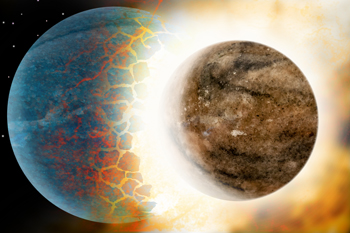 We’re on the cusp of two worlds colliding. We’re leaving the corrupt old world, which is self-destructing, and entering the birthing phase of a new society. This is a global transition—a 500 year cycle of revolution.

The new environment (after a horrendous clash) will be harsher, simpler, focus more on humanity, and overturn the oligarchy that exists throughout the world today. The moneylenders will gradually lose their hold on the pursestrings of the world. They’re already feeling the pressure, and although they’ll resist, they won’t win. They never have through any of the previous five hundred year cycle turns.

It won’t be an easy transition—it will be traumatic, but the outcome will be for the better. Each major five hundred year revolution furthers democracy, freedom from financial oppression, and re-balances the social and economic playing field.

Here’s an overview of what to expect as we move through the biggest changes we’ve experienced in our lifetime—in fact, more intense change than any of several generations before us. This is all based on historical data collected over past 500 year transitions.

At the transition from Warm to Cold: Clustering of storms, floods, changeableness, heavy snows, blizzards, typhoons, hurricanes, tornadoes, earthquakes and volcanoes (volcanoes especially at the top of warm phase as it turns colder). Volcanic ash in the atmosphere causes the climate to cool.

The early stage of a cold period is wet (usually much less in length than the drier stage that follows). Hence the floods we’ve experienced around the world.

Leaders become weaker as the warm period reaches its peak. As we move into the colder climate, leaders become even weaker still, reigns are shorter and historically there is palace intrigue, suicide, and murder in the political realm.

At the moment, you can see the clash between the elite class and the commoners in the American election. Clinton is supported by the establishment (the elite and particularly the international banking community) and Trump represents the working man. It this revolution has truly taken hold, Trump will win. Even it he doesn’t, the people’s social revolution will eventually win.

Financial collapses always accompany a move from warm to cold climate. You can also find this attribute on a much smaller scale. For example, 1929 was a very cold year. My blog post entitled “Don’t Like the Climate, Wait a Cycle!” follows the temperature and the performance of the DOW over the past 100 years, so you can see how the fluctuating temperature helps predict the movement of the market. What’s actually happening is much more complex that a simple “cause and effect” link, but nonetheless, the correlation certainly exists.

Social mood turns negative every 172 years and leads to a major revolution.

Ever wonder why the entire world seems to get angry all at the same time? The mood of the masses change in a cyclical manner. This is why revolutions are world-wide. It’s also why economic slumps are world-wide. You can see this phenomenon occur again and again all through history. We’re influenced by electromagnetic waves from the the planets and Sun—the influence has been scientifically proven, although we are in our infancy in understanding the specifics. You can find out more in my blog post and video, “Puppets on a String?” I also provide a short explanation on my Social Mood page on the “Master the Edge” site.

You can see the effect of periods of colder climate on our health in the chart below:

The red arrows mark the temperature highs. They happen approximately every 1030 years and then it turns colder for several hundred years. There are smaller spikes at regular periods in between the major highs.

However, whenever there’s a downturn in the temperature, human health suffers. There isn’t necessarily a cause and effect link between climate and health. But there is between mood and health. When people are fearful or suffer from depression, their health deteriorates.

These downturns also turn turn human mood negative. Civilizations tend to crumble and the economy takes a big dive. You can see my blog post on this subject here.

Personal safety is going to become a critical issue going forward. When people go hungry en masse, violence and anarchy break out. Large cities are going to be especially hit hard as transportation systems break down and even fresh water becomes scarce. My upcoming free webinar, entitled “Navigating the Crash” is going to address some of these issues and how to prepare for these very difficult times worldwide.

You can see the transition in the area of food with a story this weekend on NBC that featured a group helping homeowners to set up mico farms on their front lawns. Here’s a similar article in the Huffington Post. The signs of the transition we’re going through are everywhere. There was also news item this weekend on the  return of doctors doing house calls. Ah, the power of cycles!

This revolution is about our monetary system. It’s a continuation of the historical fight between the growing power of moneylenders versus the financial domination of the common man. You can trace if back to Jesus upsetting the moneylenders in the Temple. His lost his life, as a result.

We have a similar class struggle today. Every major nation is now beholden to the private banking cartel of Europe (and the Federal Reserve in the US). It’s a contract with the devil.

These private banks create money from nothing and then charge compounding interest to countries to use that money. This is ridiculous, of course, because most of these countries can (and have done do before) create their own money at no interest, lend it to their population at low interest, and use that interest to pay for all government services and virtually wipe out the need for taxes.

This is the system that was in effect in Canada before 1974, Australia before 1991, and in the US before 1913. The tax system we have today was developed because of the need to fund these exorbitant and totally unnecessary interest charges. Now all the major G7 nations are bankrupt, the money being owed to these private bankers. I expect to see the growth of public banks again after the coming financial crash, as happening in the Great Depression. History repeats.

Traits of the Transition

Here are some of the changes you can expect as we move from the warm dry climate of the late 20th century through the current wet-cool short cusp to the cooler dryer climate of the next several hundred years (from the research of Dr. Ralph H. Wheeler):

Below are some contrasting traits:

The Ending Diagonal is No More

In the past week, the ending diagonal started to become doubtful due to the wave structure. There was a wave just before the large triangle which ended up being a small ending diagonal (of the third wave of the larger third wave). This wave caused a moderate amount of concern for the count. When we ultimately went to a new high above 2277 in ES, this caused a re-think of the count and this weekend, some revisions to the concept of an ending diagonal, but not necessarily right across the board. It remains to be seen for example, whether it also affects the NYSE, which I’m still counting as an ending diagonal, right or wrong.

Based on relabelling as a 5 wave move in ES wave (3), I’m still projecting a final top to our five hundred year set of Supercycle waves sometime in the early part of this year. I’ve given up on being specific, as these waves have been moving very slowly. Ultimately, Mr. Elliott’s waves will forecast the end and give us adequate warning of the turn.

Above is the daily chart of ES. The trendlines are gone, as the structure counts best as a simple wave 3.

There are no changes in the prognosis. The dismissal of the ending diagonal pattern simply means that wave 4 down will seek its own bottom and is not confined by the requirements of an ending diagonal. It is therefore likely to retrace 38% of the C wave at its own pace (to about 2202). This new count also aligns ES with the wave structure in the DOW, and it’s always a good thing when the structure is similar across the major indices. Having the DOW that out of sync with the SPX has been pointing to an issue with the SPX count.

If wave 4 comes down into the area of the first wave, then we’ll have the ending diagonal, but only if the trendlines don’t diverge. If they do, something else is happening.

The 4th wave will come down in three waves. After we finish the A and B waves, we should be able to project an end to the C wave of the 4th wave. Once we finish the fourth wave , we’ll get a final blow-off wave for the month of February, with a potential top that month or into very early March. We may very well see the ending diagonal as the 5th wave.

Summary: We are completing the third wave of the C wave (likely topping Monday, Jan. 30, as there was a turn date last Friday), before dropping into a fourth wave. After completing the fourth wave, we’ll have one more wave to go, which is likely to be an ending diagonal as a fifth wave. The long awaited bear market is getting closer.