End of the Bounce? 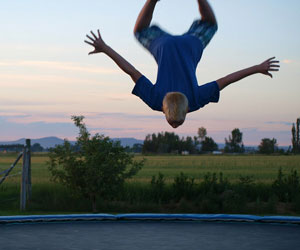 A Top Is Forming

After a week of a correction to the upside in the US indices, as expected, this weekend, it looks like we’re forming a top. The next move should be to the downside.

The waves up now look corrective, and because of that (and what’s going on with the Dollar Index), I’m expecting to see a major turn early in the week. Because of these things combined, I think we’ve seen the last of the upside correction. I believe it’s down from here. 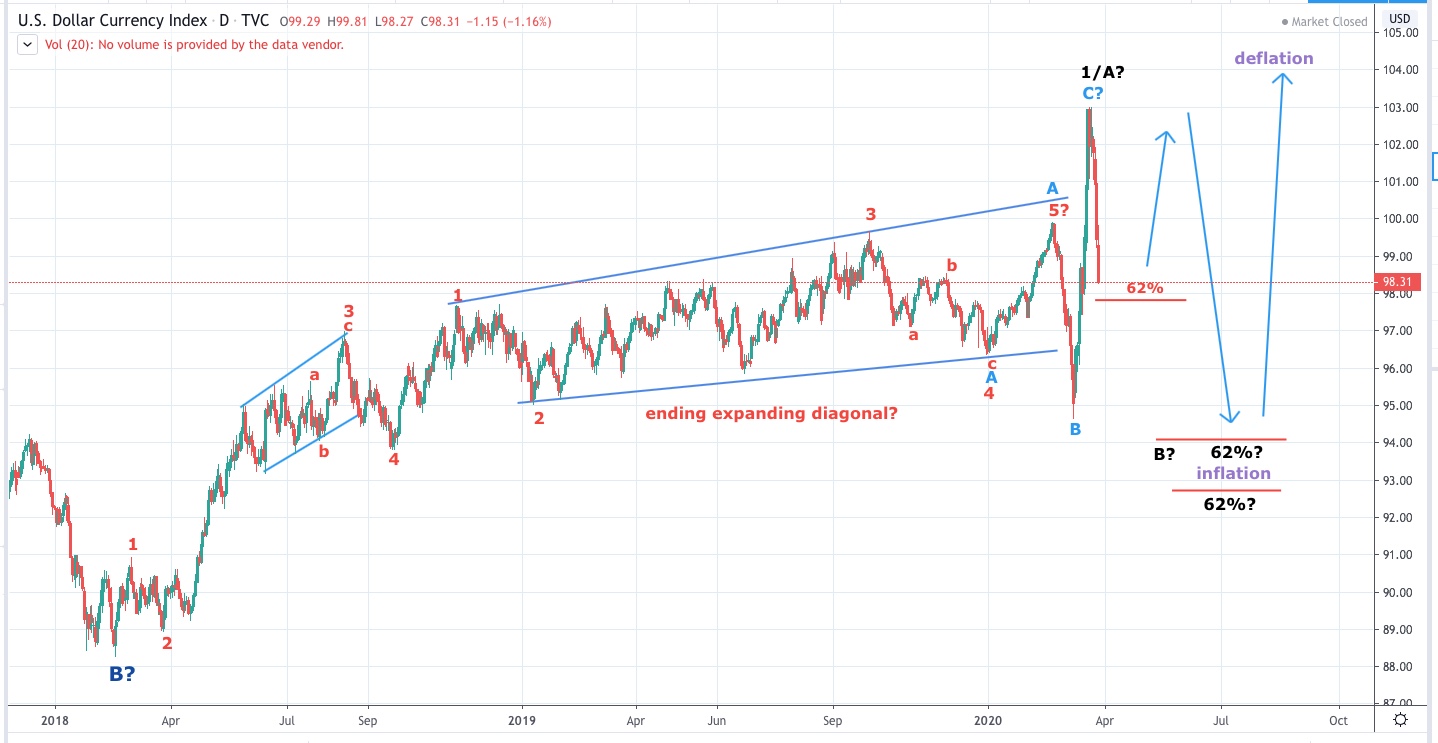 Above is the daily chart of the US Dollar Index (DXY).

The longer-term direction appears to be getting clearer and it’s interesting how it’s gelling with what’s going on in the US itself.

Short-term, we should turn up with a wave up to the previous high, at least. That’s a deflationary move, as is any move of the US dollar to the upside. It signifies that the liquidity problem (scarcity of the USD) is intensifying. In that scenario, the US buck becomes more valuable.

In a couple of weeks, the Federal Reserve will again flooding the market with more debt, in the form of a “Bernanke helicopter drop” to the population and small businesses. At that point, the US Dollar Index should be set to turn down, and this will likely happen with the final 5th wave up to an all-time new high in the US indices (equities). That should last through the fall and perhaps into early next year. That’s inflationary.

An injection of more debt can’t solve the problem of a world-wide economy drowning in debt, of course. And the cries of hyperinflation are ridiculous.

Remember, we’re talking about the reserve currency that’s used by countries all over the world. There is no way the Fed can plug a hole that large. The attempt to do so will eventually fail. When it does, the US Dollar Index will turn back to the upside and this time, it will keep on going. That event should mark the top of the stock market. It will begin to implode and result in the gradual end to the house of cards, which we call our financial system.

No depression has even taken place in history that is not deflationary.

The wave down from the 3400 area appears to be a double zigzag (the subwaves are difficult to label with certainly). At the bottom of the last zigzag, an ending diagonal traced out. That ended the downward trend for the short term.

In the SP500, the final wave doesn't appear to be an ending diagonal, so the odds are that it's a set of five waves, which would strongly favour the double zigzag idea (it's a very odd set of final waves). Not only are the waves difficult to label naturally, we're faced with a lot of missing data, after several limit down and up stoppages in the futures market.

I'd then called for a rally, as we needed another wave up at least 38% of the distance from the 3400 top. This B wave rally has to be high enough to make the entire structure look like an ABC "three." We got that rally this week.

The waves of the rally are very difficult to label with certainty, but my bias this weekend is that the wave up is corrective (not in five waves). If it was five waves, we'd be expecting another leg up after a three wave correction the the downside, However, I'm leaning towards the current rally high this weekend being all the countertrend rally we're going to get. As a result, I'm expecting a new low to the fourth wave, which should end the fourth altogether.

I could be wrong, but it's my best assessment of the situation, given the terribly formed waves we're forced to deal with.

I don't know what the final pattern (down) will be at this point. It's most likely that it will be another zigzag, or a triangle (the latter will take much more time to unfold that an zigzag).

Summary: We appear to be in a combination fourth wave, and have traced out double zigzags to the downside. We've traced out the large bounce I was expecting, but I think that's all we're going to get.

That being the case, I expect to see a final (third) pattern play out to the downside that results in a slight new low to complete this large fourth wave.

Next Date: SUSPENDED for the time being

NOTE: Due to the extraordinary challenge of trying to analyze this fast-moving market, re-label charts, formulate an overview, double-check streaming software, and launch a webinar, all in an hour at the end of market session, I'm suspending the Chart Show for the time being, until I can offer another solution.