Road to the Top 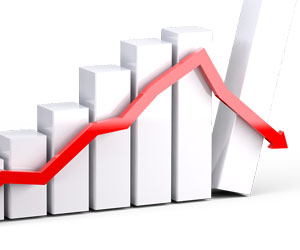 A Period of Relative Calm?

It was a very tumultuous couple of weeks in the US indices, and a potentially lucrative one, if you follow Elliott Wave structure.

The wave up on Wednesday (on news) was destined for failure, which I identified, but which dropped farther than anticipated.

The Pundits’ Reaction
It was hilarious to see the reaction in the main stream media. On Tuesday, the DOW went up about 600 points very quickly on news. On Wednesday, it came down about 900 points and that’s what sparked the news (in actual fact, only a 300 point drop from a day earlier). By Friday of this week, we were back up to the same level we started at on Tuesday morning, so, in fact, there was no change to the week!

But this shows me the underlying fear out there, which which is consistent with the historical traits of the top of a 500 year cycle. Expect a much more negative outlook and heightening fear as we move into the Christmas season.

After the drama of the last two weeks, at the end of this week, we seem to have finally found a period of relative calm as we appear to be in the C wave of the third wave of an ending diagonal. This wave should end in a new all-time high

Ending Diagonals
In the “Elliott Wave Principle” book, ending diagonals are classified as motive waves, because they can form as the final pattern in an impulsive fifth wave (and occasionally at the top of a third wave). They also form at the ends of C waves in a large correction.

However, I differ in how I classify them. I consider them corrective patterns, because all the waves within the trendlines overlap, signalling that the market is just not strong enough to trace out an impulsive pattern at the top, and is signalling an imminent trend change.

In “The Elliott Wave Principle,” Prechter states that Elliott said that an ending diagonal occurs “when the preceding move has gone ‘too far too fast’,” which I guess amounts to the same thing (I have never been able to find this statement in Elliott’s works, so I don’t know where it originated), as it suggests waning momentum, or weakness.

It’s usually premature to identify an ending diagonal before the start of the fourth wave of that pattern. However, considering that we’re currently in fifth wave territory, and have a corrective wave up in the SP500 from approximately 2728 (on June 3), which would constitute the start of the fifth wave, an ending diagonal, by process of elimination, is the only pattern that currently makes sense.

This first wave of an ending diagonal must be a zigzag (a corrective wave) and that’s what we have up from June 3 (in cash and in futures).

The Timing
That being the case, the path is relatively clear for the next few weeks. The only thing missing is the timing, but with the current bond inversion and the fact that ten year treasuries (TNX) are currently at about 1.3%, the pressure is going to be on the Federal Reserve to lower rates (September 17 announcement) and we may see a rapid drop either on the news, or the day after. Keep in mind that the ending diagonal must be complete at the same time.

Usually, the market rises in anticipation of the announcement; I don’t expect this to change.

If you want a clearer picture and high probability trading information, sign up for the Chart Show this coming week. We’re waiting for a turn in the US Dollar and this should set up opportunities in currency pairs. I also cover oil, gold and silver, bonds, and the DAX. Sign up is below.

After a week of volatility and no clear market direction, the market appears to have settled down somewhat.

Last week, due to the process of elimination, I elevated an ending diagonal pattern to the most probable pattern going forward. So far, that appears to be what's tracing out.

What's really odd, though, about the SP500 is that futures and cash have both different price lows (a differential of almost 45 points) which is causing different wave structures to emerge within the ending diagonal. ES has one more wave than the SP500. It's making a short-term prediction very difficult.

If this is indeed an ending diagonal, we're currently in the C wave of the third wave. The direction is up with a target of a slight new high. After that, we'll plummet in a fourth wave to the lower trendline and finally, we'll rally to a final new high.

As I said two weeks ago, I'm now looking towards mid-September for a top. If it's earlier, that would be great, but I don't think that'll be the case. We've never had a major August top — volume is too low.