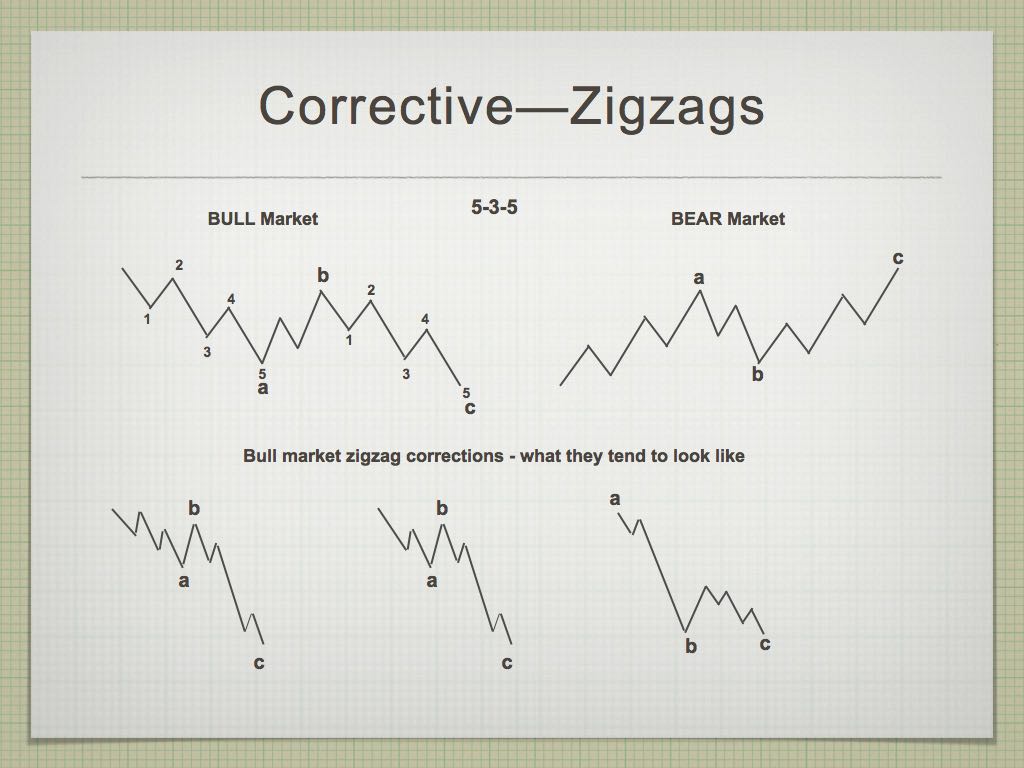 NOTE: I had originally posted Robert Prechter’s rules, but I’ve recently changed the ones that conflict with reality. For example, originally his rules suggested that the A wave of a zigzag is always an impulsive wave, but it actually never is. There is a vast difference between five waves in a corrective pattern and five waves in an impulsive pattern. Impulsive waves do not exist within corrective patterns at any time.

Zigzags are the most comment wave in the market. They’re in 3 waves overall (ABC), but the A wave and the C wave will be in 5 waves each. Much of the time, the A and C wave are equal in length, but the other common ratio is for the C wave to be 1.618 X the length of the A wave.

Rules (these are “hard” rules; they cannot be broken)