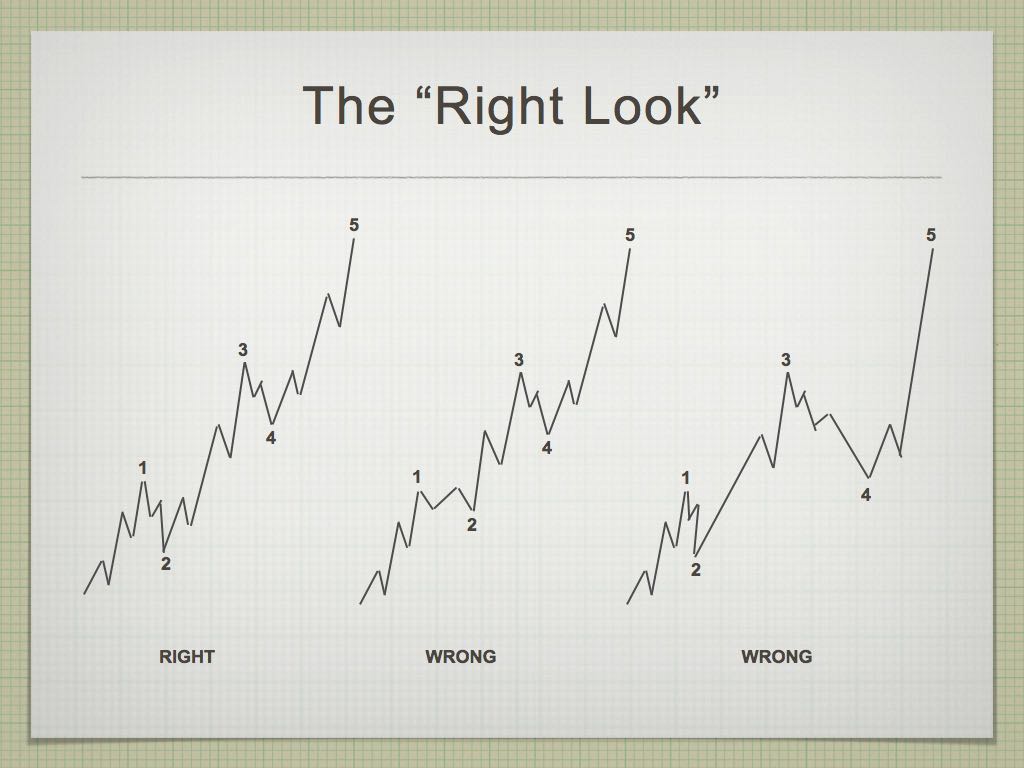 A key element in Elliott Wave analysis is being able to tell the difference between a motive (impulse, or trend wave) and a corrective (countertrend wave). Motive waves are in 5 distinct waves that have very precise fibonacci relationships with each other.

Corrective waves are waves containing subwaves of only three waves. However, corrective waves can also have five waves within them, but look like 3 waves. The secret is often the balance of the second and fourth waves. There is a “right look” to a motive wave, which you can see on the left.

The two examples in the center and the right also have five waves, but the waves do not meet the fibonacci relationship rules and one of the corrective waves is far larger than the other. There can also be missing waves. It’s up to the analyst to measure the components and spot the inconsistencies. Sometimes the differences are minute, but obviously very important in making a correct analysis.