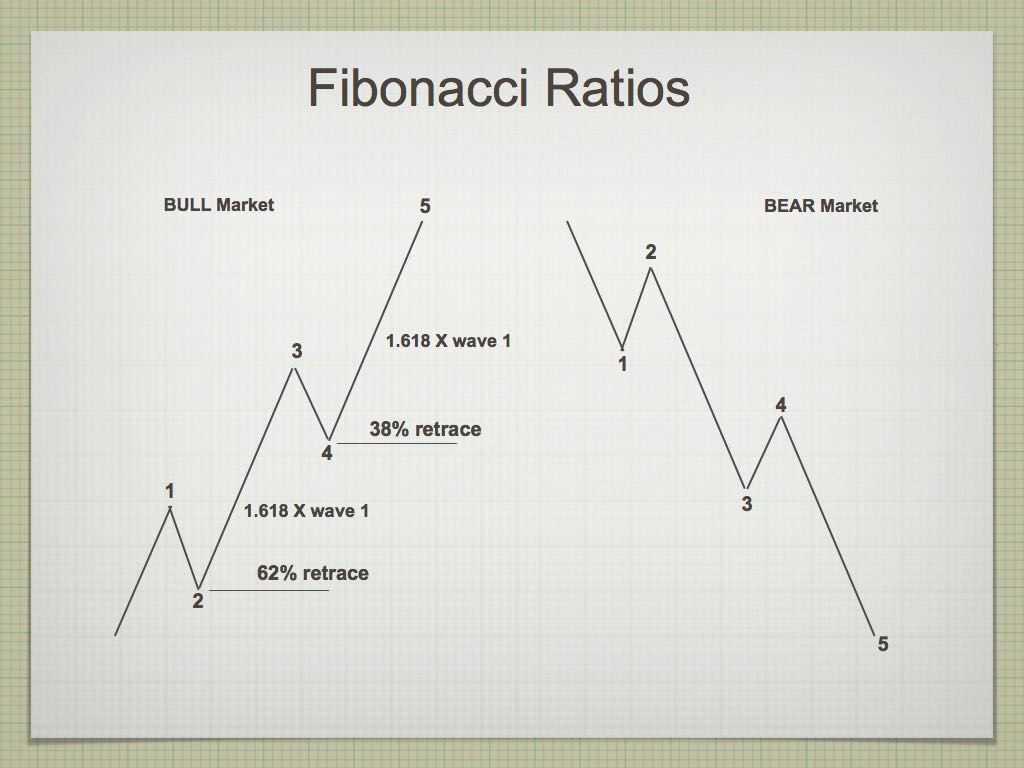 Fibonacci ratios are extremely important in determining length of waves, motive or not. This page will deal with motive, or trending waves only.

The golden mean (.618 and 1.618) is the most important fibonacci ratio in any market. Its reciprocal (.382), is the second more important number.

With motive waves, once you have a complete first wave (of five waves), which is confirmed by a second wave that retraces .618 of the length of the first wave, you have a very good indication of what lies ahead: