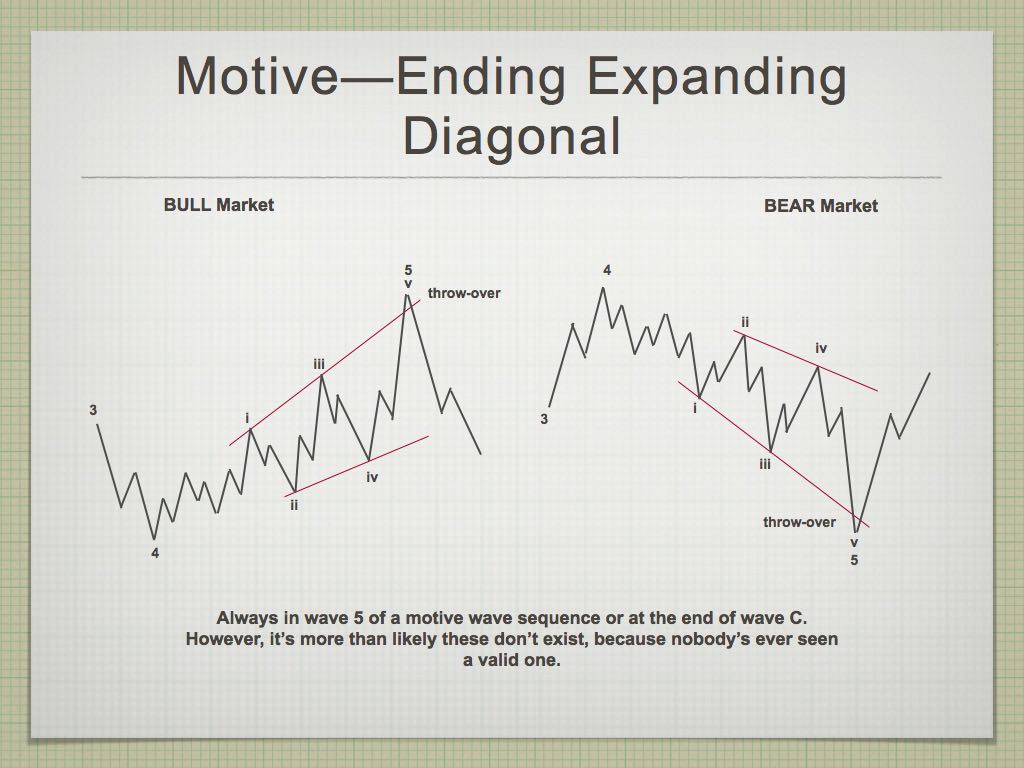 Although I’ve only seen two of these, they do exist—they’re extremely rare. This is a Bob Prechter invention, and the example in The Elliott Wave Principle book does not meet the rules of an ending wave. However, they apparently exist, but are extremely rare. [Peter].

Rules (these are “hard” rules; they cannot be broken)