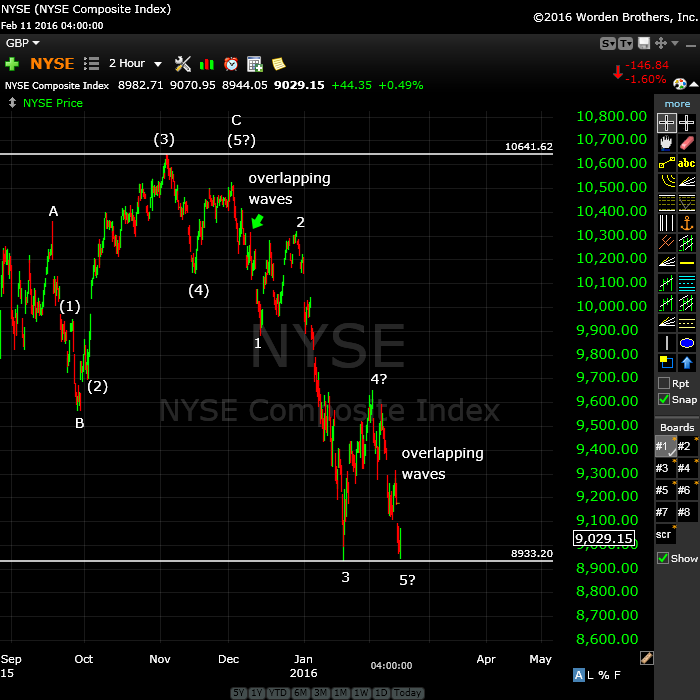 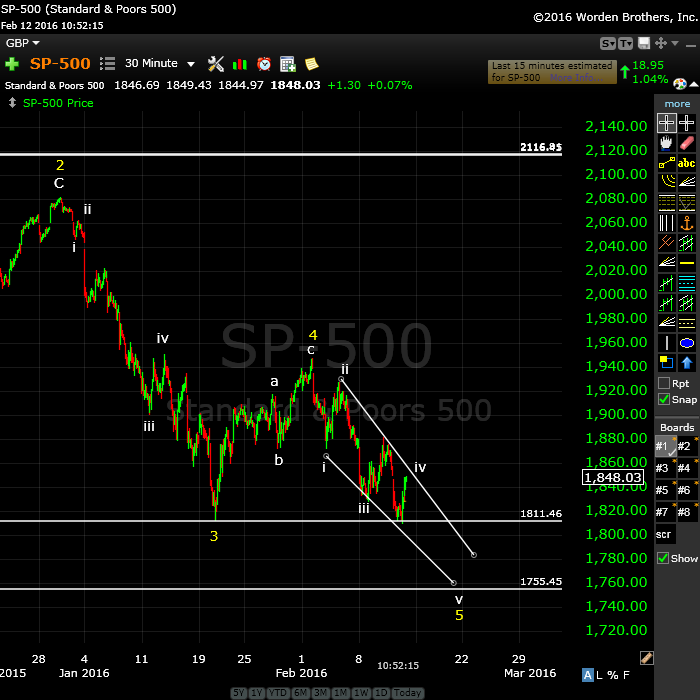 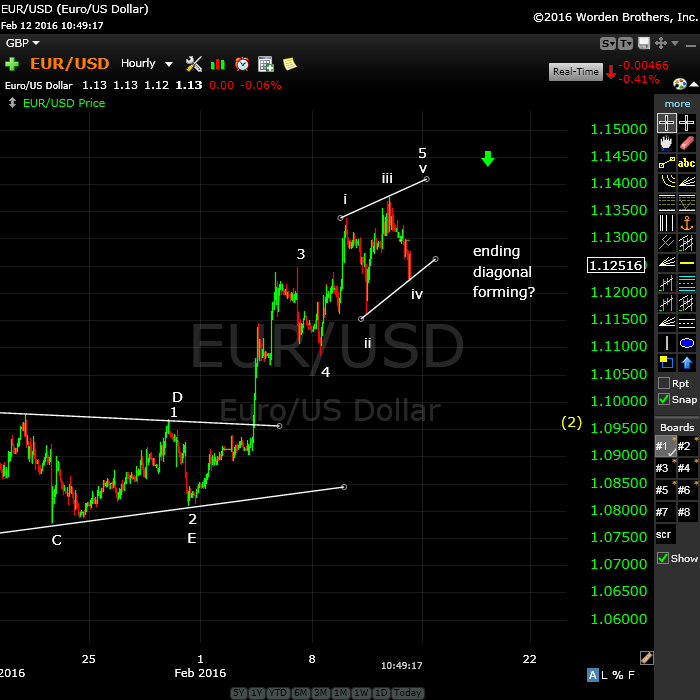 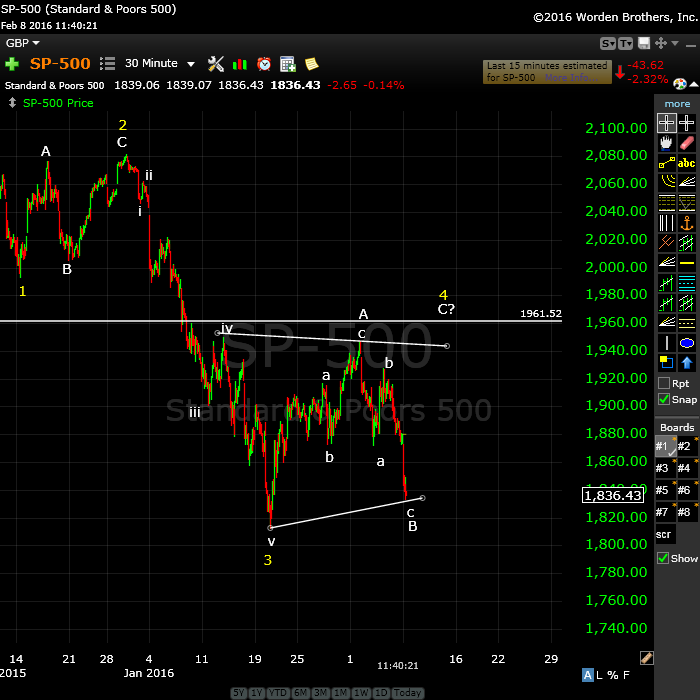 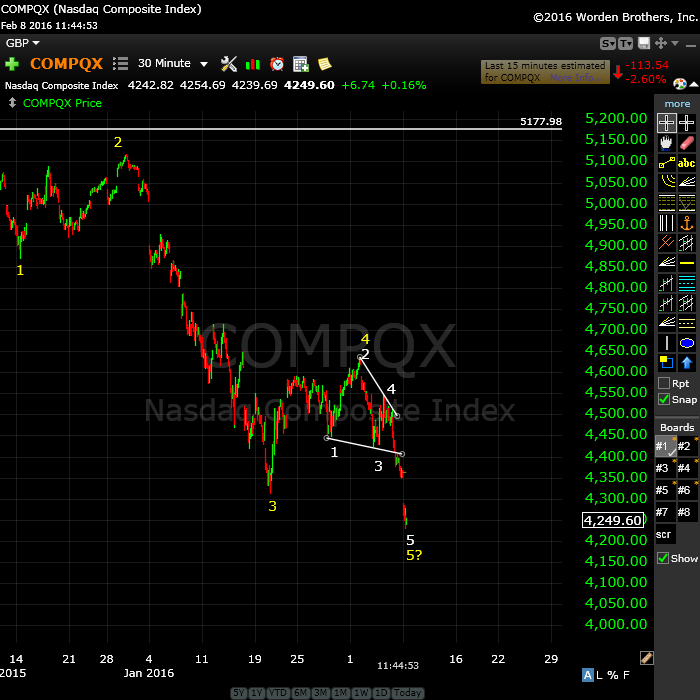 And here’s a 30 minute chart of the trouble-maker – the Nasdaq. I’ve showing the possible ending diagonal 5 wave. If this is correct, it likely means the other indices have already done 5 waves down and that we are in fact, looking forward (again) to either a second wave or a larger 4th to extend the first wave down. I would lead toward the former, but then, this is all speculation until we see more. 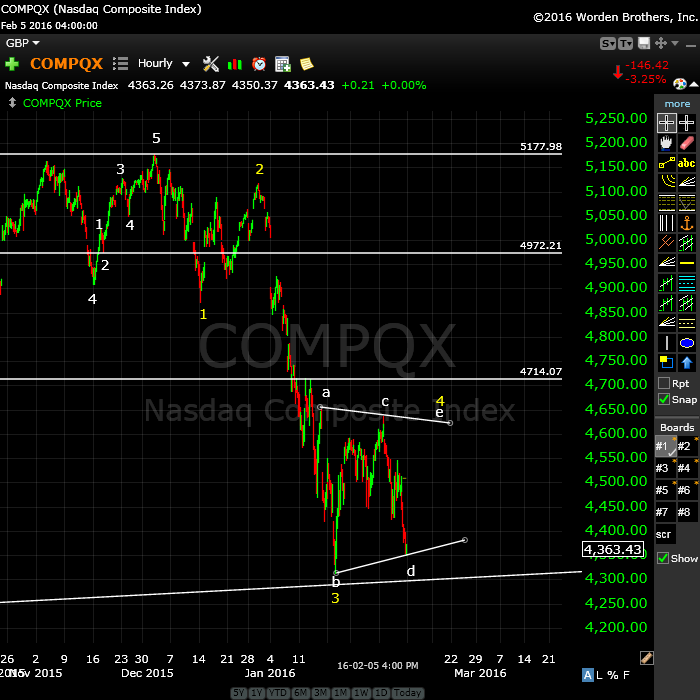 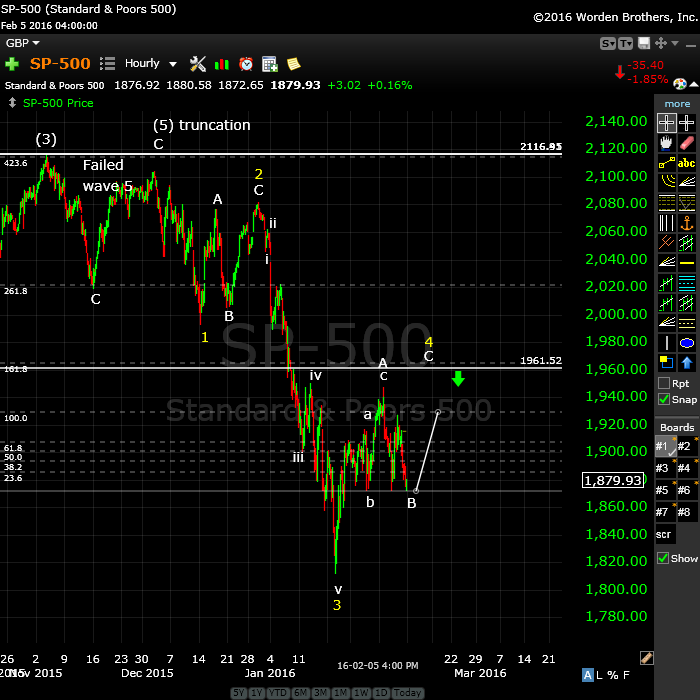 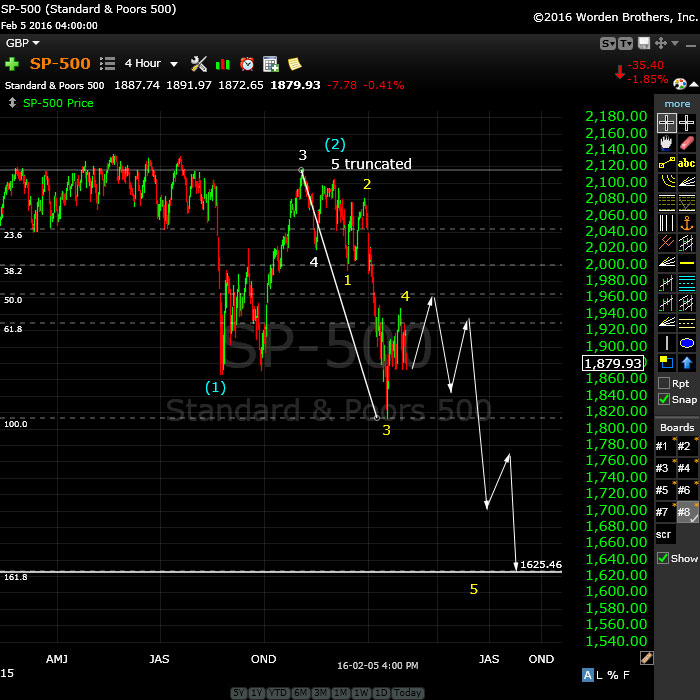 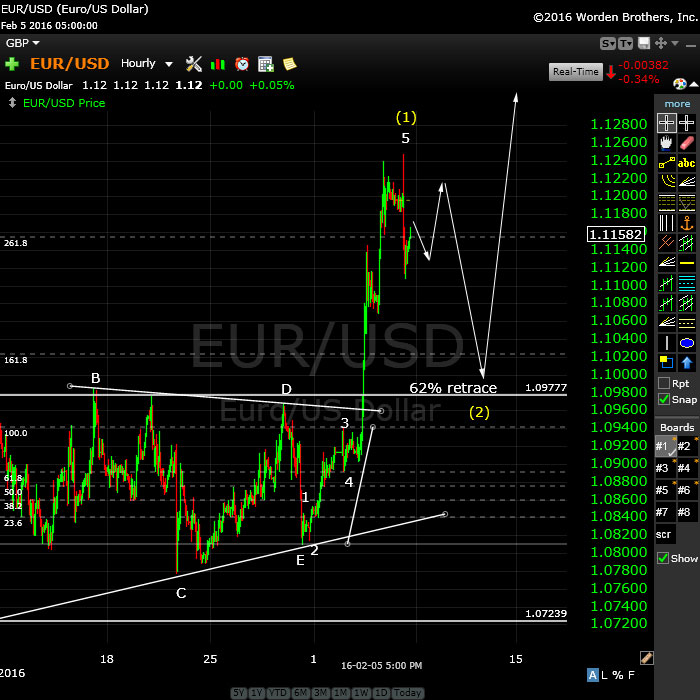 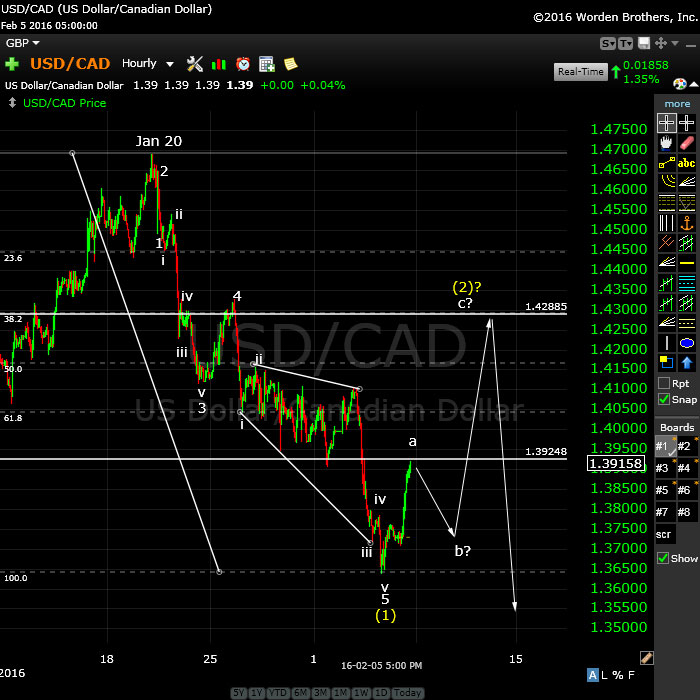