Time to Put on Your Shorts 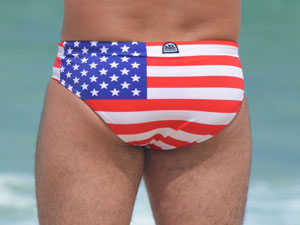 Long Will Be a Bummer

This market is exhausted. Gaps are routinely being left open and virtually everything is moving to the beat of the US Dollar.

You can also see revolutions starting to break out in countries around the world (Spain, France, Hong Kong, Chile, Ecuador, Haiti, Papua New Guinea, now Iraq, and others). This is not an anomaly; they will continue to crop up and get bigger as time goes on.

Then there are the loss of jobs, bankruptcies, and union strikes that are growing throughout the world. The action of governments to these crises usually exacerbates the problem (as in the jailing of politicians from Catalonia for 13 years, or the restricting of imports of black outerwear in Hong Kong by the Chinese government so protesters can’t dress in black — this one is particularly stupid).

Add to that the corruption that continues to be exposed and you have a recipe for a major upheaval. When this market comes down, it will be fuel for the fires that are starting all over the world.

CNN’s Fear and Greed index is at new highs, ripe for a turn to the downside.

The Hunt for Red October (updated)

It’s Halloween sugar hang-over time … which is likely to drift into the markets early this week.

I’m expecting a turn as early as Monday … we’ll see what happens. We may also get a “trigger” event, which very often accompanies a turn of this magnitude, but it may lag the actual turn.

Based upon the projection of a very large fourth wave drop in the SP500 to an area below 2100 suggests to me we’re going to see the demise of a European bank, perhaps Deutsche Bank. (there are other possible contenders out there, but this would be the biggest financially destructive potential catalyst).

This past week gave us the usual Federal Reserve announcement boost and on Friday, the boost from the US labor report, two events I was expecting might culminate in new highs across the US equities indices. We achieved it in all the indices, except the DOW and Russell 2000.

The DOW now sits shy by 50 points (which is "nothing" for the DOW to traverse in an hour, and I'm not sure the Russell is set up in flat pattern now, so we may not actually need a new high in that index.

The count appears complete (5 waves in the final pattern) but may need just a few more points to the upside to complete the final topping process. We may finish those chores on the weekend or early Monday.

I'm looking at Monday for a possible turn to the downside.

The pattern across the indices appears to be an expanded flat (a regular flat in the exchange, NYSE). That projects a large wave down in 5 waves to an area under 2100 in ES.

Summary: The current B wave up is most probably the B wave of an expanded flat. The A wave ended on Jan. 26, 2018. The B wave up will end in a set of corrective subwaves, capped by an ending diagonal.

The larger degree pattern appears to be a flat (3-3-5 wave structures), which predicts a five wave dramatic drop to a new low below the A wave bottom (at about 2300). The larger pattern in ES is a record-breaking expanded flat, which will end the trend.