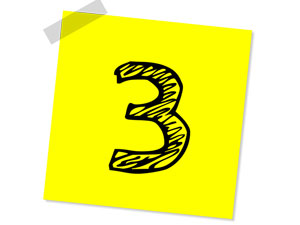 The “Nowhere to Hide” Wave

We’re still waiting to see the top of the second wave of a larger fourth wave bearish drop to the 1800 area in SPX. It also happens to be the top of the third wave, as this pattern should trace out 5 waves to the downside (the final wave may end up with a double bottom, or otherwise give the appearance overall of a corrective pattern).

The top of the third wave (a corrective B wave of an expanded flat, apparently) on the daily chart is “in.” I’m taking a leap when I say this, because technically, in EW Theory, you don’t call a trend change until the second wave is in place and you have a turn to the downside (the direction is reversed in a bullish market).

Here’s a description of the personality of a third wave (lifted with some changes from the Elliott Wave Principle.

“Third waves are wondrous to behold. They are strong and broad, and the trend at this point is unmistakable. Third ways usually generate the greatest volume and price movement and are most often the extended wave in a series (usually only one wave of wave 1, 3, or 5 extends in an impulsive 5 wave series).

The third wave of a third wave (third waves in an impulsive series contain 5 sub waves) will be the strongest trending wave in any wave sequence. These sub waves invariably produce breakouts, continuation gaps, volume expansions, exceptional breadth, and runaway price movement, creating large hourly, daily, weekly, monthly or yearly gains in the market, depending on the degree of the wave.

Virtually all stocks participate in third waves. Third waves produce the most valuable clues to the wave count as it unfolds.”

My site was down this weekend due to the hosting company’s computers doing something they shouldn’t have. And since they also outsourced their services on weekends (without telling anyone), I had to wait until this morning to get them to fix it. Sorry for the inconvenience. I’m taking steps to ensure they can’t blindside me like that again!

Coronavirus and the Markets

The stock market is a “mathematical indicator of the mood of the herd,” a favourite phrase of  mine. The thinking comes from the extensive amount of time I’ve spent studying Dr. Wheeler’s work, and the work of Bob Prechter’s Socionomics group (which is similar).

When the mood of the masses turns down, so does the market. It’s not an instantaneous turn, as you know. The wave structure tells us when positive mood is waning (waves get shorter and shorter). When the final 5th wave has fully played out to the upside and mood is at about 50/50, then it turns down—the market and the mood, that is.

We’re currently in the predicted highest degree fourth wave down, which I’m predicting will last into May of this year. Then, we’ll have a final rally to a new high to slightly above the 3400 level in ES. If you’ve been reading about the spread of the virus, you’ve likely noticed that it’s affecting some regions of the world more than others.

There’s been a recent study by a Chinese research group that strongly suggests that the Asian race is more susceptible to contracting it. The fact that race is a discriminating factor in susceptibility has been shown for several other diseases over the past hundred years.

There are other factors at play. Mood is a determinant as well as health. In major downturns, both suffer and this is why pandemics occur during depressions and recessions, which just happens to also be when the climate turns colder (through my studies which have come from the work of Wheeler, and others).

Europe has been in a downturn for some time, and is getting hit hard (particularly in Iran and Italy. However, North American has not fared that badly. Mood is demonstrably better here—stock markets are still relatively high.

We’re currently in the fourth wave downturn in the US market, which looks like it will last through May. That’s when I expect the virus to start showing signs of containment and eradication. You could also watch for a fourth and fifth wave in the number of cases, because five wave trends aren’t just in the stock market—they’re in just about any social phenomenon. You can tell when the trend is just about over by the fourth wave decline. That might be what we’re seeing in China, as they are starting to see a decline in deaths, while the virus is growing in cases elsewhere in the world.

I’m expecting the end to the current pandemic cycle around the May timeframe, which will coincide with the final fifth wave to a new all-time high. But, watch out for next year, and the decades to come.

The intermediate top is in — the higher third wave that topped just under my target of 3400. We've begun a dramatic fourth wave drop (in five impulsive waves). As of this weekend, we've completed the first wave down of that 5 wave bearish sequence, and are currently in the corrective second wave.

If you want to know the path with projected wave ends, sign up for the Chart Show on Wednesday (details at the bottom of the page).

In the Elliott Wave system, you tend to ignore the first wave in a sequence from a trading perspective, because other than attempting to count waves, you often aren't sure of the length of the wave. So, you wait for the second wave retrace to 62% of the first wave and enter there. It lowers risk, provides much more confidence in the outcome, and sets you up for the third wave, which is by far the longest wave of the five wave sequence. Bombs away!

But, in ignoring the first wave, you have to put the FOMO (fear of missing out) syndrome on hold! Most traders have an issue with that concept. However, you can lose more money attempting to trade a first wave than any of the other waves. There are too many unknowns.

The larger fourth wave retraces to the area of the previous fourth wave of one lesser degree. This is the 1800 area in SPX.

Once this five wave series has bottomed, expect central bankers to react and flood the market with more debt. That will set up the fifth and final wave up to an all time new high. It will not save the stock market; central bankers will finally fail in their attempts to create a never ending bubble. Bubbles always burst and this is the biggest financial bubble in history.

Summary: The B wave of what has the appearance of an expanded flat has topped and dropped in a first wave of a five wave sequence. I expect many major exchanges around the world to complete the same bearish pattern over the next 2-3 months, as they tumble in tandem with the US exchange.

Expect another large drop starting this week, amongst expectations it could take up to a month to completely unfold. I expect the ultimate bottom of this fourth wave to be somewhere around the area of 1800 in SPX.