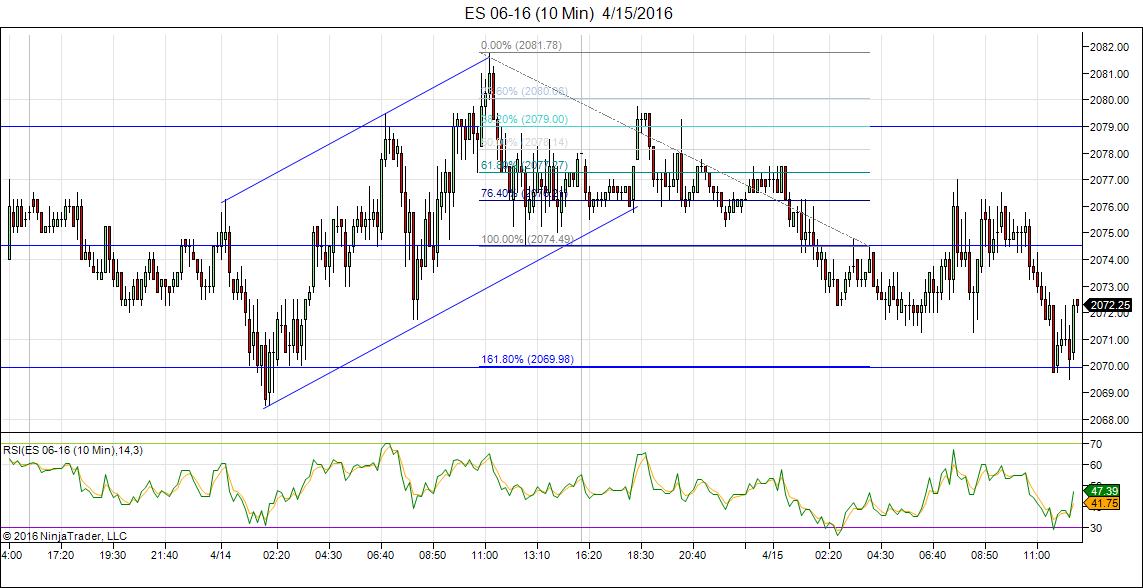 Here is an example of the ABC relationship in a fourth wave retracement. If you measure the first wave down—A wave (you can tell the first wave by the B wave that retraces it about 62%), then you can pretty much count on the fact that the C wave will move down to the 1.618 level before turning back up into the fifth wave.

This is why I check it by also measuring the larger wave to that point, because a fourth wave retraces normally 38% of the length of 1,2,3 combined, while the second wave retraces 62% of the first wave.

If the points of both measurements coincide, it confirms the likelihood of the wave turning back up at that point.