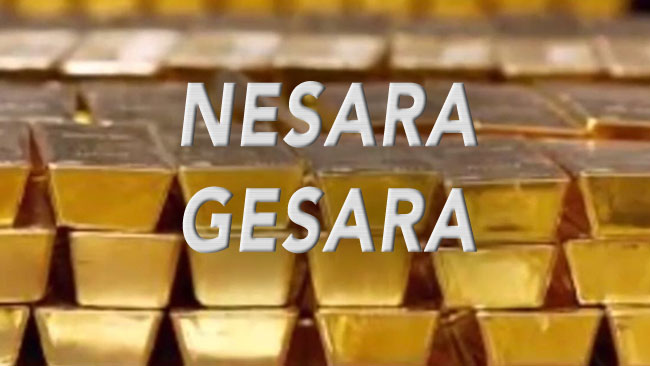 We’re in the largest revolution in the history of mankind.  A small percentage of the population of the Earth have known this was coming for a long time. However, the bulk of humanity do not read history, don’t pay any attention to it, and are therefore either oblivious to the changes around them, or in denial.

What you’re about to read here is real, much of it has already been implemented, just no revealed to the world quite yet. That time is coming very soon.

Here’s a explanation of NESARA / GESARA in great detail, the keystone, if you will of the changes coming to every country on Earth this year.

It is “The End of Poverty, The End of Debt, The Beginning of a New Golden Age!”

The announcement of GESARA will affect the entire world, amounting to a total of 206 sovereign nations.

The new financial system is part of GESARA law.

The IMF will announce the “global gold-standard monetary system” once GESARA is announced. All remaining fiat currencies will be cashed in for gold-standard currency.

Paper money will eventually be phased out and all currencies will be digital under the new financial system.

The goal is to make the transition event simple, smooth, and swift. The new financial system has been online for months and is hosted on a protected quantum server that cannot be hacked or accessed without permission.

Notably, the wealth proliferation aspect is actually very stabilizing. People who have new found wealth in extremis are far more likely to feel able to help their relatives, their close friends, their fellow citizens. They are more likely to engage in humanitarian efforts. This is wealth building.

The RV might see a shortage of qualified workers. This is wealth building. But this then leads to higher wages and salaries. That will be reflected in prices, but this is counter-balanced by a drop in taxes of, in some cases, up to 80% of the final product cost price.

Which would result in deflation. As prices drop, savings increase for the worker and their family. This builds wealth.

Energy costs too are now an important component of the cost mechanism for any product. Energy costs will also drop as a result of free-energy and new technologies.

The future will be unbelievable, complete; our lives will evolve immensely

The cabal is on the ropes and some of the new – suppressed – technologies that are being released date back 70 years or more. Suppressed technology is ‘New’ to us, but in reality, it is very ‘Old’. Some go back millions of years.

For example; the purified waters of Antarctica will be used to ‘turn the deserts green’ and ‘restore mineral life’ to all plants and living things. The future will be unbelievably complete with Cards for our own Personal Credit.

The application of ‘Replicators’ that can produce everything. And surely most importantly, ‘a new awareness’ of the ‘power of our mind’ in order to ‘display’ our needs. And soon also available ‘real health care’ to make people healthy instead of sick, to regrow limbs or organs, or to reduce our age by 30 years.

Money and banks are tools of the cabal to control us, with their debt-based economy which can never bring prosperity. – Consequently, paper money and banks will eventually disappear. Coinage will not.

The greatest short-term affect will be that the RV will create a large surge in consumers over time. Corporations that responsibly produce things that people really need will see a huge surge in business and profits for many years to come. This is wealth-producing. Because a huge aspect of GESARA is the elimination of the national debt of every nation on earth, taxes will be adjusted to be lower for citizens and corporations. Only a flat sales tax of about 15% on new items will be applied.

The pyramid structure of the global elite, including most governments, and corporations, has become dysfunctional. It created class separation and fostered the belief in dearth.

Part of spiritual evolution is born when one’s identity is no longer attached to material matters.

When there is free energy, transportation and replicators distributed to everyone, we will become equal. No one will be enslaved, people will just do what they want to do, have free time, time to reflect and be creative.

No need to hoard anything.

Advanced civilizations don’t wonder where their next meal is going to come from, how they are going to pay for their rent.