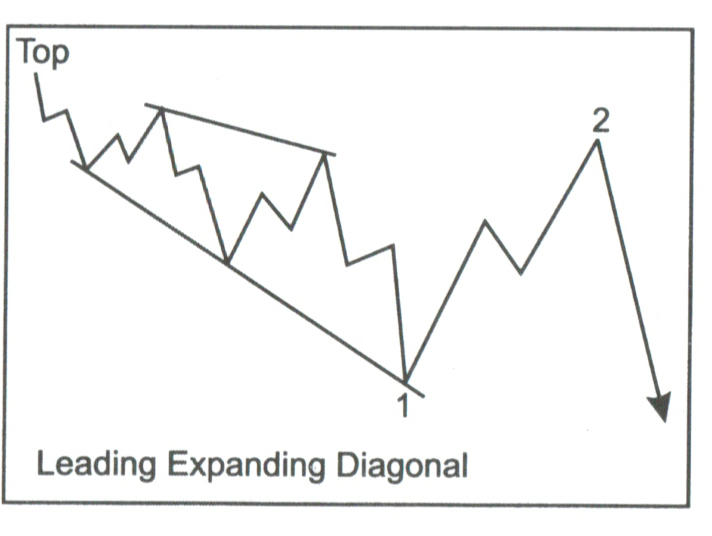 Here’s a diagram of a leading diagonal, from page 40 of The Elliott Wave Principle. This is a rather contentious pattern as it was apparently added by Bob Prechter to later editions of this book, but was never an original Elliott pattern. I’ve never actually seen one play out (they’re extremely rare, but this pattern looks “text book.”).

As Frost and Prechter write in their book, “These patterns were not originally discovered by R.N. Elliott but have appeared enough times and over a long enough period that the authors are convinced of their validity.” 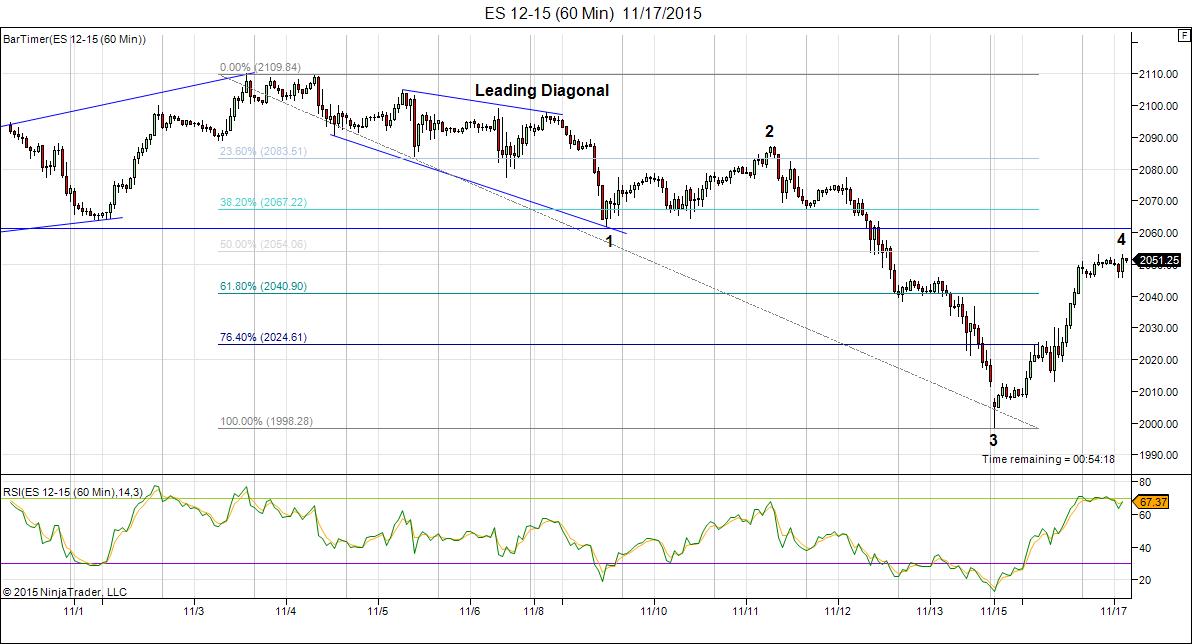 I’ve included a chart of the ES (SPX futures) as at the end of the day, November 16, 2015. You can see how this pattern still conforms to the leading diagonal textbook pattern. The leading diagonal ends the first wave and then results in a second wave (obviously not as robust as the diagram) and then down into a motive third wave.

This diagram shows the 4th wave in place with a fifth wave down on deck, which would finish off the larger first wave.