A major cycle is the 172 year cycle that I’ve written about many times before. Dr. Raymond Wheeler identified the 170 year cycle in his work and in a simplified cycle clock, The Drought Clock. Stephen Puetz mathematically adjusted the cycle to 172 years in his ground-breaking book, The Unified Cycle Theory. While this cycle peak marks an economic high and subsequent crash, it’s also parallels the Uranus-Neptune conjunction of 171.4 years. The turns are supported by events throughout history within mathematical probabilities that make their reality indisputable. 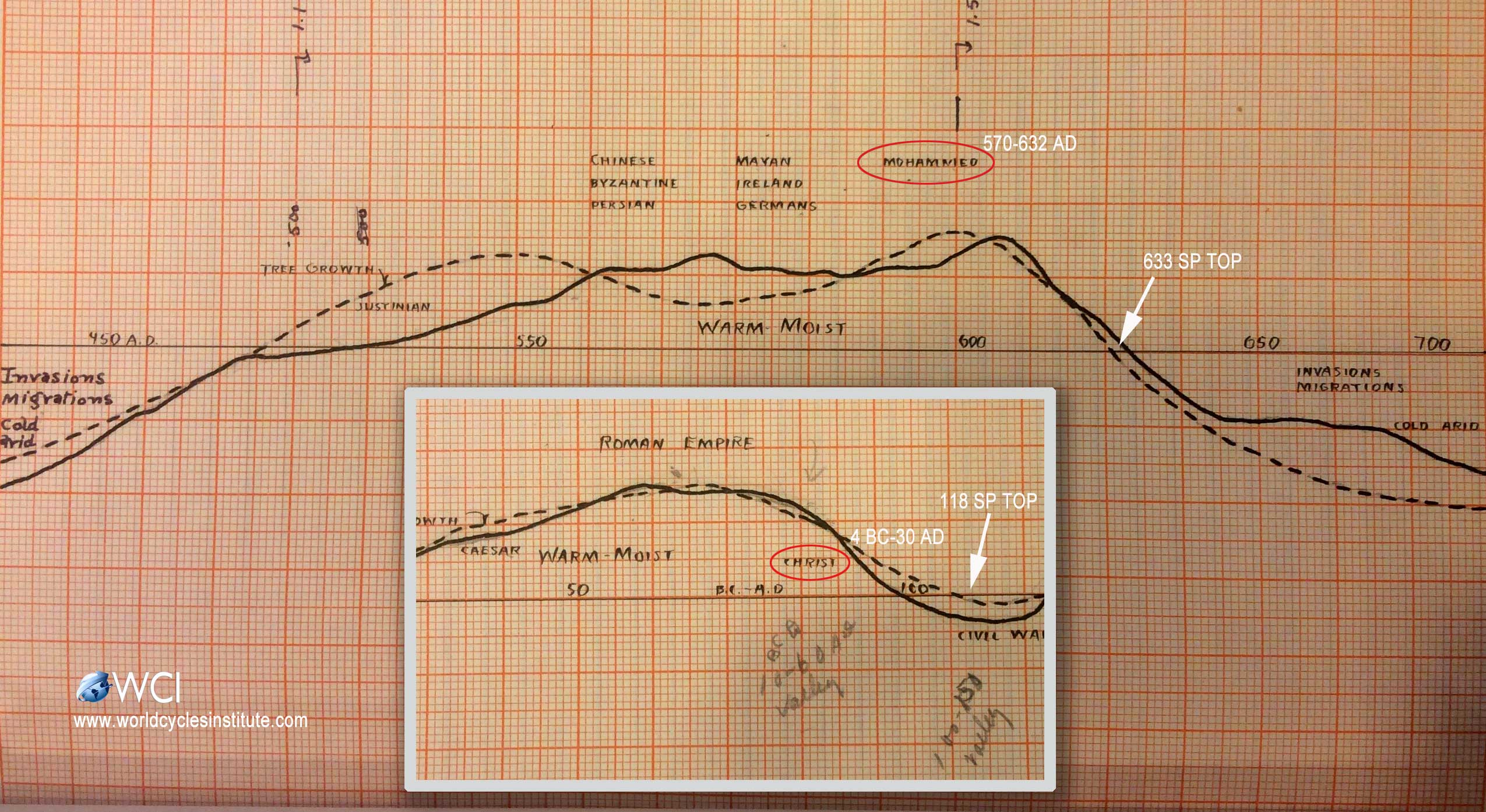 Muhammed and the Peak of the First Byzantium Empire

There isn’t all that much new in the markets. I’ve been predicting the continuation of the fourth wave of the ending diagonal for several weeks now. I’m still looking for a new low. 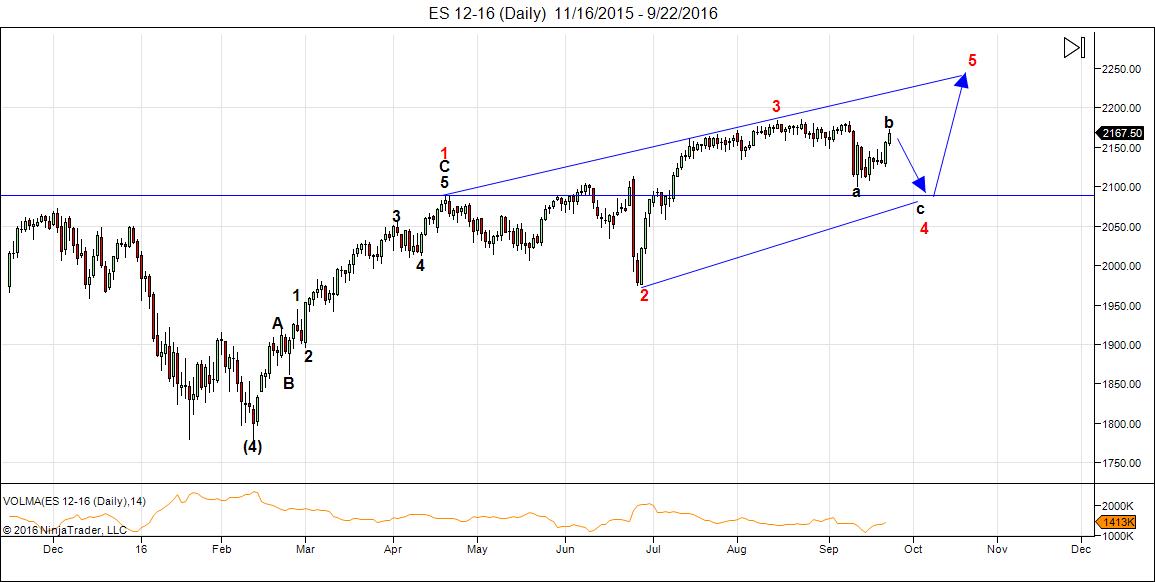 I expect a gradual drop to below the 2100 area before a turn up in the final wave of the pattern. Watch for a double top, though, before that happens.

Wave (red) 2 of the ending diagonal was a long time finding a bottom and the (red) 4th wave needs to create some timing symmetry with the second wave, so the extended time involved in reaching its target is to be expected.