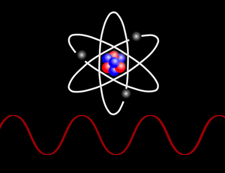 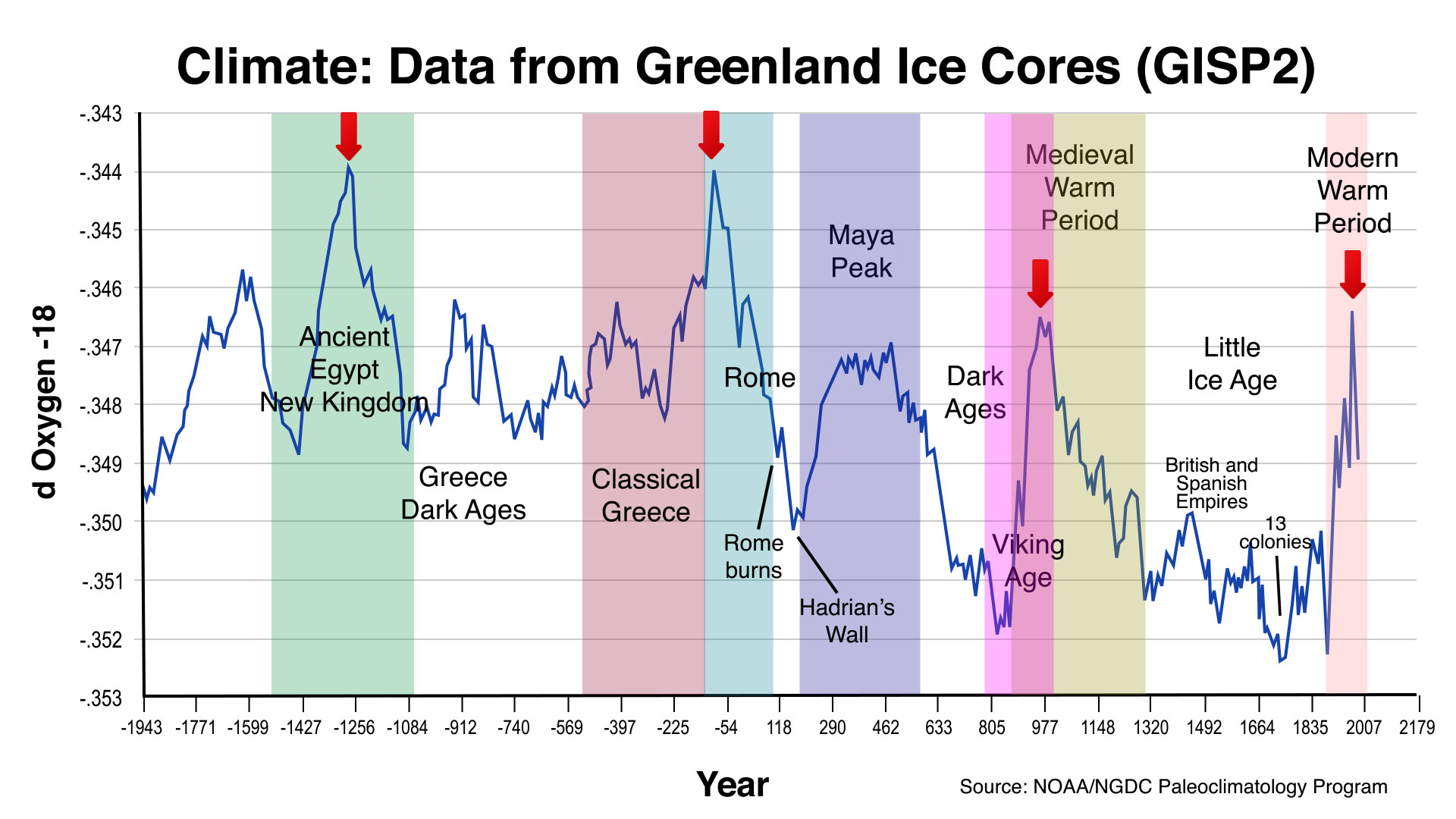 The correlation of warm and wet climate with the rise of major civilizations is striking. When the climate turns warm and wet for long periods, the world’s greatest empires have emerged – Egypt, Greece, Rome, the Mayans, the Vikings, and so on. 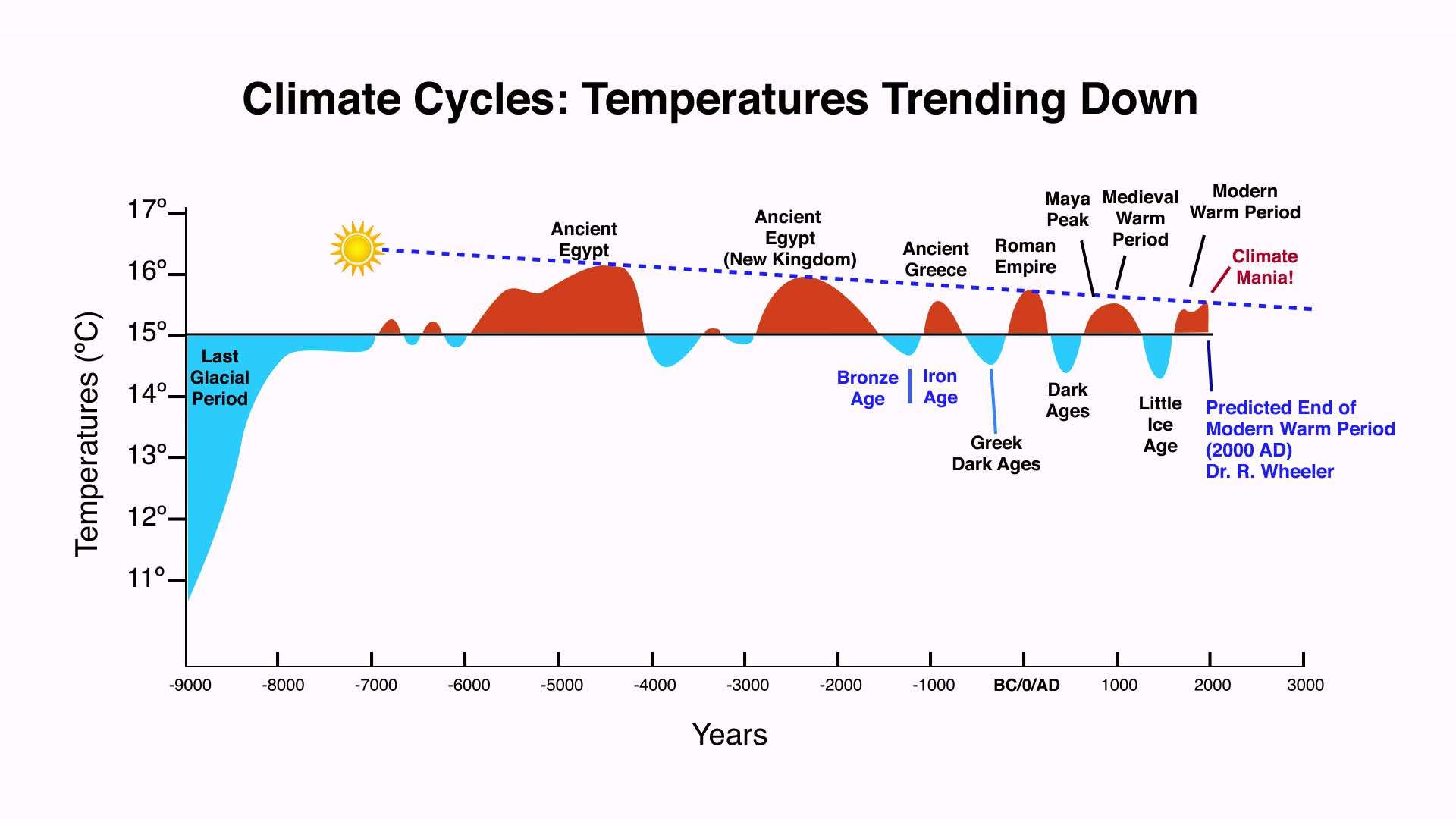 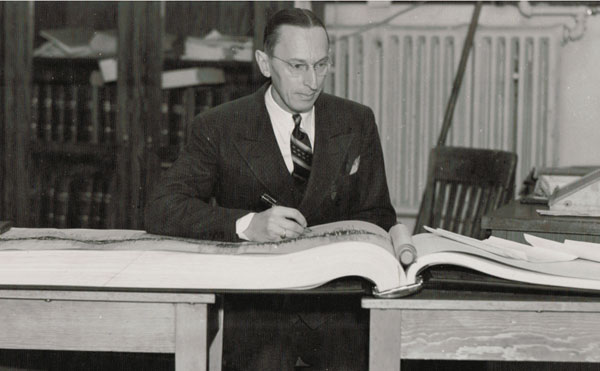 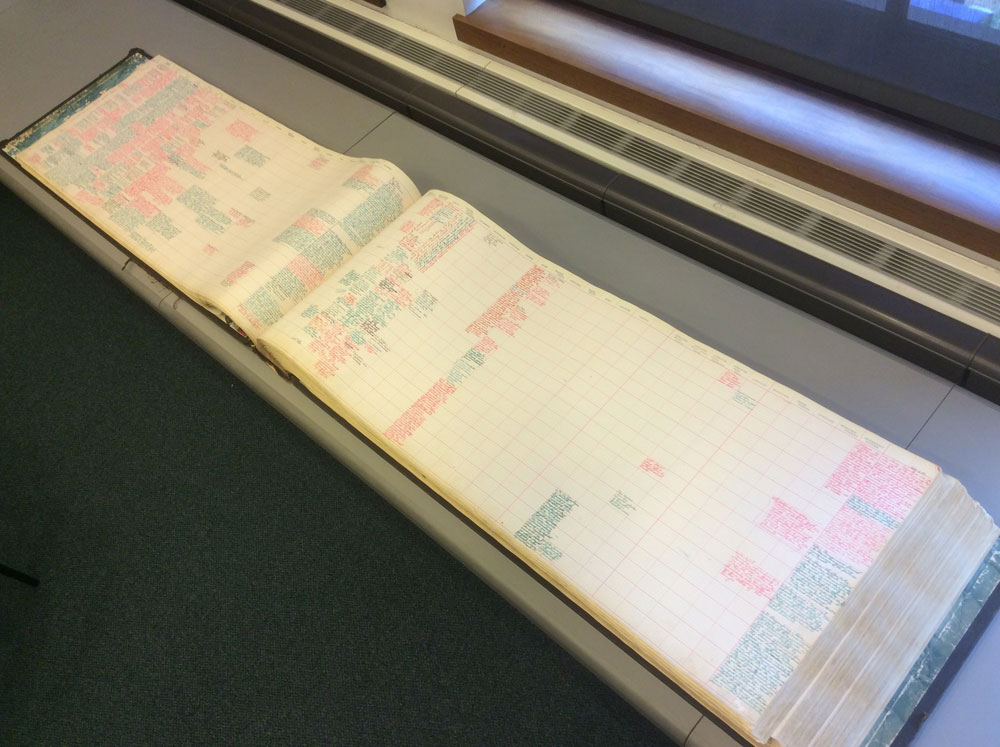 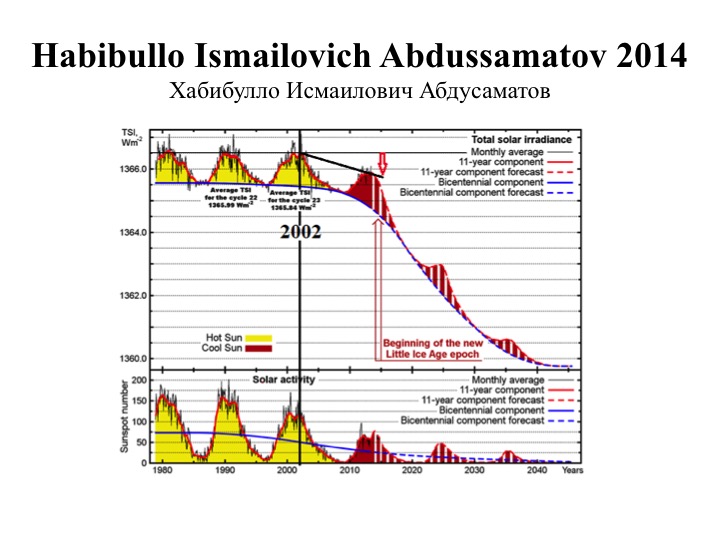