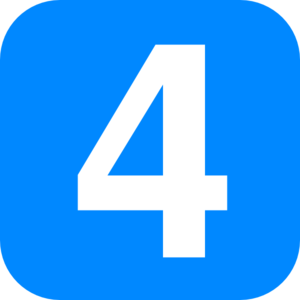 I’ve been quite vocal in the Trader’s Gold subscription service about my disdain for fourth waves. Of all the wave patterns (corrective and otherwise), fourth waves are the least predictable.

That’s because fourth wave patterns of this size are typically made up of combination sub-patterns (zigzags, flats, and triangles). You need to be able to decipher the pattern early enough to take advantage of it.

Our current position at the top of a 500 year bull market adds to the complexity of determining the sub-patterns and the structure of their waves, because it’s a fight between the bulls and bears and the volatility tends to be very high.

The most probable pattern for the SP500 and ES seemed to have been a flat (which I highlighted here last weekend), although with flats, the B wave needs to retrace 90% of the A wave. We didn’t quite get there. We turned early and in an area that was not a fibonacci ratio level, which is highly unusual.

The C wave of a flat comes down in 5 waves. I knew that the next most probable pattern to the downside was a zigzag of some sort and could likely lead to a combination (zigzag, flat, or triangle) but the highest probability was a drop in a manner similar to the C wave of a flat (zigzags are the most common corrective pattern).

Well, it did, but we dropped in a rare triple zigzag combination (REALLY rare!) Double zigzags aren’t that common, but triples are one of the rarest of combinations. On top of that, they’re notoriously difficult to predict when you’re in them. The waves appear relatively flat, which makes identifying the subwaves a real challenge.

My experience with them (which is somewhat limited because, well, they don’t show up often) is that you don’t really know until you’re in a “triple” until you’re in the final zigzag. That’s partly because flats, single zigzags, and triangles are so much more common.

Well, here we are near the bottom of a triple zigzag. We have further to go to the downside this week as we finish up this extraordinary, hard-to-trade fourth wave. The opportunity for a short is there for those so inclined; we need to reach a new fourth wave low.

Zigzags are corrective, so the prognosis, as I’ve been saying all along is reinforced by the fact that: We have a final 5th wave to go up to a new high. It looks like we might get the turn this week.

On the Nasdaq side, the jury’s out. We may have an expanded flat. The other option is an ending diagonal, but it’s very early to consider that option, and it looks like the C wave down will drop far enough to negate the potential of the ending diagonal pattern playing out. For the Nasdaq related indices, we’ll need to wait for the market to tell us where it’s ultimately going.

Down They Come (as predicted) 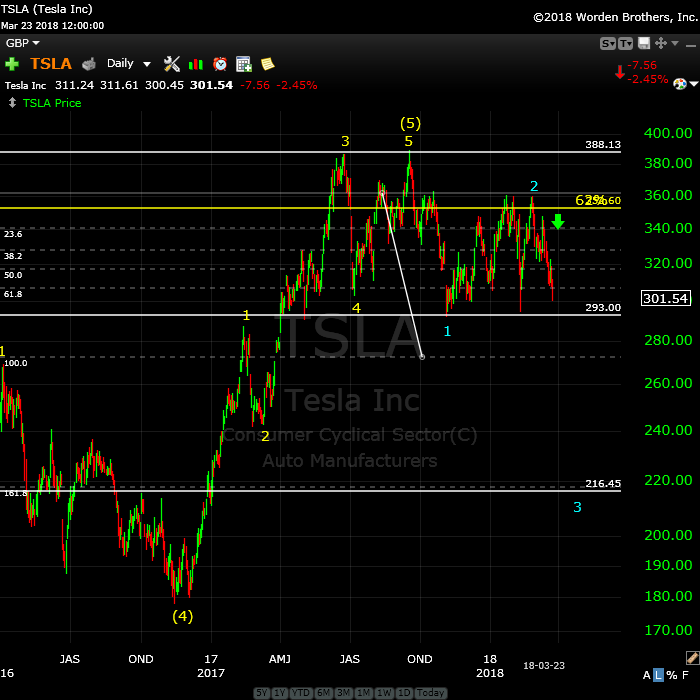 Above is the daily chart of Tesla (TSLA). I’ve shown this chart before and there’s little change, other than the fact that it continues to move lower. This puts Tesla in the third wave to the downside which will drop to at least 216.45. There will be much more downside to follow. 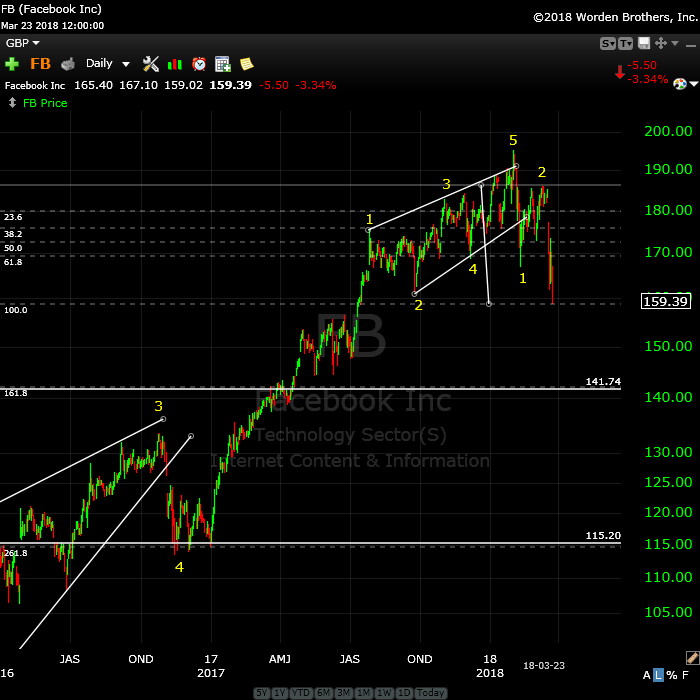 Last weekend, we were looking for the top of the B wave of the fourth wave. We found it, but it didn't turn at a measured objective. It also didn't make the 90% plus level, so technically, it was not a flat, but it came down like a flat and still has more to go.

It will reach a new fourth wave low before turning up in the fifth and final wave to a new all time high. That will be the final top of the market.