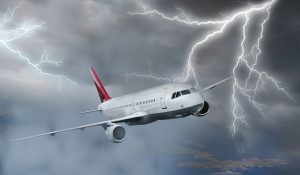 The “unexpected turbulence” I’m referring to in the title is only unexpected to the trading herd and the bulls.

Anyone reading my blog posts lately knows I’m expected a rather turbulent end to this large B wave to the upside.

It’s seemingly never-ending but I think that’s just to add to the overall market complacency. Expect a turn down mid week.

We have the spring equinox on Tuesday and the latest Federal Reserve announcement on Wednesday at 2PM EST. It’ll be interesting to see if they raise rates. It doesn’t matter to the market, because it’s already determined what it’s going to do.

So, I’m still looking for a regular flat top in ES/SP500 and an expanded flat top in NQ/NDX.

The Big Guys are Losing Steam 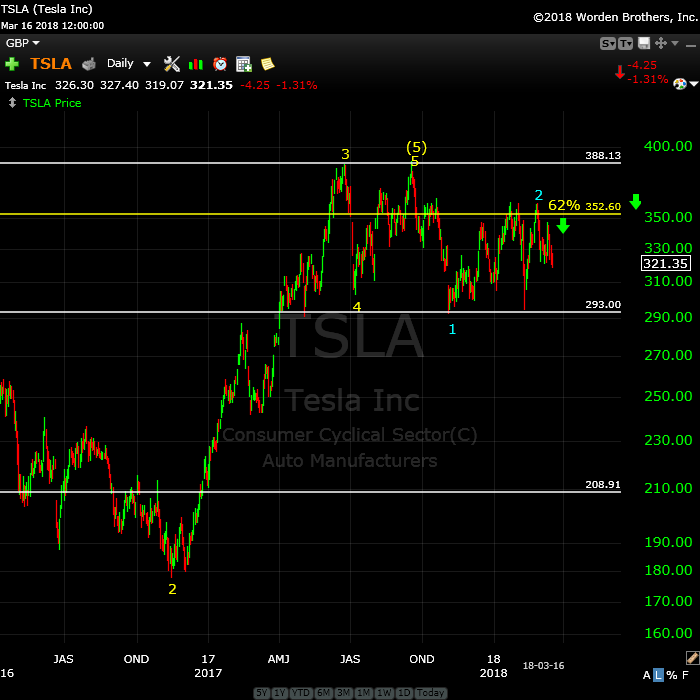 Above is the daily chart of Tesla (TSLA). I’ve shown this chart before and there’s little change, other than the fact that’s it starting to move lower. This puts Tesla in the third wave to the downside which should bottom below 208.91. 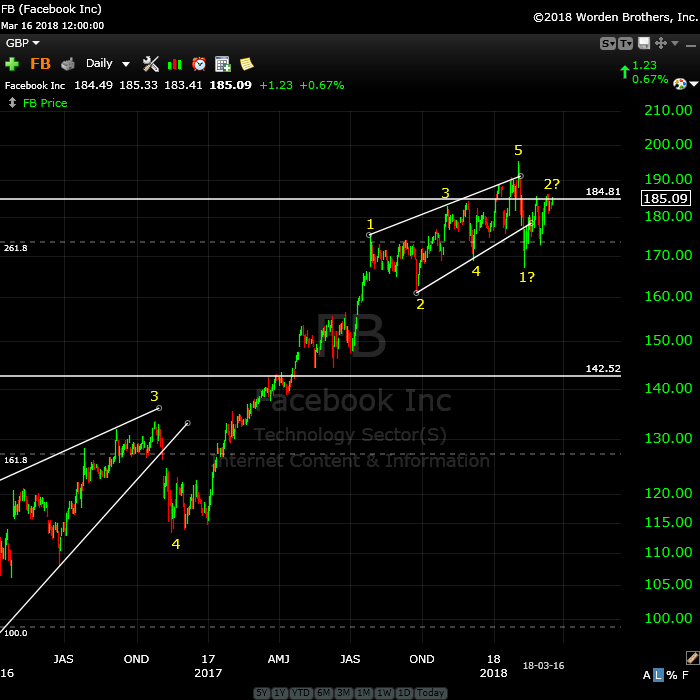 Above is the daily chart of Facebook (FB). After completing an ending diagonal and an apparent first wave down, we’ve been stalled out at the top of the second wave (at the 62% retrace level. If we’ve indeed topped, we should see a third wave down with the drop C wave drop we’re expecting in the US indices.

Summary: We seem to have a regular flat in progress in ES and an expanded flat setting up in NQ. Look for a final rally into perhaps midweek and then a sudden turn down into the C wave. The C wave in both flat patterns will drop to a new fourth wave low.

We're looking for a top in the B wave of a regular flat this week (after one final leg up to a new B wave high and above the 90% retrace level — measured from the all time high). That 90% level is 2850 in ES.

The flat is still the best option for both ES (regular flat) and NQ (expanded flat).

Expect a turn up either this weekend or Monday. Then expect a top perhaps in conjunction with the Federal Reserve announcement on Wednesday.  The medium term projection is for a new fourth wave low in a C wave down.