Solar Cycles: How the Markets Turn 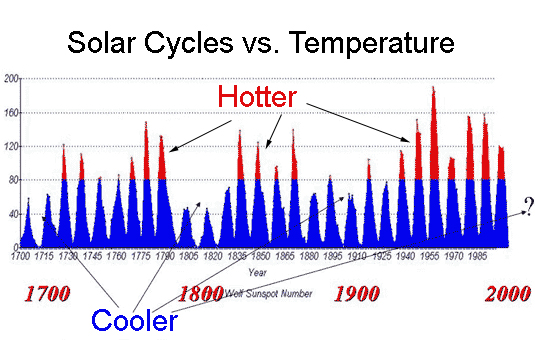 Sunspots (solar flares) are responsible for the overall temperature here on Earth. When the Sun is really active, it gets hotter. When less active, it gets cooler. It’s that simple.

In fact, you can see by the follow two charts of weather patterns that it was cold at the end of the 18th century and quite cold at the beginning of the 20th century (from Harris-Mann Climatology).

Here’s a link to “The Next Grand Minimum” site with a more in-depth explanation of how sunspots have affected the weather over the last 400 years or so.

Here’s an expanded list of events that took place at the tops of the past two solar cycles. The numbers in brackets are the numbers of people killed in each of the plane crashes. (click the image to enlarge to full size.) 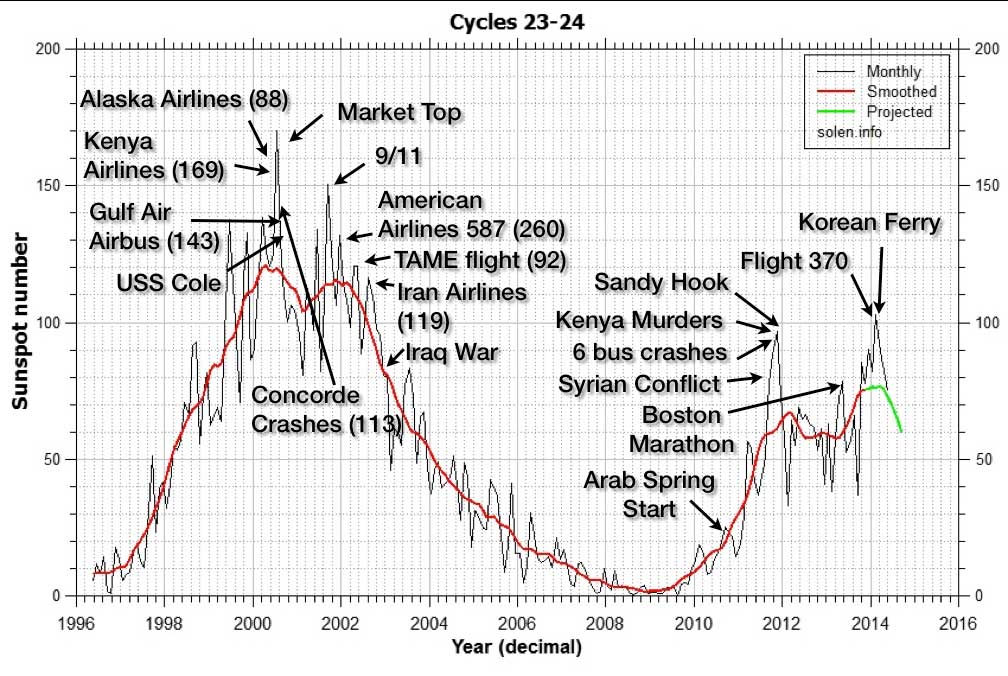 If you look back through history, you’ll also find a long list of events that changed history. 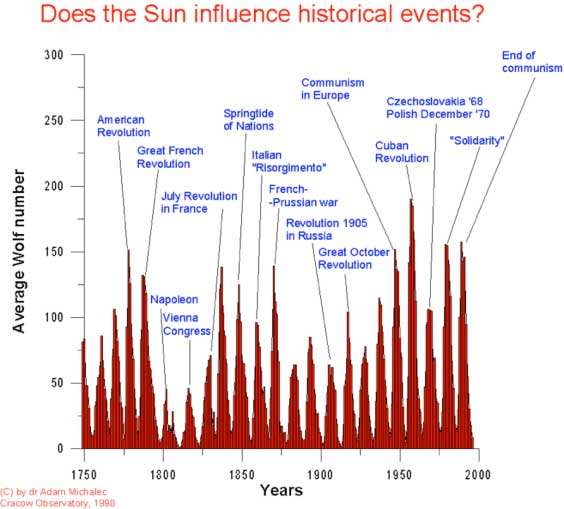 For the past several decades, sunspot maximums have been followed by either a depression or a recession. 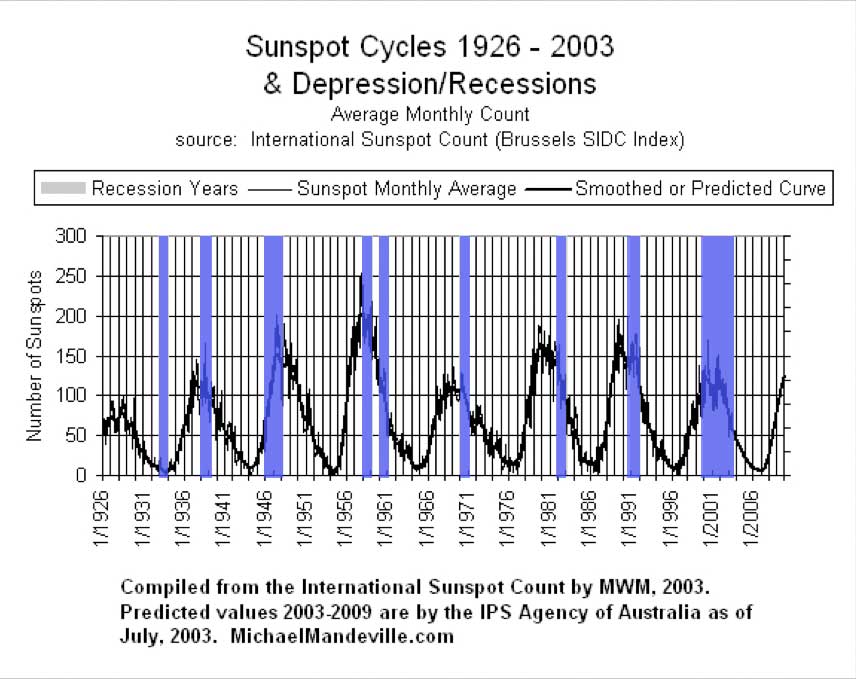 This was first posted in 2014. If you go to world debt clock, you can see how extraordinarily scary the debt levels have become in 6 short years.

Here are some numbers (as June 2014) to keep in mind that will help position the gravity of the international debt problem (Care of the Economic Collapse Blog).

Most people tend to assume that the “authorities” have fixed whatever caused the financial world to almost end back in 2008, but that is not the case at all.

In fact, the total amount of government debt around the globe has grown by about 40 percent since then, and the “too big to fail banks” have collectively gotten 37 percent larger since then.

--$236,637,271,000,000  – According to the U.S. government, this is the total exposure that the top 25 banks in the United States have to derivatives contracts.  But those banks only have total assets of about 9.4 trillion dollars combined.  In other words, the exposure of our largest banks to derivatives outweighs their total assets by a ratio of about 25 to 1.