Predictions for the Coming Business Cycle 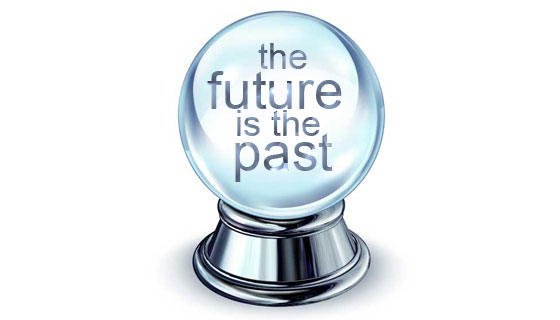 On January 2, of 2017, I posted a list of predictions for the years ahead. It seems like a good time (as the US market is getting close to a final top) to see how we’re doing. I’ve added updates in italics.

Stock prices will drop more than 30 percent in 2017. There will be much more to come in 2018, or course. I’m expecting the bottom in 2021/2. We should eventually drop 90%. Update: I was wrong on the year; however, the wave structure of the market strongly that we’ll see the top very soon, certainly in 2018.

NOTE: The Elliott Wave Principle, which is the tool I use for predicting the market, is a highly accurate price predictor, but has a poor timing component. Markets top when the the trend exhausts (when the final fifth wave has traced out) — when the social mood becomes more negative than positive.

Real estate values will drop at least 25 percent in 2017. We should see the top of the latest bubble early in the first quarter of the year. I expect real estate to drop to about 20% of the value it reaches at its height. Update: This has already happened in some major markets, like New York, and in Australia and the UK, although not to the extent I expected. Watch them all start to fall internationally before the end of 2018 (the top of the 18.5 real estate cycle — the bottom was in the year 2000).

States, provinces, cities, and countries will default on bonds. We’ve already seen the start. There’s much more to come this year. Update: Puerto Rico has already defaulted. Venezuela is close. Who’s next? In the US, we’re seeing states (Illinois, Connecticut, New Jersey) and many cities on the verge of bond defaults (and pension fund defaults).

International bank runs will begin. Italy is on the verge of one, with Monte Paschi in dire straits. France may very well run into a financial road block before the year is out. Update: The Big Six Canadian banks have been downgraded by Moody’s. I’m still waiting for the first shoe to drop in Europe. Deutsche Bank (Germany) is on the verge of default as I write this. Italy may be the first country to leave the European Union, which will trigger and domino effect in terms of financial collapses. We’re getting close …

At least one major European country will default. Who’s first-Italy? It’s a bit of a horse race. The euro will also come to an end in the next couple of years, with additional European countries reverting back to their own currencies. Update: Spain, Italy, France, Portugal, and Greece are the obvious contenders.

The Federal Reserve will be abolished or nationalized. This projection may not come to fruitionÂ this year, but the process will beginÂ and eventually it will be dissolved one way or another. In Canada, we have an active law suit one step away from the Supreme Court, that if successful, will force the national government to return to using our own public central bank (The Bank of Canada) to create our money, as we did before 1974. Update: The calls for an audit of the Fed are growing louder. There’s a bill set to go before Congress. In Canada this month, a previous Minister of Defence has written an open letter to the current Minister of Finance confronting him with the issue.

Deflation will start its spiral. Where I live, in Calgary, Alberta, where we’ve been hit so hard by the drop in oil, we’re already seeing signs of deflation. You don’t have to be very sensitive to this phenomenon to notice the extraordinary mark-downs in products and services in countries all over the world. Update: There have been stories about the price of food getting much less expensive. Commodities continue to crash. Automobiles have had the largest incentives ever for the longest time ever. However, consumers have not yet put the dots together. As I write this, the US dollar is close to turning down for the final time. When it turns back up (this fall?) it will mark the beginning of a longer-term deflationary economy.

Governments will restrict trade. We’re starting to see free trade agreements falter. There will be no new ones signed and, in fact, we’re likely to see the end of NAFTA. Also look for tariffs to be put in place by the Trump administration, the start of an all-out trade war. Update: This is in the implementation stage.

Numerous new buildings will remain unfinished in the midst of construction. These cycles tops always see a plethora of buildings being erected. In fact, you can predict a top when you see buildings reach new heights, as we’ve see in places like Dubai. Commercial real estate is going to be hit particularly hard this year (look out Trump International!). Update: There are stories coming out about plans for the tallest building in the world in New York—a sure sign of a market top. Office buildings are going up all over the place and the finished ones I see are, for the most part, empty.

More populist leaders will come into power. European countries will continue the trend. I expect to see Angel Merkel say good-by to public life this year. Update: France has Macron, the U.S. boasts Trump, of course, Canada has Trudeau and more populist leaders are gradually getting elected as time marches on. Spain and Italy have changed leaders recently and Germany looks ready to turn populist.

The President’s and Prime Minister’s (Canada) popularity will drop substantially. Both will be heavily side-lined by the devastating drop in the stock markets of both countries. Update: We’re seeing this happen gradually in Canada. Trump’s popularity is arguably at a peak. Just wait until the stock market tops … in the next few months.

US will devolve into a civil war (likely not ’til late 2019 or 2020). The Soros camp is hard at work in the aftermath of the election stirring up trouble. Hillary Clinton’s astrological chart shows an inclination for revenge, which won’t be much of a surprise for most of us. Update: I originally thought we’d see the top of the US market before now, but it increasingly looks like it will happen in the fall of 2018. With the corruption and intrigue clearly visible in the US government, the signs are flashing a bright red.

Some US states will develop legislation to secede. Some states will likely divide into smaller states over the coming few years. Update: Campaigns and legislation are cropping up in California, Texas, North Carolina, and Oklahoma (and I’m sure there are more out there that I don’t know about).

The United Nations will start to become defunded (eventually will cease to exist). President-elect Donald Trump is none too happy with the performance of the UN. Neither is Rodrigo Duterte of the Philippines. And then there’s Bibi Netanyahu … Look for more leaders to start to question its existence this year. Update: The United Nations were the instigators of the Climate Change scam, which should come into question as we turn colder. During the past two weeks (July 2018) the U.N. has warned of running out of operating funds.

Some international travel will be restricted. I expect to see a lot more danger areas spring up around the world. This turn down of this major cycle puts an end to international wars, but internal civil wars will continue to crop up, making travel much more difficult. Airlines will also start to default this year and prices for air travel will begin to rise. Update: Travel warnings are in place for Mexico. The world is becoming a much more dangerous place, as societies start to break down and violence escalates. I would expect problems in many other countries as the market heads down.

More and more corruption will be uncovered. I know that’s difficult to imagine; however, this cycle is more about the uncovering and prosecuting of corruption rather than the instigating of it. We’re going to see some wall-streeters heading for a fight with the government finally. Update: I don’t think I even need to comment on this one …

Homelessness will increase. That goes without saying, but it will become an overwhelming problem over the next couple of years. Update: San Francisco streets have become the poo and syringe capital of the world. Tent cities are visible in warmer climates all over the world.

The shift to alternative news sources will pick up steam (more newspaper bankruptcies). Fake news is the latest salvo in that regard. Now we have Donald Trump completely side-stepping mainstream media with his tweets. The major news networks in the US now have more minutes of advertising in their half hour nightly new programs than they have news time. Television news has become info-tainment and there is very little, if any, investigative reporting any more. We’ll start to see viewers turn away from these sources and get more of their news from alternative sources online. Look for at least one major news outlet to go bankrupt. Update: CNN has been cited as the major contributor to a potential civil war in the US. There’s very little news outside governmennt propaganda in the US. Most news networks now are severely under-funded and so just read what they’re provided by central news sources or the government.

Marijuana will continue to be legalized. Canada should see legalization in 2017. More states in the US will go legal. We’ve known this for years. Governments need the money. Update: In Canada, the legislation will be national, but they’ve moved the start date for full legalization back to October, 2018. The US adds more states as time marches on (governments need the money too much not to make it legal and tax it).

Major violence will increase in the US (and elsewhere) and murders will rise. Unfortunately, 2016 was the tip of the iceberg. Update: We’ve seen the numbers in Chicago. My feeling is that the numbers will continue to spiral up nationally in the US. In Mexico, murders are breaking all-time records.This is a worldwide phenomenon, with riots being reported anew every month in countries around the world. Financial inequality will eventually lead populations to overthrow their governments.

Major sports teams will fold. The incongruity is that major sports facilities continue to be built. We’ll see some of the newer ones remain empty. Update: We haven’t seen any major sports franchises go bankrupt yet, but they’re all certainly hurting financially. I have no doubt we’ll lose a few in 2019.

The suicide rate will increase. We’ve seen our suicide rate in Calgary increase by 30% over the past year. Twenty percent of the office space in our downtown core is now empty, more layoffs are being announced monthly. Most of the affected are younger people who have never learned to fail. This, to me, is perhaps the most difficult aspect of the coming downturn. Update: We’ve seen just the tip of the iceberg in retail failures. Many of the younger generation are losing hope for a brighter future.

2019 is going to be quite a year. You think it’s bad now … just wait … I’m now expecting a market top in the fall of 2018, with the crash about a month or so later … probably before year end.