Banks: The Devil You Don’t Know 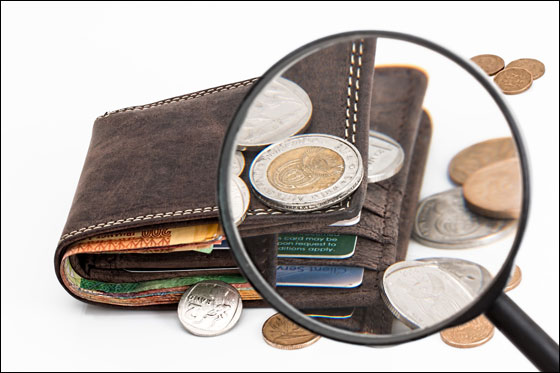 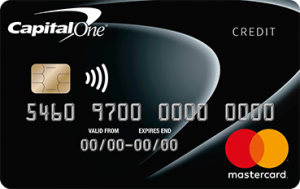 “What’s in your wallet?”

I laugh every time I see this commercial, hear, or read this line. With most people, the answer would be “debt!”

Capital One has been very successful in changing minds regarding their product. This from a company that in 2012 set aside $150 million for refunds to customers and paid another $50 million in fines as a result of deceptive marketing and misleading customers. In general, the banking and credit industry attempt to be as opaque as possible.

“Whoever controls the volume of money in our country is absolute master of all industry and commerce, and when you realize that the entire system is very easily controlled, one way or another, by a few powerful men at the top, you will not have to be told how periods of inflation and depression originate.”—James A. Garfield, Past President of the US.

The most powerful product that banks sell these days is convenience, and most people fall for it. In Canada, we have convenience stores dotting our countryside. Seven Eleven and Mac’s would be a couple of the largest. But we all know that with that convenience comes higher prices. It’s very seldom this is not the case in any industry. Yet, we rally around digital money, and the ability to go into debt at very high interest charges on the swipe of a card.

The crazy banking system we have worldwide is the culprit. The rules are weighted strongly in favor of the banks, and they do their darnedest to make sure the real story of what’s going on is kept as quiet as possible.

“The study of money, above all other fields in economics, is one in which complexity is used to disguise truth or to evade truth, not to reveal it.”—John Kenneth Galbraith

When you deposit money in the bank, in a savings or checking account, that money ceases to belong to you; it now belongs to the bank. That’s the law virtually worldwide. You are actually investing in the bank. They have an obligation and promise to pay back that money on demand if they have it.

They certainly don’t keep is locked away for you in a nice, safe place; they’re too busy placing bets in the mortgage casino. That’s right, banks are really just home and business mortgage holders. They take your money and other money they create out of thin air and loan it out to anyone they think will be able to pay it back.

The problem is that in good times, the risk of mortgage defaults is low. However, in an tentative economy, the risk multiplies. To really understand how this works, read How Banks Make Money Out of Nothing elsewhere on my site.

So, you’re put all your money in a bank investment, letting the bank use it to make themselves money (in the stock market, in mortgages, etc.) and they pay you about one percent a year for that privilege. On $1,000 of what was your money originally, they’ll pay you a use fee of $10.00 a year.

I’ll bet you pay many times more than that amount just to get at what once was your money, through bank transaction fees, charges for cheques, and anything else the bank can dream up to make money from your money).

Now, think for a minute about what kind of sense that makes.

Would you buy a stock in the stock market with the expectation of making back one percent ($10 for every $1K you invest)? Not likely.

But, why do you need money in the bank, anyway? Probably for transactions (to pay bills, send money to others, write cheques, or use your debit card for product purchases). But, for most people, that amounts to a small fraction of their entire bank deposit.

If you paid for most purchases in cash, you would save all those transaction fees, and you’d have a lot less risk involved in your purchases.

Banks these days are promoting digital money. That’s convenience talking again. They have apps now to let you secure a loan or mortgage over the internet. Amazing!

You can now tap a card on an electronic gizmo to get a coffee, buy a pair of jeans, or just about anything else you can think of. For that convenience you’re likely paying at least an 18% interest fee. At 18% interest, your debt doubles in only four years.

Plus, there are scammers at every turn, trying to steal access to your account, or worse yet, steal your identity, and that can take you literally years to get back. And then there are the internet data hacks that seem to make the news every month.

With digital money, of course, the banks can shut down access any time they like. If you’ve been paying attention to the disasters in Puerto Rico, you know that banks simply didn’t function after the hurricane hit and people had no money. Horror stories about access to money being cut off are starting to hit the news on a more regular basis these days.

There’s going to be a shift back to solid currency. As the housing market starts to implode (it’s already beginning … the 18.5 year real estate top is now in), you’ll start to see mortgage defaults. That will be the first sign that banks are in trouble.

It’s the same in countries around the world; yours is no different. “Banksters,” as we like to call them rule the world. It’s best not to get to close to them, because at the first sign of trouble, they tend to run (and they have what once was your money).

“Our national circulating medium is now at the mercy of loan transactions of banks, which lend, not money, but promises to supply money they do not possess.”—Irving Fisher

A good solid safe is inexpensive (you can get them for a few hundred dollars). Cold hard cash is much more secure, costs you nothing to use, and having a safe in your house full of cash is about as convenient as it gets.

What’s in your wallet?