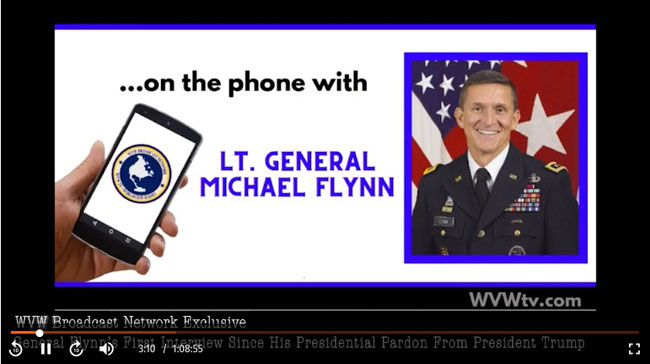 This past weekend, I provided links to a few alternate sites in my weekly blog post on the market. That link was to naturalnews.com, because I had thought that, if you’re interested, it provides some of the latest and real news regarding what’s going on with the cyberwarfare in the United States, and the election fraud that’s part of it. I got absolutely slammed in a personal email, essentially accusing me of being political and that this person had been laughing themselves silly over the information on that site.

Now, keep in mind that Monday, November 30 is a full moon and lunar eclipse, so we do have to expect some fireworks, both in how people react to news and also what happens in the market. Full moons always affect some people — they can become overly excited and more vocal than at other times during the month.

This interview out tonight with General Michael Flynn and Lt. General McInerney exposes much of the same information on the naturalnews site. I don’t find it all that funny (others apparently do). You can click the link at the beginning of this paragraph, or click on the image of General Flynn to go to the interview page.

The truth is that this is far more than politics; it’s treason. I’m for the most part apolitical and I don’t live in the United States. This is about socialism, tyranny, communism, and totalitarianism — traits that rear their ugly heads at this these cycle tops. They always have, throughout history.

On another note, my work analyzing the stock market requires that I be as objective as I possibly can be. Any bias I have when doing my analysis will show up in my work and cause me to be wrong. I work very hard to stay neutral and deal with the facts as they come to light.

You don’t have to believe it, but everything I know about this particular cycle top that we’re at tells me to expect exactly this type of palace intrigue, corruption, and moreover, a series of “falling-nation” wars. After all, that’s what this site, and more particularly, my site at thetruthsage.com is all about — explaining the cycles and predicting what you should expect, based upon repeating history.

You don’t need to email me personally and tell me I’m a fool; as I’ve said many times, I get enough of that. People somehow feel compelled to attack me for passing along information that I’ve thoroughly researched and that has multiple corroborating sources.

The period we’re going through right now is a fight for our freedom all around the world. That same fight happens at similar 500 year, 172 year, and this 1000 year cycle top, to varying degrees. It’s history repeating.

Other than that, I’ll get the interview speak for itself.

For over 50 years now as a writer/producer/director for television, I’ve had to do what’s akin to investigative reporting — digging for the truth, attempting to find information from multiple sources that supports the core argument of the video. I’m always very careful and particular about the information I put out on this site. It often takes hours of pain-staking work, as the truth is being kept from us, as much as possible.

I’ll continue to dig and explain the intricacies of what’s going on in this world for those who want to prepare ahead of time for what’s coming. Many would rather stick their heads in the ground and hope it all goes away.

As an Aquarian, unfortunately, digging for the truth is in my blood.

“At the extremes, the herd is always wrong. One should not under estimate its capacity for stupidity.” — The Secret Life of Real Estate, Phil Anderson,