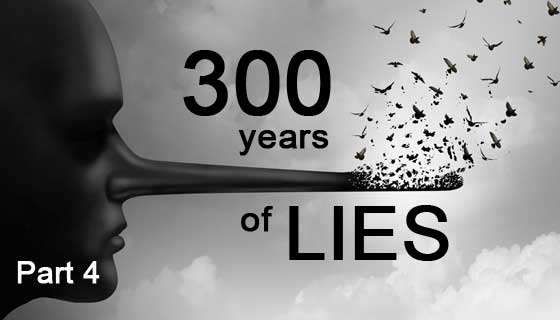 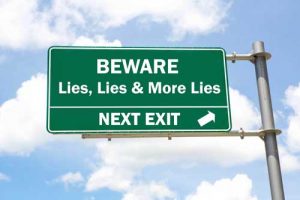 Lie: Governments act only in our best interests.

The Report from Iron Mountain (a book published in 1967) includes the claim it was authored by a Special Study Group of fifteen men whose identities were to remain secret and that it was not intended to be made public. It details the analyses of a government panel which concludes that war, or a credible substitute for war, is necessary if governments are to maintain control. In other words, peace is not an option.

There is a tremendous amount of controversy as to whether this report is a “real” government document, or a satire. My purpose for citing it here is that, in either case, its recommendations seems to have become somewhat of a blueprint for the programs we’ve seen established in the United States and elsewhere. Is this by design, or sheer coincidence?

The report came to the conclusion that peace was not in the interest of a stable society, that government would not exist without war, and nation states existed in order to wage war.

In the absence of war, it recommended “credible substitutes” and paying a “blood price” to emulate the economic functions of war. Prospective government-devised alternatives to war included reports of alien life-forms, the reintroduction of a “euphemized form” of slavery “consistent with modern technology and political processes,” and (one deemed particularly promising in gaining the attention of the malleable masses) the threat of “gross pollution of the environment.”

The Report’s recommendations were:

The book was a New York Times bestseller and has been translated into fifteen languages. Controversy still swirls over whether the book was a satiric hoax about think-tank logic and writing style or the product of a secret government panel. However, John Kenneth Galbraith apparently admitted to being part of the conspiracy on two different occasions.

What’s interesting is that this book advocates for war in a peaceful society and suggested the creation of a threat of “gross pollution of the environment,” which could have been a foreshadowing of the current Global Warming movement, which has sprung from bunk science, having sprung from a committee within the United Nations.

Lie: That Sirhan Sirhan killed Robert Kennedy, another lone gunman with no outside ties.

Here’s yet another assassination of a Kennedy that’s steeped in mystery, with later analysis pointing to multiple gunshots and multiple guns. A video of a more recent analysis is below.

This is a precursor to the ongoing Anthropogenic Warming Scam. It was enacted at the Montreal Protocol on bunk science and all you need to do is “follow the money” to figure how and why it came to pass. Here’s my short video and post that explains the entire scam.

Lie: John Kennedy Jr. was a terrible pilot and his errors caused his death.

John Kennedy Junior died in a plane crash along with his wife and her elder sister on the way to a wedding. But there’s much, much more to this story, most of it suppressed. This excellent documentary (1  hour, 58 minutes) tells the whole story. You will likely find this program shocking. A “must watch.”

Lie: The World Trade Center collapsed from the heat of the upper level fires.

If you’ve never been exposed to the arguments regarding the implosion of the World Trade Center, you’ll find lots of information on this here. It’s obvious watching the footage of the towers coming down that they imploded from the bottom. There’s no way, based on physics alone, that these buildings would completely self-destruct from fires in the upper floors alone. And then there’s Building 7, which also imploded, but was not struck by a plane, or anything else, for that matter.

Anthropogenic Global Warming Scam (ongoing, but hopefully not much longer)

Lie: That man has a direct and devastating influence on the environment. 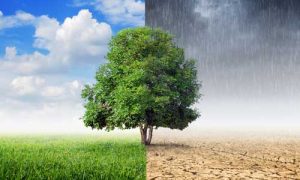 Climate always changes. The science is clear on that; it changes in cycles. However, the Anthropogenic Global Warming Scam, perpetrated by the United Nations (with Al Gore and Maurice Strong) in the background with their links to carbon exchanges (exchanges that buy and sell carbon credits for a fee).

The UN’s “story” on man-made warming has been fairly well debunked (it’s based on man-made computer simulations only, not on science), but there are lots of people out there who still think there’s something to it.

What is really concerning is the complete lack of knowledge of the argument by the media, who keep asking whether, for example, President Trump believes in “climate change.” Well, of course he does; climate changes all the time. So it’s some sort of attempt to “catch him up.” The correct question would be whether he believes man is a major cause of fluctuations in the global temperature.

The science tells us man has little influence on the global temperature, but that doesn’t seem to have much effect on the minds of the media or the masses. However, as the temperature turns down, it’ll be interesting to see how long it takes for the dialogue to change.

My video on Global Cooling lays out the science. You’ll get the whole story in a few minutes.

The Conspiracy to “Dump Trump” 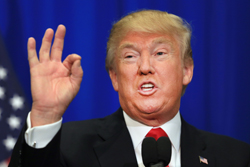 Let’s come full circle to what’s happening today. We have populist governments springing up all over the world. Change is not just “in the wind,” it’s happening at a rapid pace. There have been mass migrations throughout Europe, frequent terror attacks, authoritarian governments cropping up, and a reduction in freedom right across the world.

In Part One of this three part series, I described natural cycles and the changes that take place every 516 years. These large cycle tops (where we are right now) mean a turn colder in temperature and with it bring a financial collapse, many years of social and political upheaval, civil wars, mass migrations, and a shift in nation-power. Usually, over the period of a few hundred years, the nation in power switches from a western to eastern power (and back again at the subsequent 516 cycle peak). That’s the way it’s been since recorded history.

I’ve pulled material from a number of well-respected books that describe the history of these lies and the underlying motivation: It’s always about money.

It’s become obvious in my research that a conspiracy of international bankers has been at the heart of all our problems for not only the past 300 years, but throughout history. Each time we complete a cycle, we have a tremendous shift in the political and financial framework. We began to leave feudalism in the 1500s, for example. We are moving towards socialism and authoritarianism, that’s obvious.

But on the other side of what I can only describe as a major social, political, and financial revolution, the world will be a better place. This has always been the case as a result of similar revolutions in the past.

The old world order is trying to keep the status quo. In the US, there’s a ‘Deep State’ that’s bound and determined to move the country towards war; hence the Russiagate theme. War is good for the ‘Deep State’—it keeps the money flowing.

Donald Trump has sworn to at least audit the Federal Reserve. That’s a pronouncement that has ended in death and destruction for very many leaders before now. However, this time, we have an all-powerful 516 natural cycle washing over the world. People’s minds are changing, as they always have at the tops of these major cycles. This is a mass movement of change that hasn’t been seen in over 500 years.

The New World Order championed by central banks is showing cracks. It will eventually dissolve into dust. But there’s going to be a lot of pain along the way. Donald Trump is somewhat of a martyr in leading the way. What you’re seeing is a concerted effort to ensure he fails.

The media has been used as a powerful tool in the past—getting the US into the First World War is a great example. You’re seeing the mainstream US media being used to spread “fake news.” But the interesting thing is that many Americans just aren’t buying it.

President Trump is in for a battle; we’re just getting started.

The Signs Are All There

The signs are all there, if you care to look. It’s quite well known that most people “see what they want” and aren’t particularly interested in hearing about anything that’s contrary to their well-baked-in beliefs.

Soon, as the lies are uncovered, it will be more and more difficult to hide from the centuries of deception. As climate turns colder and we head into the predicted mini-ice age, the masses will wake up. There’ll be little patience for the villains who’ve stolen our money, freedom, and loved-ones. We’ll no doubt finally see banksters in ruin (and prison). The super-rich will be vilified; plotters will be uncovered. Mobs will rule and there will be few places to hide for those who are deemed corrupt.

It’s going to be a very volatile time, but because history “rhymes,” we have somewhat of a roadmap for what should happen. Society will gradually be cleansed, but it will take civil wars, death, sickness, and a good dose of evil still to come to get us there. If we’re to believe the past, when it’s all done, we should have a better world for our children and generations to come.

Stay safe and be patient. Things are about to change.