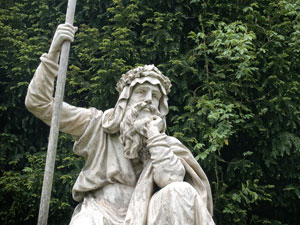 Third waves of ending diagonals almost always grind away at the top before they eventually exceed the target and then turn to the downside.

That’s certainly the case here, but what makes this topping process even more frustrating to watch is the fact that major asset classes are slowly lining up to turn at the same time. This is action that I’ve been predicting for several years now, something called “All the Same Market,” a phrase that Robert Prechter originally coined.

It’s debt gradually coming to the point where it is unsustainable. Eventually, all major asset classes and stock exchanges around the world will top at the same time and head down with the entire financial system — the turning point somewhere around the end of 2020 or the early part of 2021, I believe.

In the meantime, we have to put up with brutally slow turns as everything lines up. Trading is patience, waiting for the setup, and staying away from the erratic ups and downs of the market as all these “players” oscillate to their turn points.

So let’s just quickly review what’s going on with the assets I cover:

DAX (the German exchange) sits right now near the top of a fourth wave. That being the case, it requires a fifth wave up to a double top around the 12,700, in other words, a new high. The fourth and fifth here are likely to coincide with the fourth and fifth waves of the ending diagonal in the US indices.

IWM (The Russell 2000) is tracing out an impulsive wave to a new high above 161. It’s currently in the fourth wave. It also will need a small fifth wave to complete, before the trend change. The direction is up.

The US Dollar Index is in what appears to the second wave of a C wave down. It is getting set up this weekend to start the move down. The direction is down from here.

Currency pairs are in different patterns, but they all appear to be setting up for large moves.

WTI Oil now looks like it’s in the middle of a first wave down. This would set it up for a large move to the downside, which should coincide with the 4th wave down of the ending diagonal in the US indices. Whenever a major asset class hits the news, like oil has this past week, expect a change in trend.

Gold and Silver. I’m expecting some weakness here, which may happen in conjunction with the 4th wave of the ending diagonal in the US indices.

In short, all these “players” appear to be setting up for a major move, which in many cases may not happen until at least the middle of next week.

Third waves of ending diagonals have a habit of hanging around near the top before finally topping and changing direction. That said, this particular third wave topping procedure is more frustrating than usual. That's because, in this case, we have a variety of asset classes all trying to synchronize their tops at the same time.

Note that the daily technicals (RSI) are still quite supportive of a continuing rally.

I put us near the top of the third wave of the ending diagonal. We need to get to a new high before turning back down in the fourth wave, which I expect to descend about 200 points to the lower trendline.

The slope of the upper trendline gets determined by the third wave high, but because of restrictions in the SP500, I don't expect much higher than about 3040.

The lower trendline is determined by the bottom of the fourth wave. There's a restriction here, as well, in that the trendlines cannot diverge. They usually get close to being parallel, but if they diverge, then the ending diagonal breaks and I would expect us to descend further in that case.

After the fourth wave is complete, there is one more wave up to a new high to complete the ending diagonal.